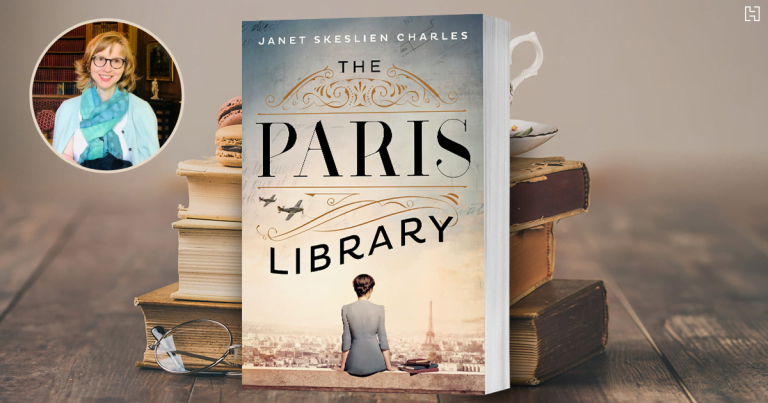 If I looked at your internet history, what would I learn about you?

You’d learn that I obsessively googled Dorothy Reeder, the Directress of the American Library in Paris, as well as her colleagues! We are so lucky that archivists and librarians add new documents to online collections every day so that we are able to research our history. I am thankful to JSTOR and the American Library Association for sharing documents and making my research possible. I also tracked down the children, grandchildren, and nephews of my real-life characters through Twitter, Facebook, and online phone directories. I bought photos of Miss Reeder and the Library on eBay. It is amazing how much of our history is accessible. I’m grateful for the librarians and institutions that make knowledge available to us, no matter where we are.

I went to Paris to work as a teaching assistant in a French school “for a year,” and ended up staying for over a decade. I began to volunteer at the American Library in Paris, leading creative writing workshops for teens. I eventually got a job there as the programs manager. When colleagues told me the incredible story of the librarians who defied the Nazi “Library Protector” in order to deliver books to Jewish readers, I knew the story was a novel and sat down to write it.

The French governmental program for English speakers to teach in France still exists. Here is the link: https://www.ciep.fr/en/foreign-language-assistants-in-france

What was the research process like for this book?

While writing, I spent several years examining photos and reading. At the Bibliotheque Nationale de France, I went through two years of the Library Journal magazine and the Paris edition of the New York Herald. It was fascinating to read about the concerns of the time, to see the ads for fashion, and to see how people coped during a stressful, difficult time when no one was certain what would happen. A bit like now. I read several books on the history of World War II as well as memoirs written by women who played an active role. I read personal accounts of French prisoners of war in Germany, as well as their letters to family members. I spent time the Memorial de la Shoah, France’s Holocaust Museum and Archive Center, to read ‘crow letters’ and to read about the treatment of Jewish people during the war. At the Quai Branley Museum, I went to an exhibit on hair, which included World War II footage, and read several works about women who had their heads shaved in public during the war. I watched documentaries that featured women who had had their heads shaved. Over fifty years later, the women were still ashamed and spoke with their backs to the camera. They did not want to be pictured or named. I read books on the Cold War and missiles in the United States. It was not cheery research, and to be honest, it took a toll.

What do you hope readers will take away from the book?

I hope that the reader will take away the importance of libraries and communities, and the importance of coming together and supporting each other. The transmission of our stories, our histories, is vital. I could have just written the World War II story; however, my goal in writing this book was to show that it is vital to seek out others, help others, and to really listen to others. Odile shares her story with Lily, and Lily carries Odile’s friends and family in her heart. Lily will share Odile’s story, and Miss Reeder and everyone in the Library will live on through her. Our stories and our wisdom about the world disappear if it is not shared.

If you could give one piece of advice to aspiring authors, what would it be?

Believe in your story and keep writing! Publishing can be a tough business. For this book, it took perseverance and 75 query letters to agents. The process takes the time that it takes. 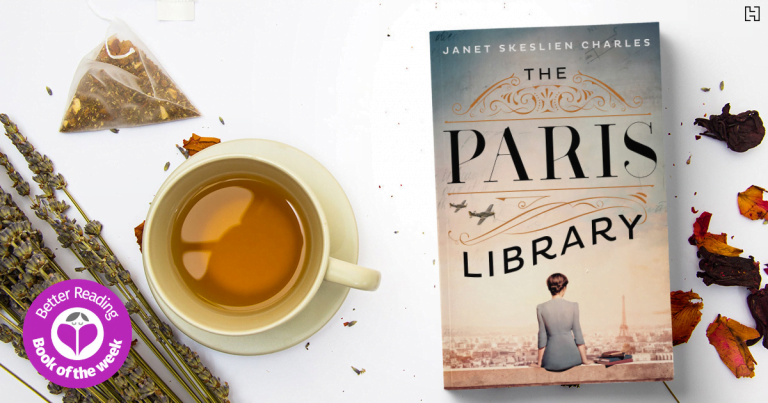 Charming and Unforgettable: Read an Extract of The Paris Library by Janet Skeslien Charles Heartbreaking and Uplifting: Read our review of The Paris Library by Janet Skeslien Charles Podcast: Janet Skeslien Charles on the Unusual Woman Who Sparked Her Love of France‬ 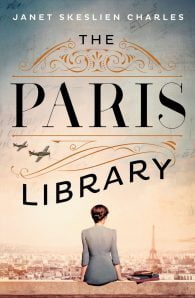 Inspired by the true story of the librarians who risked their lives during the Nazis' war on words: a story of courage and betrayal inspired by real-life defiance in Occupied Paris, perfect for fans of All the Light We Cannot See, The Book Thief and The Guernsey Literary & Potato Peel Pie Society. PARIS, 1939 Odile Souchet is obsessed with books, and her new job at the American Library in Paris - with its thriving community of students, writers and book lovers - is a dream come true. When war is declared, the Library is determined to remain open. But then the Nazis invade Paris, and everything changes. In Occupied Paris, choices as black and white as the words on a page become a murky shade of grey - choices that will put many on the wrong side of history, and the consequences of which will echo for decades to come.MONTANA, 1983 Lily is a lonely teenage desperate to escape small-town Montana. She grows close to her neighbour Odile, discovering they share the same love of language, the same longings. But as Lily uncovers more about Odile's mysterious past, she discovers a dark secret, closely guarded and long hidden.Based on the true Second World War story of the heroic librarians at the American Library in Paris, this is an unforgettable novel of romance, friendship, family, and of heroism found in the quietest of places. 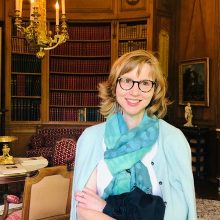 Janet Skeslien Charles is an award-winning author with over a decade's worth of roaming the streets of Paris and researching in its libraries. Her debut novel, Moonlight in Odessa, was published in ten languages and was awarded the Melissa Nathan prize and the Completement Livre prize in Strasbourg.Originally from Montana, as a child she lived on the same street as a French war bride and was fascinated by the war stories of her French professor. Janet began to research The Paris Library when she worked as Programs Manager at the American Library in Paris. Until recently she taught in Paris, where she still lives. 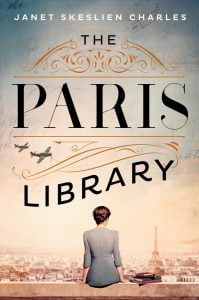