Appearances Can Be Deceiving: Read an Extract from One of Us by Kylie Kaden There was crowded, hurried, organised chaos as paramedics manoeuvred between police in paper booties. First responders in bottle-green overalls rushed to the victim on the living-room floor.

But the detective stood deathly still and watched.

The secret to finding reason in every crime scene was the detail. The debris of modern living was everywhere – a half-eaten yoghurt tub, crumb-speckled plates piled on the breakfast bar. The detective noticed crayon-scribbled walls, a scooter thrown in a doorway, a private-college schoolbag abandoned mid-hall. He scanned the happy snaps perched on the buffet, the smiles and laughter. Those images would soon be recoded, stored in the family’s ‘before’ memories. Before this day, the day their lives were torn to pieces.

A shell-shocked, teary teenager sat hunched on the wing chair. And there she was: the wife. The attractive, middle-aged woman sat slumped in silence on the couch, hands splayed on either side of her like stabilisers.

The show carried on around her in double speed, contrasting her stillness. She seemed not to have realised she was an integral player in the scene. That every reaction, or lack of one, was being analysed.

She was difficult to decode. Her expression remained blank, but her face looked as if a whole world of trouble was going on inside, her eyes fearful of some unknown terror…

Buy a copy of One of Us here. Your Preview Verdict: One of Us by Kylie Kaden How do Lies Affect Trust in a Marriage? Q&A with The Day the Lies Began Author, Kylie Kaden A Haunting and Unputdownable Domestic Noir: Read an Extract from The Day the Lies Began by Kylie Kaden A Gripping and Compelling Read: Review of The Day the Lies Began by Kylie Kaden 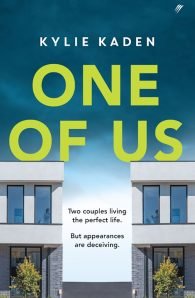 Behind the tall hedges of the affluent, gated community of Apple Tree Creek, not all is as it seems …Out of the blue, Gertie's husband decides they need a break and he's leaving her with their three children. Two streets east and three gardens down, successful businesswoman Rachael discovers her husband has cheated on her – again – even though she's pregnant with his third child. Thrown together by a chance encounter, the two women bond over the shared disaster that is their marriages. But did one husband push his wife too far?When the ambulance sirens cut through the serenity of Apple Tree Creek, the small community is shocked at the violence that's played out in their midst. CCTV reveals no outsiders visited the estate that night, confirming that the assailant must have been one of their own. Is the culprit still living among them? And why didn't any of the cameras, designed to keep them all safe, catch anything?As the web of neighbourly relationships unravels and the workings of their inner lives are exposed, questions will be asked, but not everyone wants to learn the answers.You can only push people so far. 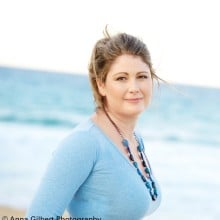 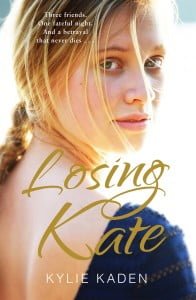 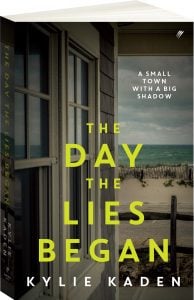 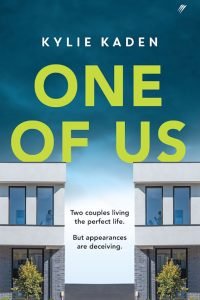