I am moved by the incredible power of the human spirit to maintain hope, especially when ordinary lives are in jeopardy because of war. Daughters of War is about people, not horrors. The external driver is the war, but the heart of the story is how my three Anglo-French ‘Baudin’ sisters cope with it and each other. The sister relationship was my inspiration – the deep bonds, the arguments, the jealousies, and the secrets. They have to learn to be brave, just as my mother did during WWII when, at just fourteen, she was a fire watcher on the roof of Boots the chemist in Sheffield. While I was writing, I often wondered how she must have felt, and I needed to access that.

My mother married young and three years after the end of WWII, I was born in Malaysia, known then as British Malaya. While the war had ended, the danger had not. I grew up during the ensuing Malayan ‘Emergency’ in reality a time of prolonged guerrilla warfare. WWII was not a distant memory but an on-going presence. Malaya had been crushed by the Japanese occupation and my father’s job was to restore the country’s broken postal systems. Tricky when he could be fired upon by so-called Chinese ‘terrorists’ concealed in the jungles and fighting for Malaya to become a communist state.

Most readers want to feel something when they read, and to write fiction that evokes emotion you must open yourself up in front of everyone. When I’m writing I’m on as much of a heart-felt journey as my characters, and ultimately my readers. WWII offers ready-made epic escapist fiction, delivering antagonists, enemies, and heroes. The unusual challenges the characters face should evoke an emotional response, but only if an author can capture moments that connect with a reader’s own experience of life.

I hit on the idea of viewing the war from a rural village perspective. I wanted my readers to escape to the exquisite beauty and tranquillity of The Dordogne, an area of outstanding natural beauty, but threatened by the war. Its lush landscape with hill-top villages overlooking valleys, gorges, caves, waterfalls, and rivers, plus the famous medieval towns, castles, and chateaux, was a perfect contrast with what was happening in 1944.

In Daughters of War, my three sisters are desperate for liberation from the brutal Nazi occupation and for normal life to return. People are hungry or in hiding, there are executions and disappearances. I wanted to write women my readers would really root for. Most of us like characters who change and grow just as we do. We like their stories to touch our hearts. We want to care, to love the characters or hate them, to feel suspense, fear, or joy along with them.

So, how do the three women find courage and a reason to go on in the face of such darkness? How do any of us? My darkest time, when I lost my teenage son in a motorbike accident, almost broke me. But not quite. Before it happened, I was certain I would never recover from the loss of one of my children. And yet, although it was terribly hard and took a huge toll, I dug deep and found strength I didn’t know I had. And that’s the key to it all. That’s what so exciting in fiction. None of us know what we can do until we are faced with a situation that forces us to find out. One of the ways I survived was by, at the age of sixty, drawing on the experience and writing my first novel.

The pandemic robbed me of a visit to France this time and I had to rely on my memories. I wrote the initial draft during the first lockdown here in the UK in 2020. It wasn’t as terrifying as a war, but we were also living under abnormal constraints. There was something ‘out there’ to fear. We were isolated. Uncertain. None of us knew the outcome. Facing restrictions, while writing about restriction, opened my mind to the fortitude and courage of people who lived through WWII. I hope that has resulted in a genuine emotional heart to the book – for me it’s the most important thing. Can War Break this Family Apart? Read an Extract from Daughters of War by Dinah Jefferies Your Preview Verdict: Daughters of War by Dinah Jefferies Sisters, Secrets and Bravery: Read Our Review of Daughters of War by Dinah Jefferies Podcast: Dinah Jefferies on the Influence Living in Spain had on Her Writing Career 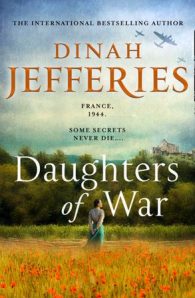 The first book in the sweeping new historical series from th No.1 Sunday Times bestselling author. France, 1944. Deep in the river valley of the Dordogne, in an old stone cottage on the edge of a beautiful village, three sisters long for the end of the war. Hélène, the eldest, is trying her hardest to steer her family to safety, even as the Nazi occupation becomes more threatening. Elise, the rebel, is determined to help the Resistance, whatever the cost. And Florence, the dreamer, just yearns for a world where France is free. Then, one dark night, the Allies come knocking for help. And Hélène knows that she cannot sit on the sidelines any longer. But secrets from their own mysterious past threaten to unravel everything they hold most dear. The first in an epic new series from the No.1 Sunday Times bestseller, Daughters of War is a stunning tale of sisters, secrets and bravery in the darkness of war-torn France… 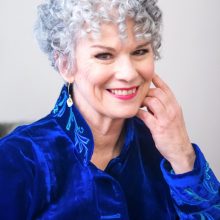 Dinah Jefferies is the author of the international bestseller, The Tea-Planter’s Wife. Born in Malaysia, she moved to England at the age of nine. When she began writing novels, deeply influenced by her Eastern childhood, she was able to return there on annual research trips for each new novel. With her most recent bestseller, her seventh novel The Tuscan Contessa, she has moved to writing about a European setting for the first time and continues that in this new series. She is published in 28 languages and over 30 countries. 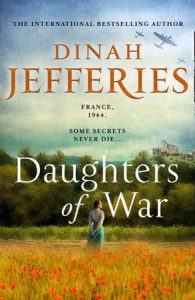