A Dark and Dramatic Page-Turner: Check Out an Extract from The Prison Healer by Lynette Noni Death arrived at twilight.
The little girl was down by the river picking jerriberries with her younger brother, their father crouched at the icy water’s edge replenishing his supply of aloeweed. The soothing gel would be needed later, given how many thorns had dug into her esh. But she could barely feel the pain, thinking instead of the supper that awaited them. Her mother made the best jerriberry jam in all of Wenderall, and since the silver berries were sweetest when picked just as the moon crested the night’s sky, she already knew this batch was going to be delicious. If only she could stop her brother from stuffing his face with them, then she could finally deliver enough to their mother to reap the bene ts of her labor.

The basket was barely half full when the first scream cleaved the quiet night air.

The girl and her brother froze, silver juice smeared around his half-open mouth, concern creasing her brow. Her emerald eyes looked to their father beside the wintry stream, a large bunch of aloeweed in his hands. His gaze wasn’t on the mossy plants, but staring up at their small cottage on the hill, his face draining of color.

“Quiet, Kerrin,” the man hushed his son, dropping the aloeweed and hurrying toward them. “It’s probably just Zuleeka and Torell play- ing around, but we should go check that —”

Whatever he’d intended to say about their older sister and brother was stolen by another scream and a crashing sound that echoed all the way down to where they stood.

“Papa—” The little girl spoke this time, jumping when her father wrenched the basket from her hands, berries flying everywhere, and caught her fingers in his crushing grip. She didn’t get the chance to say more before her mother’s shrill voice bellowed out a warning.

Her father’s grip turned painful, but it was too late for him to follow his wife’s order. Soldiers were pouring from the cottage, their armor glinting silver even in the limited light, their swords raised.

There were at least a dozen of them.

The little girl reached through the scratchy brambles for her brother’s hand, his palm sticky with jerriberry juice, his fingers trembling. There was nowhere to run, trapped as they were with the icy river at their backs, the current too fast and deep for them to risk crossing.

“It’s all right,” their father said shakily as the soldiers neared. “Everything will be all right.”

And then they were surrounded. A Magical Journey: The Medoran Chronicles by Lynette Noni 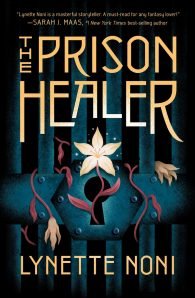 From bestselling Australian author Lynette Noni comes a dark, thrilling YA fantasy perfect for fans of Sarah J. Maas and Sabaa Tahir. Here at Zalindov, the only person you can trust is yourself. Seventeen-year-old Kiva Meridan has spent the last ten years fighting for survival in the notorious death prison, Zalindov, working as the prison healer. When the Rebel Queen is captured, Kiva is charged with keeping the terminally ill woman alive long enough for her to undergo the Trial by Ordeal: a series of elemental challenges against the torments of air, fire, water and earth, assigned to only the most dangerous of criminals. Then a coded message from Kiva’s family arrives, containing a single order: Don’t let her die. We are coming. Aware that the Trials will kill the sickly queen, Kiva risks her own life to volunteer in her place. If she succeeds, both she and the queen will be granted their freedom. But no one has ever survived. With an incurable plague sweeping Zalindov, a mysterious new inmate fighting for Kiva's heart, and a prison rebellion brewing, Kiva can't escape the terrible feeling that her trials have only just begun. 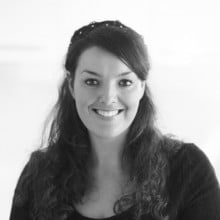 Lynette Noni grew up on a farm in outback Australia until she moved to the beautiful Sunshine Coast and swapped her mud-stained boots for sand-splashed flip-flops. She has always been an avid reader and most of her childhood was spent lost in daydreams of far-off places and magical worlds. She was devastated when her Hogwarts letter didn't arrive, but she consoled herself by looking inside every wardrobe she could find, and she's still determined to find her way to Narnia one day. While waiting for that to happen, she creates her own fantasy worlds and enjoys spending time with characters she meets along the way. 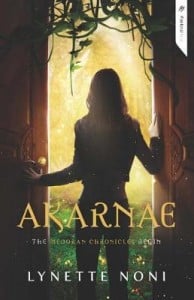 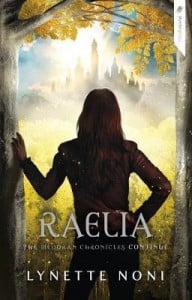 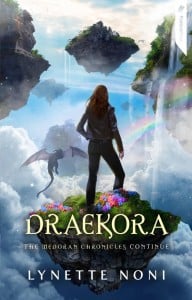 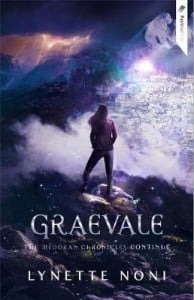 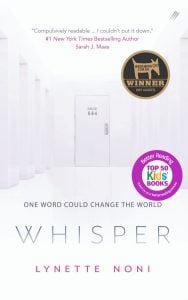 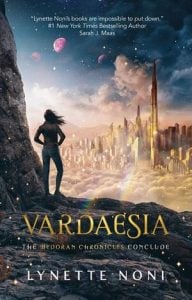 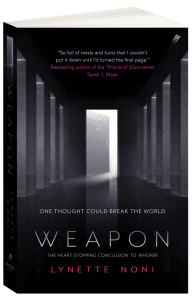 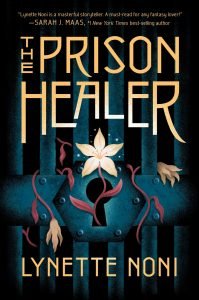