Magical and Enchanting: Read an Extract from The Callers by Kiah Thomas Quintus Octavius had been staring at the same blank spot on the table for twenty-six minutes.

“Banana,” he said, for the twelfth time.

He held his breath.

Quin opened his eyes as wide as he could. Maybe he wasn’t staring hard enough. Drops of liquid gathered at the corners of his eyes. His eyebrows ached.

His nose twitched. He opened his eyes even wider still. Something was about to happen; he could feel it.

Someone behind him snorted. Quin froze. He hadn’t realized there was anyone else in the room.

“I think you almost had it that time,” said his sister, Davinia. Quin could hear the laughter in her voice.

He sighed. “What do you want, Dav?” he asked, keeping his gaze fixed on the table.

“Maybe you should try something else,” said Davinia, ignoring him. She held out her hand. “Like an orange. Or a melon.”

Quin watched as the air shimmered and the fruit thudded softly on the table.

Then Davinia held out her hand again. “Though a banana does sound good to me,” she said with a sly grin…

Buy a copy of The Callers here. Your Preview Verdict: The Callers by Kiah Thomas A Thought-Provoking Adventure: Read Our Review of The Callers by Kiah Thomas 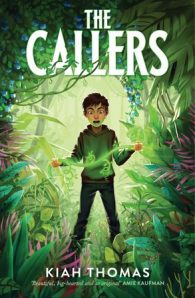 For ages 8+In the world of Elipsom, the ability to Call, or summon objects, is a coveted skill. And yet despite being born into a family of Callers, Quin doesn't have the gift.But everything changes when instead of summoning an object, Quin makes something disappear. He quickly discovers that the objects Callers bring into their world aren't conjured at all, but are taken from another land, and another people who have had their lives slowly stolen from them.Now Quin must team up with Allie, a girl who's determined to stop this unjust practice, and decide whether he should remain loyal to his family, or betray them-and save the world.From dazzling newcomer Kiah Thomas comes an arresting, fast-paced and thought-provoking adventure about the consequences of wanting more than we need. 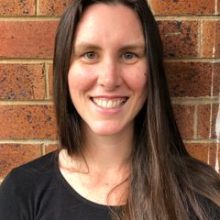 Kiah Thomas started telling stories when she was a kid; reimagining the endings in books she read. She rediscovered her love of kids books when she had children of her own, and started writing beginnings as well as endings. Kiah is passionate about books that kids and adults can enjoy together. She lives on the south coast of NSW with her husband, three children and at least seven stuffed toy penguins. 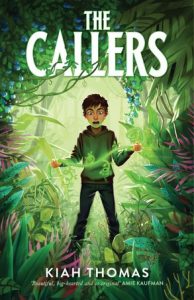