The ramshackle warehouse was the wrong side of the river, the south side, where the buildings jostled for space and the little boats unloaded pocket-size cargos for scant profit. The wealth of London passed them by, sailing upstream to the half-built new Custom House, its cream stone façade set square on the fast-flowing river, as if it would tax every drop of the roiling dirty water. The greatest ships, towed by eager barges, glided past the little wharves, as if the quays were nothing but flotsam, sticks and cobbles, rotting as they stood. Twice a day even the tide deserted them, leaving banks of stinking mud, and piers of weedy ramps rising like old bones from the water.

This warehouse, and all the others leaning against it, like carelessly shelved books, shuddering along the bank towards the dark channel at the side, were hungry for the wealth that had sailed with the new king in the ship that had once been Oliver Cromwell’s, into the country that had once been free. These poor merchants, scraping a living from the river trade, heard all about the new king and his glorious court at Whitehall; but they gained nothing from his return. They saw him only once, as he sailed by, the royal pennants flying fore and aft, once and never again: not down here, on the south side of the river, on the east side of the town. This was never a place that people visited, it was a place that people left; not a place that ever saw a grand carriage or a fine horse. The returning king stayed west of the City, surrounded by aristocratic chancers and titled whores, all of them desperate for promiscuous pleasure, jerked back from despair by gamblers’ luck: not one of them earning their good fortune. Dark Tides is Another Spellbinding Historical From Philippa Gregory 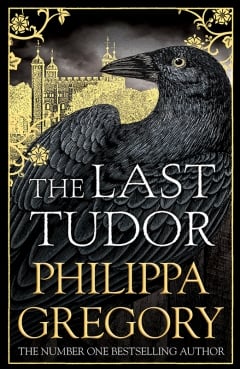 #1 New York Times bestselling author Philippa Gregory’s new historical novel tracks the rise of the Tidelands family in London, Venice, and New England. Midsummers Eve, 1670. A wealthy man waits outside a poor London warehouse to meet with Alinor, the woman he failed twenty-one years before. He has everything to offer, wealth, land, status, and he believes she has the only thing he cannot buy: his son and heir. The warehouse is failing, clinging on to poor business in Restoration London—a city gone mad for pleasure. But will Alinor and her family sell-out to Sir James? Meanwhile in New England, Alinor’s brother Ned, who rebelled against the Crown, cannot find justice in the New World, as the King’s revenge stretches across the Atlanic and turns the pioneers against each other and against the native Americans. A beautiful widow, Livia, arrives from Venice, telling them Alinor’s son, Rob, has drowned and that she needs the family’s help with a profitable new trade. She will import beautiful statues of marble and bronze to fuel the classical craze among the wealthy landowners. She enchants the warehouse family with her son, their new heir; her sensual carefree warmth; and promises of wealth to come. She captures Sir James and spins them all into a mesh of deceit which only the brave little daughter of the warehouse can break. Sarah searches for the truth about Livia in Venice bringing home the stunning denouement to this, the second book in the Fairmile series.