Try an Extract From Alison Stuart’s, The Goldminer’s Sister Eliza Penrose jumped back, tripping on the wooden boardwalk as a chestnut horse careered down the road, avoiding bullock carts and pack horses and sending pedestrians jumping for safety. She fell backwards into an undignified heap, gasping for breath as a small crowd began to gather around her. A child laughed.

‘Are you ’urt?’ Amos Burrell, the coachman who had brought her to Maiden’s Creek, crouched next to her, concern written on his broad, friendly face, a beefy hand outstretched to help.

‘Don’t you have eyes in your head?’ The rider’s angry voice was tinged with the soft consonants of a Scottish burr.

Her face burning, Eliza allowed Burrell to help her to her feet and managed a shaky thanks to the coachman before turning to the inconsiderate rider, who had brought his horse to a halt and now glared down at her.

‘Look what you’ve done!’ She held out the mud-streaked skirts of her green travelling coat, her anger masking a sudden, irrational urge to burst into tears. She had not come all the way from England to greet her brother in this dishevelled state.

The Scotsman looked her up and down. Even in the saddle he sat straight and tall, his broad shoulders straining beneath a heavy woollen jacket. Brown hair curled beneath his wide-brimmed felt hat. He leaned on the pommel of his saddle and said, ‘And you, madam, shouldn’t have been standing in the middle of the road.’ Alison Stuart has Struck Gold with The Goldminer's Sister 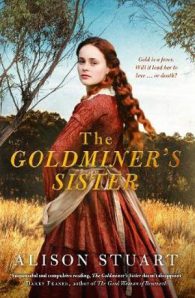 Gold is a fever. Will it lead her to love ... or death? A suspenseful romance set on the turbulent goldfields of 1870s Australia, for readers of The Postmistress and The Woman in the Green Dress.There are people in this town with the gleam of gold in their eyes and cold steel in their hearts.'1873. Eliza Penrose arrives in the gold mining town of Maiden's Creek in search of her brother, planning to make a new life for herself. Instead she finds a tragic mystery - and hints of betrayals by those closest to her.Mining engineer Alec McLeod left Scotland to escape the memory of his dead wife and child. Despite the best efforts of the eligible ladies of Maiden's Creek, Alec is determined never to give his heart again.As lies and deceit threaten Eliza's life, Alec steps in - although he has problems of his own, as he risks his livelihood and those he holds dear to oppose the dangerous work practices at the Maiden's Creek Mine.When disaster draws the pieces of the puzzle together, Eliza and Alec must save each other - but is it too late? 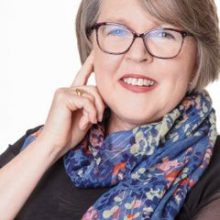 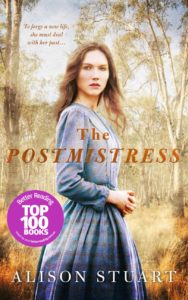 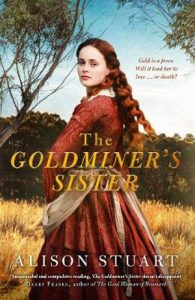 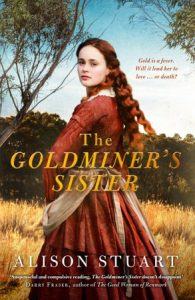