An Absolute Pleasure: Read our Review of A Murder at Malabar Hill by Sujata Massey It’s rare for me to so immediately relax into a book and become a reader rather than the reviewer, but that’s what I did with A Murder at Malabar Hill. Right from the opening I knew I was in expert hands, as author Sujata Massey’s polished writing swept me up into this marvellous novel.

A Murder at Malabar Hill is a historical mystery set in Bombay in 1921, with a duel subplot set a few years earlier. The main character is the fabulous Miss Perveen Mistry, the first female solicitor in India, who has an Oxford education and now works for her father’s firm. This courageous, likeable and determined young lawyer-turned-sleuth will appeal to readers of Phryne Fisher and Precious Ramotswe.

Mistry Law has been appointed to execute the will of Mr Omar Farid, a wealthy mill owner who has left three widows behind. But as Perveen examines the paperwork, she notices something strange: all three wives have signed over their full inheritance to a charity. What future will they have?

Perveen is suspicious, especially since one of the widows has signed her form with an X. Could she even read the document? The Farid widows live in strict seclusion, never leaving the women’s quarters or speaking to any men. Perveen has her own tragic history, so worries that the women are vulnerable to injustice.

As Perveen comes closer to the truth, tensions escalate to murder, the widows fall under suspicion and Perveen must figure out what’s really happening on Malabar Hill.

With a slew of awards already, A Murder at Malabar Hill is the first instalment of what promises to be an exceptional series. I adored the setting and Massey’s descriptions of 1920s Bombay are vivid and fascinating. Perveen is Parsi, so the novel offers an interesting glimpse into that affluent, cultured community as well.

Tight plotting, exceptional writing and truly fabulous characters make this novel a joy to read. Massey’s light and colourful prose belies the more important themes in the book, such as women’s rights. Parveen has a background story that unfolds and appears to be setting up future books, which is great to know because I for one will be lining up for each new instalment. If you’re looking for a great read for the new year, this is it. An absolute pleasure. Vivid, Rich, and Utterly Absorbing: Take a Sneak Peek at A Murder at Malabar Hill by Sujata Massey 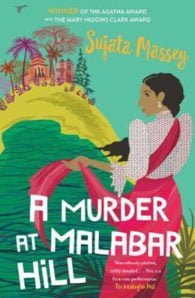 2019 American Library Association Reading List for Mystery: Winner and Top PickWinner of the 2019 Mary Higgins Clark AwardWinner of the 2019 Lefty Award for Best Historical NovelWinner of the the 2018 Agatha Award for Best Historical NovelFinalist for the 2019 Shamus Award'A Murder at Malabar Hill, with its deft prose and well-wrought characters, is a splendid first installment in what promises to be a memorable series.' The Wall Street Journal 'Marvelously plotted, richly detailed . . . This is a first-rate performance inaugurating a most promising series.' The Washington Post 'Perveen Mistry has all the pluck you want in a sleuthing lawyer, as well as a not-so-surprising - but decidedly welcome - proclivity for poking her nose into the business of others. The pages do indeed fly.' The Globe and MailInspired in part by the woman who made history as India's first female attorney, A Murder at Malabar Hill is a richly wrought story of multicultural 1920s Bombay as well as the debut of a sharp and promising new sleuth.1920s Bombay: Perveen Mistry, the daughter of a respected Zoroastrian family, has just joined her father's law firm, becoming one of the first female lawyers in India. Armed with a legal education from Oxford, Perveen also has a tragic personal history that makes women's legal rights especially important to her.Mistry Law has been appointed to execute the will of Mr. Omar Farid, a wealthy Muslim mill owner who has left three widows behind. But as Perveen examines the paperwork, she notices something strange: all three of the wives have signed over their full inheritance to a charity. What will they live on? Perveen is suspicious, especially since one of the widows has signed her form with an X - meaning she probably couldn't even read the document. The Farid widows live in full purdah - in strict seclusion, never leaving the women's quarters or speaking to any men. Are they being taken advantage of by an unscrupulous guardian?Perveen tries to investigate, and realizes her instincts were correct when tensions escalate to murder. Now it is her responsibility to figure out what really happened on Malabar Hill, and to ensure that no innocent women or children are in further danger. 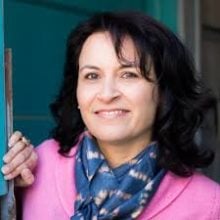 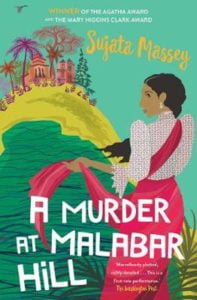