House of Earth and Blood by Sarah J. Maas is Unforgettable, Rich and Fantastic The story of half-Fae and half-human Bryce Quinlan as she seeks revenge in a contemporary fantasy world of magic, danger, and searing romance.

Bryce Quinlan had the perfect life. She was a young, attractive party girl, working a day job in an antiquities store and spending the nights getting drunk and high with her best friends. Until one night a demon murders Bryce’s closest friends. And her best friend. Bryce is left bereft, wounded and alone. The culprit is found and imprisoned and Bryce tries to move on with her life. But then two years later the crimes start up again. The accused is still in prison, so the investigation begins anew, and Bryce finds herself at the heart of it. She will do whatever it takes to avenge the death of her friends.

Hunt Athalar is a notorious Fallen angel, now enslaved to the Archangels he once attempted to overthrow. His enslavement? To use his brutal skills and incredible strength to assassinate his boss’s enemies, no questions asked. But with these crimes wreaking havoc in the city, he’s offered an irresistible deal: help Bryce find the murderer, and his freedom will be within reach.

As Bryce and Hunt start working together to solve these crimes, they dig deep into Crescent City’s underbelly, discovering a dark power that threatens everything and everyone they hold dear. But they also find in each other a blazing passion. They’d both sworn off being involved with people, but could this attraction set them free from the rules they’ve put on themselves? As their undeniable attraction grows, so too does the darkness in the city. Will they be able to save their city, and each other, before it’s too late?

Sarah J. Maas has delivered a rich and fantastic urban fantasy world in House of Earth and Blood. She is the queen of worldbuilding, with the world she builds being just similar enough to our own to easily place ourselves in it, but with the fantastic addition of angels, fae, werewolves and many other magical creatures to set it apart. This is the story for those who truly want to escape the ‘real world’ while they read. It will completely transport you to a brand-new universe and immerse you in their politics, their languages, their customs. You will find yourself dreaming of escaping to this make-believe magical world, and just hoping that it might really exist.

With unforgettable characters, Maas writes a deliciously torturous slow-burn romance cut through with page-turning suspense. It is no surprise that she is a #1 New York Times bestselling author, and House of Earth and Blood is a brilliant start to her new Crescent City series. A series that delves into the heartache of loss, the price of freedom – and the power of love. It Never Gets Old: House of Earth and Blood Author, Sarah J. Maas on Holding her Finished Novel Have a Sneak Peek at House of Earth and Blood by Sarah J. Maas 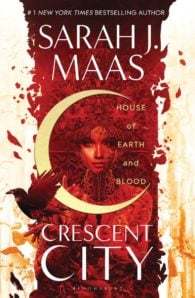 #1 New York Times bestselling author Sarah J. Maas launches her brand-new CRESCENT CITY series with House of Earth and Blood: the story of half-Fae and half-human Bryce Quinlan as she seeks revenge in a contemporary fantasy world of magic, danger, and searing romance. Bryce Quinlan had the perfect life-working hard all day and partying all night-until a demon murdered her closest friends, leaving her bereft, wounded, and alone. When the accused is behind bars but the crimes start up again, Bryce finds herself at the heart of the investigation. She'll do whatever it takes to avenge their deaths.Hunt Athalar is a notorious Fallen angel, now enslaved to the Archangels he once attempted to overthrow. His brutal skills and incredible strength have been set to one purpose-to assassinate his boss's enemies, no questions asked. But with a demon wreaking havoc in the city, he's offered an irresistible deal: help Bryce find the murderer, and his freedom will be within reach.As Bryce and Hunt dig deep into Crescent City's underbelly, they discover a dark power that threatens everything and everyone they hold dear, and they find, in each other, a blazing passion-one that could set them both free, if they'd only let it.With unforgettable characters, sizzling romance, and page-turning suspense, this richly inventive new fantasy series by #1 New York Times bestselling author Sarah J. Maas delves into the heartache of loss, the price of freedom-and the power of love. 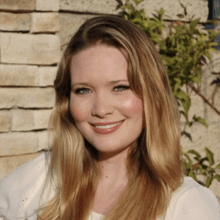 Sarah J. Maas wrote the first incarnation of her debut novel, Throne of Glass, when she was just sixteen. Since its publication, it has been shortlisted for the Waterstones Children's Teen Book of the Year and has sold in sixteen languages. The sequels, Crown of Midnight and Heir of Fire, are New York Times bestsellers. When Sarah is not writing, she can be found watching everything from Star Wars to Hayao Miyazaki films and reading fairy tales. 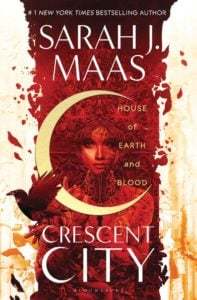 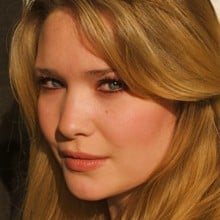 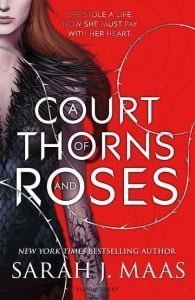 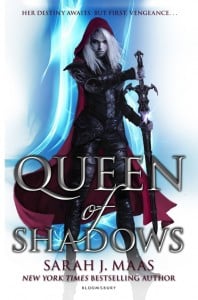 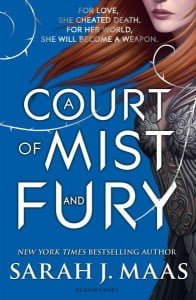 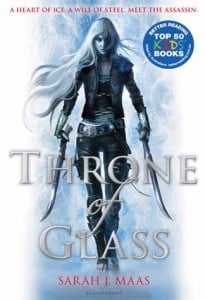 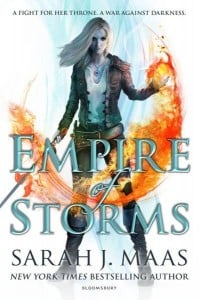 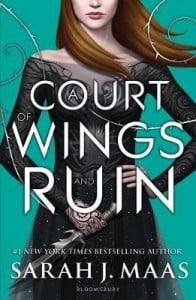 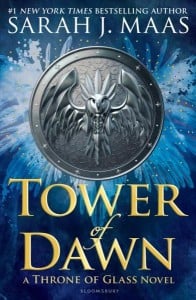 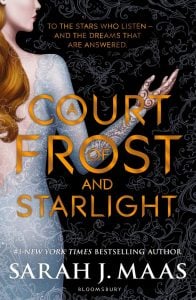