Nail-Biting Nordic Noir: Read Our Review of The Therapist by Helene Flood From the mind of a psychologist comes a chilling domestic thriller that will get under your skin.

At first it’s the lie that hurts. A voicemail from Sara’s husband Sigurd tells her he’s arrived at the holiday cabin to meet his friends for the weekend. Then a call from his friend confirms he never did. Sara brushes it off as a misunderstanding or practical joke.

Sara tries to carry on life as normal, working hard as a therapist, teasing out her clients’ deepest fears. As the hours since Sigurd disappeared stretch out, her own worst fears begin to surface. And when the police finally take an interest, they want to know why Sara deleted that voicemail.

To get to the root of Sigurd’s disappearance, Sara must question everything she knows about her relationship. Could the truth about what happened be inside her head?

The Therapist, translated from Norwegian by Alison McCullough, is Helene Flood’s debut novel. 30,000 copies of The Therapist sold in two months in Norway, with rights swiftly sold to twenty-four territories, firming its spot as a thriller to look out for. This gripping psychological thriller delivers twist after twist—even once you think all the ends have been tied.

Flood herself is a psychologist with expertise in the areas of violence and traumatic stress. This experience lends great authenticity to her portrayal of psychologist Sara. In the novel, we follow Sara’s daily routine as she sees patients, but we are also privy to her innermost thoughts as she tries to entangle the motivations, suspicions and frustrations of both herself and those around her. A tenacious, intelligent character, it is really Sara who leads the investigation into her husband’s tragic disappearance—more so than the indifferent inspector Gundersen.

Unlike other works of Nordic noir, The Therapist is not particularly violent or graphic. In fact, the novel dedicates large segments to flashbacks when Sara and Sigurd first met as students and fell in love. Flood’s detailed depiction of these characters and their relationship indicates she has deep insight into the human mind as a psychologist. As Sara reminisces about trying to have a baby, renovate a house and build her career, I almost forgot I was reading a thriller. But I was quickly reminded, as Flood kept on delivering blows, and the pieces of the puzzle began to slowly add up.

The Therapist is a gripping psychological thriller that is perfect for readers who enjoy a side of relationship drama alongside their mystery. An outstanding debut from Helene Flood. 5 Quick Questions with Helene Flood, Author of The Therapist A Chilling Domestic Thriller: Read a Sample Chapter of The Therapist by Helene Flood 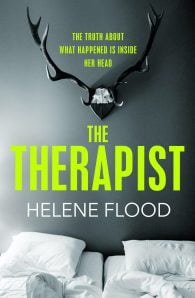 From the mind of a psychologist comes a chilling domestic thriller that gets under your skin. A voicemail from her husband tells Sara he's arrived at the holiday cabin. Then a call from his friend confirms he never did. She tries to carry on as normal, teasing out her clients' deepest fears, but as the hours stretch out, her own begin to surface. And when the police finally take an interest, they want to know why Sara deleted that voicemail. To get to the root of Sigurd's disappearance, Sara must question everything she knows about her relationship. Could the truth about what happened be inside her head? 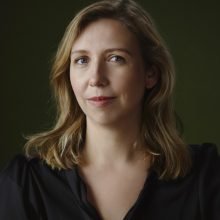 Helene Flood is a psychologist who obtained her doctoral degree on violence, revictimization and trauma-related shame and guilt in 2016. She now works as a psychologist and researcher at the National Centre for Violence and Traumatic Stress. She lives in Oslo with her husband and two children. The Therapist is her first adult novel; it has now been bought for film by Anonymous Content, and rights have been sold to 28 countries. 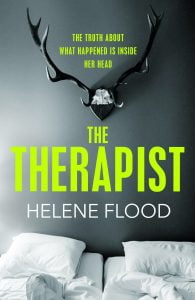