Ten-year-old Eddie Bryant said it and the irony of the comment wasn’t lost on the trio of young women who gazed out at the Three Sisters that clear summer morning. The famous monolithic spears of rock before them were beautiful in their own crumbling, craggy way, yet different from one another indeed, despite being hewn from a singular giant cliff of sandstone.

The Merriweather sisters perusing them were much the same, so unalike no-one ever assumed them to be related, yet it could never be argued that they weren’t derived from the same firm rock of their parents. In fact, argument was one of the unifying traits that proved their common parentage; ‘healthy debate’ their mother, Harriet, termed it. But the impassioned conversation that sparked endlessly between them all often drove their quiet father Albert to smoke his pipe in the garden.

Brown-haired Agatha, Aggie, was the eldest, and a more pleasant countenance would be hard to find, as her father had once remarked. Some thought her open features reflected a meek or compliant disposition, a misconception swiftly rectified in most cases… 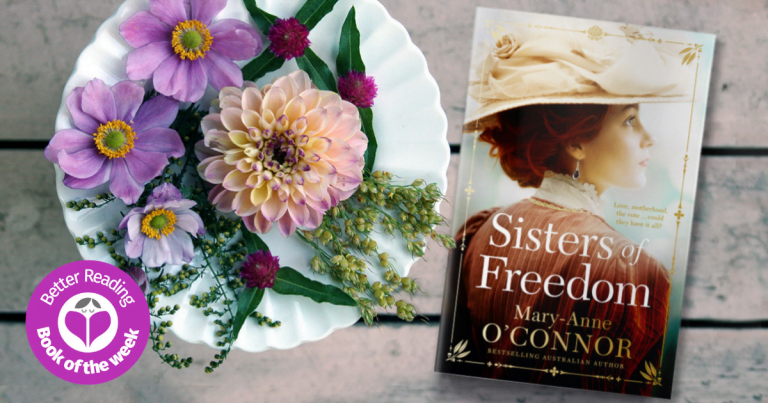 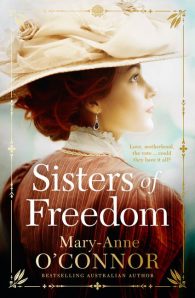 Sydney, Christmas, 1901. Federation has been achieved but Australian women are yet to gain the right to vote in their new nation's elections and have a say in the laws that govern them. Bolshy, boisterous Frankie Merriweather is a fervent advocate for women's rights, determined to dedicate herself to the cause, never marrying or becoming a mother. She can't understand her artistic sister Ivy, who wants a life of ease and beauty with her soon-to-be fiance, law student Patrick Earle. Meanwhile, their married sister Aggie volunteers in an orphanage, decrying the inequality of Australia's social classes ... and longing to hold a baby in her arms. When an accident takes Ivy, wounded and ill, into the violent and lawless zone of the Hawkesbury River, a year of change begins. Ivy's burgeoning friendship with her saviour Riley Logan, a smuggler, and his sister, the poverty-stricken but valiant Fiona, will alter the lives of all three women forever.

Bestselling author Mary-Anne O'Connor has a combined arts education degree with specialties in environment, music and literature. After a successful marketing career she now focuses on writing fiction and non-fiction as well as public speaking.Mary-Anne lives in a house overlooking her beloved bushland in northern Sydney with her husband Anthony, their two sons Jimmy and Jack, and their very spoilt dog Saxon. Her previous novels are Gallipoli Street (2015), Worth Fighting For (2016), War Flower (2017) and In a Great Southern Land (2019). 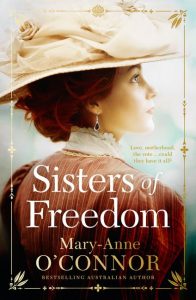