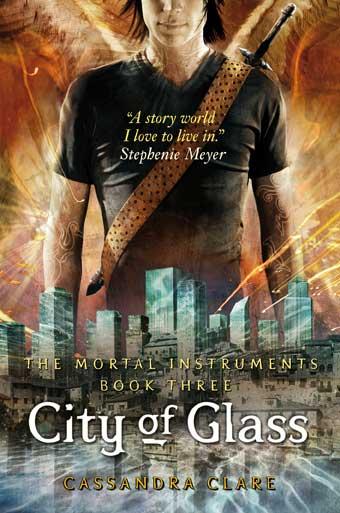 To save her mother's life, Clary must travel to the City of Glass, the ancestral home of the Shadowhunters — never mind that entering the city without permission is against the Law, and breaking the Law could mean death. To make things worse, she learns that Jace does not want her there, and her best friend, Simon, has been thrown in prison by the Shadowhunters, who are deeply suspicious of a vampire who can withstand sunlight.As Clary uncovers more about her family's past, she finds an ally in mysterious Shadowhunter Sebastian. With Valentine mustering the full force of his power to destroy all Shadowhunters forever, their only chance to defeat him is to fight alongside their eternal enemies. But can Downworlders and Shadowhunters put aside their hatred to work together? While Jace realizes exactly how much he's willing to risk for Clary, can she harness her newfound powers to help save the Glass City — whatever the cost?Love is a mortal sin and the secrets of the past prove deadly as Clary and Jace face down Valentine in the final installment of the New York Times bestselling The Mortal Instruments."The Mortal Instruments series is a story world that I love to live in. I hate to see the story end, but if it has to end, then City of Glass is the most perfect way for that to happen. Beautiful!" Stephenie Meyer, internationally bestselling author of Twilight"In search of a potion for her dying mother, Clary sneaks into the City of Glass and is immediately caught up in a life-and-death battle. As the children of the Moon (werewolves), Night (vampires), and Faerie gather for a war that will rend the heavens, Clary calls upon her untrained powers to control an angel who will save or destroy them all. Readers should be familiar with the first two installments in the Mortal Instruments series, but there is nevertheless plenty of romance, loss, honor and betrayal to make the journey worthwhile. An experienced storyteller, Clare moves the plot quickly to a satisfying end." Booklist