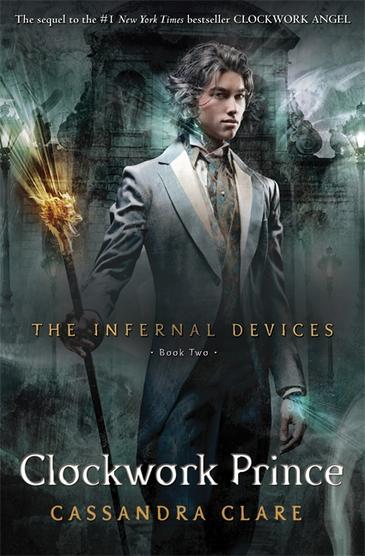 In the magical underworld of Victorian London, Tessa Gray has found safety with the Shadowhunters. But that safety proves fleeting when it becomes clear that the mysterious Magister will stop at nothing to use Tessa’s powers for his own dark ends.With the help of the handsome, tortured Will and the devoted Jem, Tessa discovers that the Magister’s war on the Shadowhunters is deeply personal and fueled by revenge. To unravel the secrets of the past, the trio journeys from mist-shrouded Yorkshire to a manor house that holds untold horrors. When they encounter a clockwork demon bearing a warning for Will, they realize that the Magister knows their every move—and that one of their own has betrayed them.Tessa is drawn more and more to Jem, though her longing for Will continues to unsettle her. But something is changing in Will. Could finding the Magister free Will from his secrets and give Tessa answers about who she really is? As their search leads to deadly peril, Tessa learns that secrets and lies can corrupt even the purest heart."A purple page turner." Kirkus Reviews"Whether it's the overly tight corsets or the smell of dark magic that hangs in the air like sulfur mixed with the Thames on a hot day, there's something about Victorian England that heightens tensions, both romantic and paranormal. In Clockwork Prince, the second installment in a prequel trilogy to the bestselling The Mortal Instruments series, Cassandra Clare demonstrates her relentless authorial alchemy, blending societal restraint and an otherworldly battle into a steamy steampunk drama." Los Angeles Times