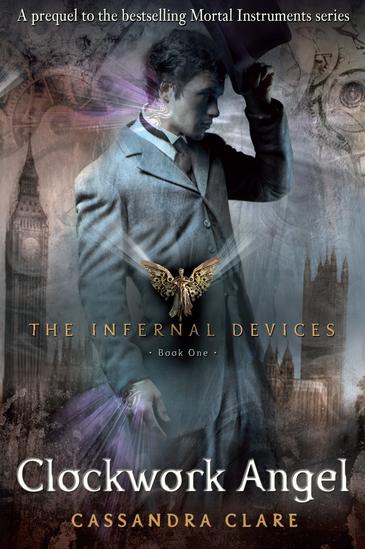 Magic is dangerous—but love is more dangerous still. Discover the riveting first book in the #1 New York Times bestselling Infernal Devices Trilogy.When sixteen-year-old Tessa Gray crosses the ocean to find her brother, her destination is England, the time is the reign of Queen Victoria, and something terrifying is waiting for her in London's Downworld, where vampires, warlocks and other supernatural folk stalk the gaslit streets. Only the Shadowhunters, warriors dedicated to ridding the world of demons, keep order amidst the chaos.Kidnapped by the mysterious Dark Sisters, members of a secret organization called The Pandemonium Club, Tessa soon learns that she herself is a Downworlder with a rare ability: the power to transform, at will, into another person. What’s more, the Magister, the shadowy figure who runs the Club, will stop at nothing to claim Tessa's power for his own.Friendless and hunted, Tessa takes refuge with the Shadowhunters of the London Institute, who swear to find her brother if she will use her power to help them. She soon finds herself fascinated by—and torn between—two best friends: James, whose fragile beauty hides a deadly secret, and blue-eyed Will, whose caustic wit and volatile moods keep everyone in his life at arm's length . . . everyone, that is, but Tessa. As their search draws them deep into the heart of an arcane plot that threatens to destroy the Shadowhunters, Tessa realizes that she may need to choose between saving her brother and helping her new friends save the world. . . . and that love may be the most dangerous magic of all."A century before the events of Clare’s Mortal Instruments trilogy . . . this crowdpleaser’s tension-filled conclusion ratchets toward a new set of mysteries." Kirkus Reviews"Mysteries, misdirection, and riddles abound. . . . Fans of the Mortal Instruments series and newcomers alike won't be disappointed."  Publishers Weekly"Compulsively readable . . . Packed with battles, romantic entanglements, and tantalizing foreshadowing, this will have readers clamoring for the next installment."  Booklist"Top Pick! Readers will be thrilled and amazed with this prequel to The Mortal Instruments, tearing their way through a beautifully constructed story of action, magic, mayhem, and romance. Fans and newcomers alike will be enchanted by Clare's fantastical world and left begging for more!" Romantic Times Book Reviews