Kick it to Me! Review The Champion Charlies Series by Adrian Beck 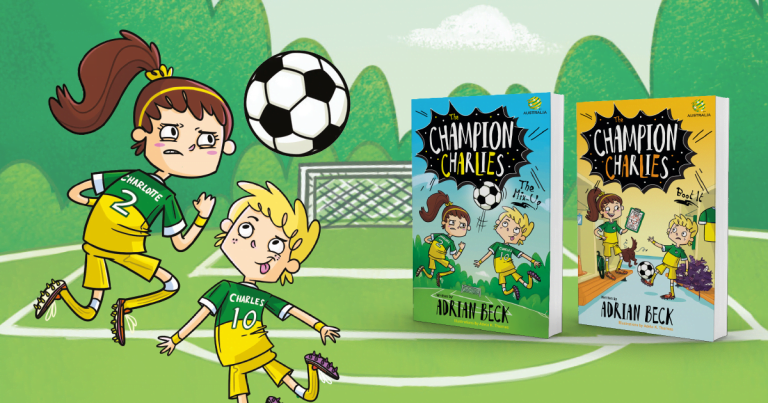 Champion Charlies: The Mix Up

Everyone at Jindaberg Primary has seen the front page of the local newspaper, namely because it has been plastered around the school since it appeared last year: Charles ‘CJ’ Jackson and Charlotte Alessi are grinning under the headline ‘Champion Charlies’ after taking out the winning title in the girls and boys tournaments.

This year however, things are a little bit different. Just as the two winning teams are getting ready to start the new season, the principal announces the school won’t be entering a team in the competition unless the two teams merge and create a Jindaberg Jets mixed team.

It’s the only way forward but the big question is, which of the Charlies will be team captain?

Determined to maintain his position as captain, CJ starts to put the pressure on his team mates to vote for him. Although he may have been the best player in the boys’ team, he wastes a lot of time on strange schemes and pranks that get him into trouble.

Charlotte is equally determined and her attention to detail and focus on strategy could get her over the line, but does her over planning take all the fun out of the game?

When it’s decided that they will co-captain there’s no telling what the outcome will be.

Yet despite their differences, Charlotte and CJ were once friends. Can their love of football help them overcome their different approaches to the game?

The first in the Champion Charlies series, The Mix Up, is a very entertaining read that will appeal to both girls and boys aged 5+ who are soccer mad – and who isn’t while the FIFA World Cup is on? While the focus is on football, the message that playing in a team is about compromise and respect is loud and clear.

Author Adrian Beck has also filled the pages with a cast of fun characters such as Mr Hyant aka High pants – his coaching style involves singing instructions from the sideline – Paul aka Paulveriser the goalie from hell and Lexi, the Instagram queen.  The illustrations by Adele K Thomas are the icing on the cake and perfectly capture CJ, Charlotte and the Jets.

Developed in partnership with Football Federation Australia, Champion Charlies also includes lists of Football Fun Facts and features The Caltex Socceroos and The Westfield Matildas, teams that will already be familiar to your kids.

Purchase a copy of The Champion Charlies: The Mix Up

The second in the Champion Charlies series, Boot It continues the story of the Jindaberg Jets, a mixed football team co-captained by Charlotte and CJ.

CJ is still up to his usual pranks but there is something that bothering him, and his soccer game is not up to scratch.

He finally confesses to Charlotte that the glittering gold soccer boots that he usually wears have gone missing and he suspects they have been stolen. Embarrassingly, CJ believes these are ‘magical’ boots and he hasn’t been able to kick a goal without them.

With the help of Charlotte the search for CJ’s boots starts but it isn’t long before a second pair of his boots goes missing. These may not be magical, but they have sentimental value as they were his mother’s. Who is behind taking the boots and is CJ’s football career over?

When CJ starts to blame his team mates and Charlotte takes her serious approach to training to a scary new level, team morale is at an all-time low. Makes you wonder, can they regain their energy and confidence to take out another season or is the mixed team doomed?

Purchase a copy of Champion Charlies: Boot It |Read an extract| More from author Adrian Beck Adrian Beck is a TV producer who has worked on shows such as The Footy Show, The Logie Awards, Carols by Candlelight, Prank Patrol and Kids’ WB. He is the author of the Kick it to Nick series, a collaboration with AFL Hall of Famer Shane Crawford, and Dale in the Stuff Happens series. 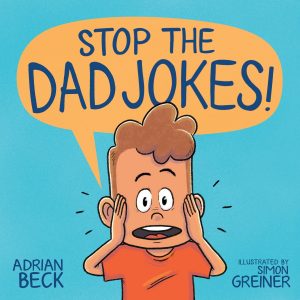 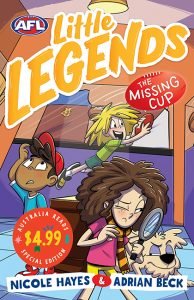