Kids’ Book of the Week: The Shop at Hooper’s Bend by Emily Rodda 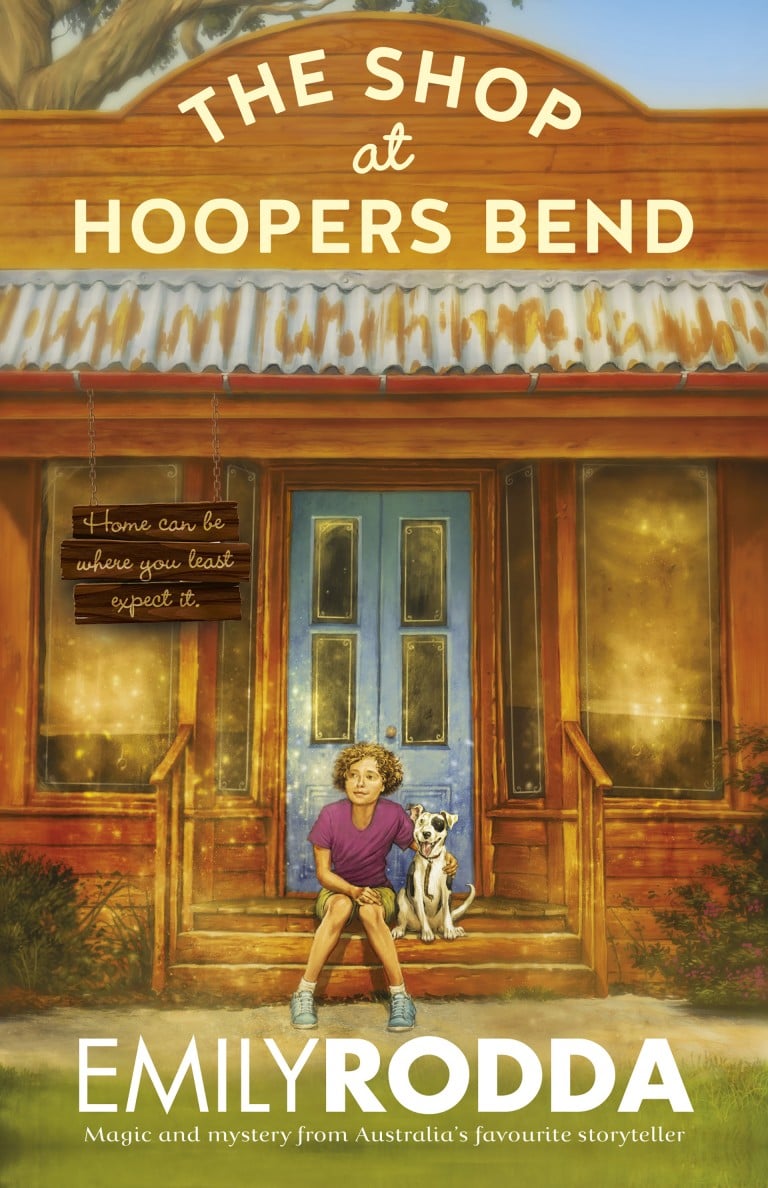 Emily Rodda needs no introduction. She is one of Australia’s most loved children’s authors, enthralling children all across the country and internationally with her Deltora Quest and Rowan of Rin series. She’s woven stories of intriguing high fantasy for young people, and she’s back with a new book – and this one is a little different.

We’re used to magic and sorcery, strange monsters and odd beings, while The Shop at Hooper’s Bend is what we would call magic realism – there’s magic and fantasy and spells, but it’s set in modern-day Sydney and the Blue Mountains. It’s gentle and poignant – and utterly enthralling.

The book follows eleven year old Jonquil (known as Quil) Medway, and she’s got more than just an unusual name. Her parents died in a car crash when she was young, and she goes to a boarding school. In the summer holidays, she stays with her aunt or goes to a summer camp. At the beginning of the book, that’s where she’s off to, but in an impulsive decision she jumps off the train at an earlier shop – called Hooper’s Bend.

At Hooper’s Bend, Quil meets a host of strange characters. There’s a chubby little white and black spotted dog called Pirate who immediately adopts Quil (rather than, say, Quil adopting Pirate). There’s also an older woman, Bailey, who’s a little grumpy, and owns a vacant shop left to her by her uncle. This shop, though empty, has something a little bit magical about it, and as Quil, Pirate, and Bailey fall under its spell, they’re drawn together in a binding friendship – but also struck by a brilliant idea to bring the shop back to life.

Inspired by the Blue Mountains and her great uncle’s own similar corner shop, Emily Rodda has woven a very Australian tale. It’s reminiscent of the quiet spaces in the country, and of small towns that are slowly disappearing. There’s a strange sort of magic in smaller towns and the Australian bush, and Emily Rodda has captured it brilliantly. The characters are believable and relatable, and you’ll feel for Quil as she struggles with the loss of her parents, but the friendship she makes with Bailey becomes just as fulfilling. The book captures mystery and charm effortlessly.

The Shop at Hooper’s Bend is a song to Australia and to small towns; it’s about magic, mystery, and friendship, and we recommend it for anyone ages 9+. Fans of Rodda’s high fantasy won’t be at all disappointed by Rodda’s magic realism departure. 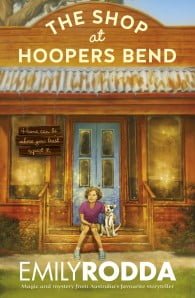 Eleven-year-old Jonquil (known as Quil) Medway is a girl with more than an unusual name. Quil's parents died in a car accident when she was a baby and she now goes to boarding school, but spends her holidays with an aunt - or at camp, which is where Quil is heading when she decides to get off early at a train stop called Hoopers Bend.It is there that Quil meets Pirate, a chunky little white dog with black spots who immediately adopts her and Bailey, a crabby older lady who has gone to Hoopers Bend to check out the shop that has been left to her by an uncle.There is something magical about the shop at Hoopers Bend though, and once it casts its spell on Quil and Bailey they are drawn together in an unlikely friendship and their fight to save the shop from developers.From one of Australia's most renowned children's authors, this is a story about coming home when you didn't even know that was where you belonged.