Olive Tells Us About Boys… Okay. So I’m Olive and I’ve been told to give you some advice on getting a guy – which is pretty dumb because I mean, hello, it shouldn’t be that hard. Boys are desperate. They’ll date anything that pokes them enough times.

You’ll have to forgive my friend, Felix. He insisted on coming. He’s super annoying.

I’m annoying? What about y-

Excuse me. This is my thing remember, not yours.

But it’s got to be a mistake. Who’s in charge here? You do realise Olive’s only had one boyfriend, right? You do know she’s …

But it’s irresponsible. You don’t have a clue about boys.

Hello? Invisible! It’s not my fault if I can’t contribute to a conversation.

You weren’t invited to listen in to…

I’m so ignoring you. Okay, so first, people, you go to some place guys go, like parties, the beach, concerts … ooh – the library would be awesome. You could find some hot bookish boy …

Hot librarian? Have you been reading The Time Traveller’s Wife again?

She wasn’t bad either, what was her name?

Clare. Do you like redheads? You don’t even know what red is.

She had a nice personality.

Ugh. You make me sick. Anyway, as I was saying: you go someplace where there are boys then you scan the crowd until you spot a boy, then you check they:

What? Short guys are scary and a girl needs ten fingers to get a decent massage.

Oooh – that’s news! Anyway, then you go over and poke him. Preferably in the chest so you can do some preliminary muscle inspection, but anywhere will do. Like this.

Then say something. It doesn’t matter what because the boy isn’t listening to you, his brain is running a million miles an hour going, ‘OMG! OMG! It’s girl!’

Ignoring you. The point is, it doesn’t matter what you say. ‘Hey. Do you have a car?’ will do. Actually, it’s perfect because then you’ll find out if he has a car.

Exactly. Then add up his attractiveness factor, so you can decide if he’s worthy:

I have interesting shoes.

You know I’d plaster the moon in marzipan for you.

You’re making me blush. Hey, why can’t the girl have a car?

Wow. You’re right, Bub and I’m an idiot. If you’re not invisible, you should get a car – it’s far better than a boyfriend. A car won’t breakdown on you for ignoring it. It won’t be so needy it constantly demands filling up.

Actually, that’s exactly what a car does.

I was actually talking about Tom. *sigh*

I know you were talking about Tom. *sigh* But don’t. He’s a fool.

A hot Tomfool. *sigh* Oh no! I forgot the things you need to deduct points for!

Unless it’s cold and they’re wearing a super-cute beanie or they’re Holden Caulfield.

Also, saying ‘huh?’ and looking at you like someone who’s been lobotomised is a definite deal breaker.

Ignoring you. If he hasn’t swept you away to buy you a lemon pop by this stage, he’s probably an ass and you don’t want to kiss him anyway. But if you do, simply poke.

You want a kiss? Ouch! I was kidding! Ouch! Okay, let’s get a pop. Just stop poking me!

Told you it works.

Olive and Felix are the stars of The Impossible Story of Olive in Love, by Tonya Alexandra. Olive knows she’s impossible – but likes herself that way. Good girls are so boring.

Read our review here, and grab your own copy here. Follow Better Reading Kids on Facebook for more Olive shenanigans, and all the kids’ books recommendations you could want. 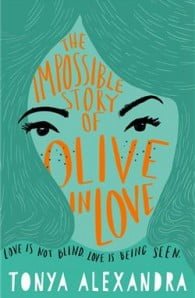 I get that I’m impossible. I get that I’m mad and rude — perhaps even a drama queen at times. But you’d be impossible if you lived my life ... You’d be impossible if you were invisible. Shakespeare was an idiot. Love is not blind. Love is being seen.Plagued by a gypsy curse that she’ll be invisible to all but her true love, seventeen-year-old Olive is understandably bitter. Her mother is dead; her father has taken off. Her sister, Rose, is insufferably perfect. Her one friend, Felix, is blind and thinks she’s making it all up for attention.Olive spends her days writing articles for her gossip column and stalking her childhood friend, Jordan, whom she had to abandon when she was ten because Jordan’s parents would no longer tolerate an ‘imaginary friend’. Nobody has seen her — until she meets Tom: the poster boy for normal and the absolute opposite of Olive.But how do you date a boy who doesn’t know you’re invisible? Worse still, what happens when Mr Right feels wrong? Has destiny screwed up? In typical Olive fashion, the course is set for destruction. And because we’re talking Olive here, the ride is funny, passionate and way, way, way, way dramatic.This story is for anyone who’s ever felt invisible.This story is for anyone who sees the possible in the impossible. 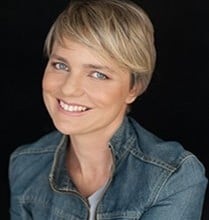 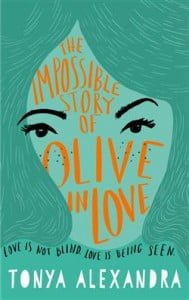 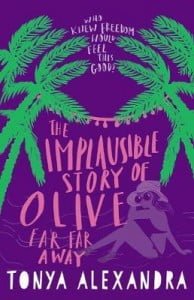 The Implausible Story of Olive Far Far Away