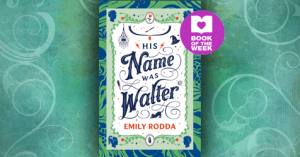 His Name Was Walter is released in August this year, what would you like prospective readers to know about this new book?

A: It’s a story-within-a-story, and was probably the most satisfying writing experience of my whole life. I’ve always loved writing stories of magical reality, like The Shop at Hooper’s Bend, and also high fantasy like the Rowan books and Deltora Quest. His Name Was Walter gave me the chance to write both.

Your new book is partially set during a school excursion gone wrong. Why did you choose this path to enter Walter’s story?

A: Actually, I began with the school excursion gone wrong. Driving in the country, you sometimes see deserted houses just sitting there, isolated and abandoned. I always wonder about them, about their history, about the memories caught in their walls. I became interested in the idea of a group forced to take shelter in such a house because of a breakdown. I liked the thought that the members of the group would find themselves confronting the ghosts of the house, each in his or her own way.

A: It happened gradually, but I suppose one of the main reasons was the enormous feedback I had from kids, especially after the publication of the Deltora Quest books, which have started so many children reading. I started to think that the most worthwhile thing I could do with my writing life was to try to give children books they couldn’t put down. Not that it’s been any sacrifice! I love storytelling, and have always though that there’s nothing particularly ‘childish’ about a good tale well told. It can be enjoyed by anyone of any age.

Children love your books; how do you keep in touch with your readers and what will interest them?

A: I talk to them, read their letters, listen to what they say, take notice of them wherever I happen to be. So far I’ve stuck fairly closely to writing for the late primary-early secondary age group, but we have young grandchildren now, so I’ll soon probably be writing stories with them in mind.

What advice would you give to writers hoping to write for children?

A: Read plenty in the area you’re interested in, for a start. Spend time with children of that age, and listen to them. Don’t feel you have to ‘talk down’ to your readers—their vocabulary might be smaller than yours, but they’re often far more sophisticated than you realise. And in the end, it’s probably best to forget about the ‘for children’ bit, and just tell yourself a story. That’s what I do.

Purchase a copy of His Name Was Walter | Read our review 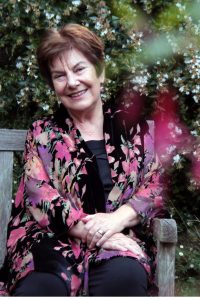