Historical fiction at its romantic, gripping best – that’s what we’ve come to expect from UK literary star Kate Furnivall. And her latest, The Betrayal, does not disappoint.

It’s Paris 1938 and aviatrix Romaine Duchamp is hiding a fatal secret that’s eating her alive. Romy is young and beautiful but she’s trying to bury the past with a bottle of whisky and daring flights across the French border into Spain to assist the Republicans in the deadly Civil War. As Facism takes hold in Europe and war with Germany creeps ever closer, Romy’s mission, along with the budding resistance movement, is stopped in its tracks.

But Romy’s twin sister Florence has friends among the high-level Germans in Paris and Florence’s husband Roland appears to be involved too. The twin sisters are haunted by the secret surrounding their father’s terrible murder years earlier. Romy was a witness to what happened, but, after a hasty cover-up, a man went to the guillotine for a crime he didn’t commit. This too haunts Romy as she tries to make amends with secret visits to the Arab quarter to give money to help the man’s son.

As war edges closer, the tragic truth of his death, and its link to the German infiltration of Parisian society is gradually revealed. With the help of her handsome but damaged friend, Martel, Romy must to get to the bottom of the secret before the Germans get to them.

The Betrayal is an evocative, richly told story that summons all the decadence of 1930s Paris during the lead-up to war, switching between its jazz bars and secret poker joints to high society. It even features walk-on parts from real-life luminaries including the famous American singer, Josephine Baker.

British writer Furnivall is known and loved by readers for her adventure-filled, intriguing historical fiction. The Russian Concubine, written after she discovered her grandmother’s Russian roots, was the book that made her famous. Much like that huge bestseller, The Betrayal has a compelling plot with twists and turns, romance and high adventure, all enriched with authentic historical detail. The Betrayal, guaranteed to have you on the edge of your deck chair, is perfect to pack in your suitcase for the holidays. 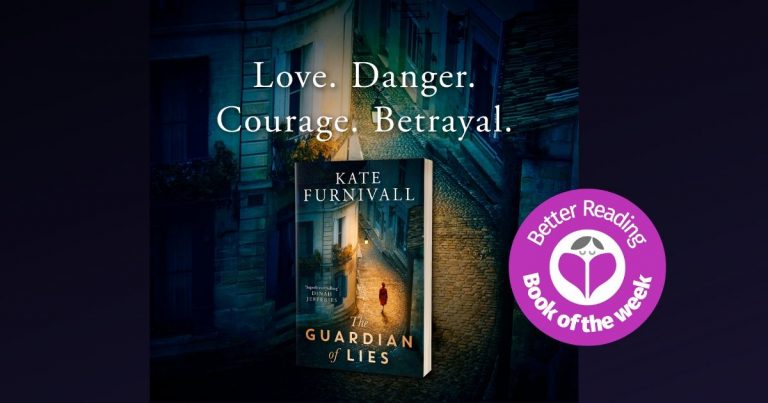 This is Brilliant Storytelling: Review of The Guardian of Lies by Kate Furnivall 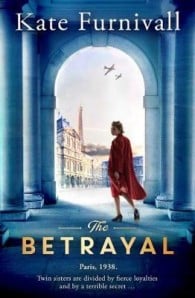 Discover a brilliant story of love, danger, courage and betrayal, from the internationally bestselling author of The Liberation.Paris, 1938. Twin sisters are divided by fierce loyalties and by a terrible secret. The drums of war are beating and France is poised, ready to fall. One sister is an aviatrix, the other is a socialite and they both have something to prove and something to hide.The Betrayal is an unforgettably powerful, epic story of love, loss and the long shadow of war, perfect for readers of Santa Montefiore and Victoria Hislop.About the AuthorKate Furnivall is the author of eight novels, including the international bestseller The Russian Concubine. She lives in Devon. 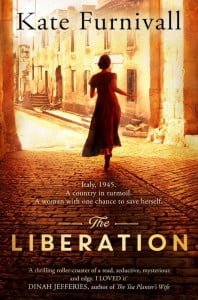 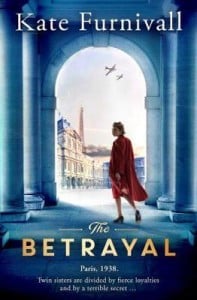 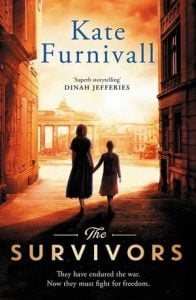 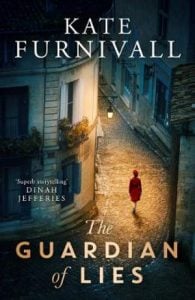