Queen of Air and Darkness is the eagerly awaited third and final instalment in the Dark Artifices Trilogy, a Shadow Hunters novel and sequel to Lady Midnight and Lord of Shadows by the prolific Cassandra Clare – New York Times bestselling author of The Mortal Instruments.

You may not be familiar with the series but it’s most likely any teens in your life will be and they’ll be beside themselves to get their hands on a copy of the wonderfully named Queen of Air and Darkness. If that is the case, then it would be good idea to get up to speed here.

Reading the earlier books is highly recommended before delving into this final book in the trilogy that runs to around 900 pages. However, if you have a teenager that could do with a few suggestions for the reading pile then this is a great series and author. Do make sure that you take a quick read for age appropriateness, but I can guarantee it will get them hooked.

The Shadow Hunter Chronicles run over a multitude of series and the complex worlds and characters that Cassandra Clare has created are a place that you need to immerse yourself in to experience the full impact of the stories. With a similar appeal to Twilight by Stephanie Myer and Throne of Glass by Sarah J Maas or for Gen X parents (The Vampire Chronicles) there are large families, clans and mythical beings such as Angels, Demons, Shadow Hunters, Vampires, Downworlders and Faeries.

Combine this with the irresistible moody atmosphere, forbidden love and the struggle between good and evil along with the symbolism, ritual and mythology and you might find yourself enjoying the Dark Artifices Trilogy just as much as your teen.

Queen of Air and Darkness begins with the aftermath of the tragic death of Livvy of the Blackthorn family. Many people are affected by this tragedy, but Shadowhunter Julian Blackthorn is unable to recover from the death of his sister who he has raised as his own child and is also struggling with his forbidden love for Emma his parabatai. (A parabatai is a pair of Nephilim warriors who fight together as lifelong partners, bound together by oath, who are prepared to lay down their lives for each other).

Add to this a disease that is destroying Warlocks, a few political issues and Julian and Emma’s doomed mission to retrieve the Black Volume of the Dead and the stage is set for high drama.

If you’re still not convinced, take a quick look at Cassandra Clare’s website blog and the amount of responses to her posts (hundreds for each little snippet of the story revealed), and it is easy to see that she is not only adored by fans, but is the Queen of Young Adult fantasy books.

Clare set out on her writing journey with a desire to tell a story about characters at a crucial stage in their life where the action and crucial choices are ahead of them, rather than adults reflecting on their choices and that holds immense appeal to the 15+ reader and beyond.

There are of course plenty of resources available like the recently released play list that Cassandra listened to while writing Queen of Air and Darkness here.

The perfect gift for that hard-to-buy-for teen in your life, but at 900 pages don’t expect to fit it in their Christmas stocking! 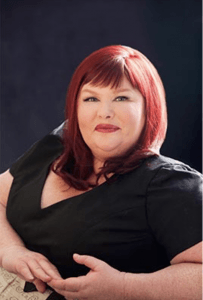