A Pitch Perfect Story About Travel, Love and Good Food: Read an Extract from If You Could Go Anywhere by Paige Toon

Angie has a bad dose of wanderlust and it’s no wonder – at the age of 27 she has never set foot outside her home town, Coober Pedy. Sole carer for her beloved grandmother who raised her, she can only dream, surrounded by postcards from others, plastered around her bedroom walls. 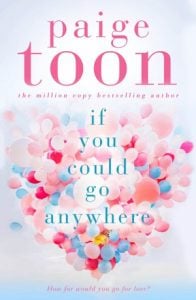 Paige Toon’s If You Could Go Anywhere, is a pitch perfect story about travel, love, grief, family, guilt and good food, told with such intimacy, you feel as though you’re walking alongside Angie, watching events unfold.

Let me introduce you further to Angie – she’s kind, a good baker and although she might be yearning for things she can’t have, she never complains. Her grandmother who has Alzheimer’s is more important to her than anything else, she’s known for her kindness to strangers and you just know, she’d be the one to stop and scoop up an abandoned kitten ignored by others.

When her grandmother who has been sick for a long time, dies, Angie is heartbroken but never alone. She is encircled by the love of her neighbours and friends in Coober Pedy and her best friend flies in from Adelaide to help support her.

It’s during a drinking session with her bestie after the funeral, a hidden letter accidentally surfaces that holds information identifying the mystery father Angie’s never known. He’s living in Rome and with the help of locals who donate a pouch of opals to help pay for her trip, Angie, still a little shocked, still grieving, takes off for Italy.

From Coober Pedy your whole life long to Rome in a jet plane is a big leap and Angie is fizzing with excitement and nervous anticipation. Not only has she been waiting for a long time to travel, it also makes her feel close to her mother, an inveterate traveller and post-card sender, who died soon after the birth of Angie.

The joy Angie takes in the simple things, from the roar of lift-off to the way the afternoon light falls on the Colosseum, is one of the many lovely things about this book. To see Rome through Angie’s eyes is like seeing Rome afresh, and you fall in love with it all over again. Then along comes the angsty Alessandro, and a will-they-won’t-they romance develops. But don’t be put off – the relationship is complex and interesting, feels real and although intense, it’s never syrupy.

No matter how well intentioned, a lifetime of absence does not a good father-daughter relationship make and Angie’s early meetings with her dad are awkward. Plus, with her mother and father’s relationship history altogether murky – he was a married man when he met Angie’s mother – Angie has to dig to find out exactly what happened all those years ago and there are certain questions that are difficult to ask.

With Angie’s father a pizza restaurant owner, the spotlight falls on Italian food. You can smell the rich tomato sauce. Taste the rich, steaming, osso bucco. Descriptions of monuments and streets scenes are equally outstanding. Even the odd travel fact, often shovelled into books as boring research, is interesting – like I learned that the Bridge of Sighs in Venice was named by the poet Lord Byron.

Not all ‘million copy bestselling authors’ live up to their reputation but as a newcomer to Toon, I have to confess this book was a revelation. Marian Keyes loves this author and no wonder – for she’s very good. Steeps everything in atmosphere, writes with economy and simplicity and injects raw emotion that hits you in the solar plexus.

If (like me) you are put off by the mostly pink girlie cover, don’t be. If You Could Go Anywhere is a complete treat for the senses, guaranteed to have you dreaming about your next travel destination. 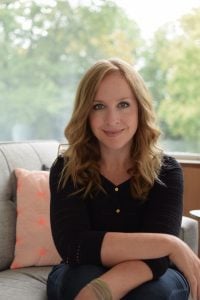 Paige Toon grew up between England, Australia and America and has been writing books set in sun-drenched locations around the world since 2007. She has released eleven fiction novels and a three-part spin off series for young adults.

Buy a copy of If You Could Go Anywhere here. 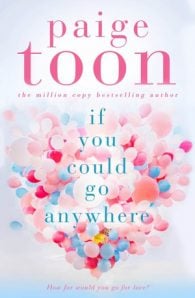 Angie has wanted to travel her entire life. But at 27, she has never been anywhere; never even stepped outside the small opal mining town in the Australian outback where she grew up. When her long-suffering grandmother passes away, Angie, her sole carer, is finally set free, with the whole world laid out before her.But upon uncovering a letter from her late mother to her absent father, everything Angie thought she knew is thrown into question. With help from an enigmatic stranger called Alessandro, she sets off to find out the truth - about her family, about her past, about who she really is - on a journey that will take her to the bustling metropolis of Rome, the glittering fjords of Norway and beyond.The brand-new novel from the Sunday Times bestselling author Paige Toon. 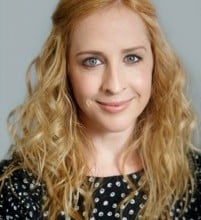 Paige Toon was born in 1975 and grew up between England, Australia and America. A philosophy graduate, she worked at teen, film and women's magazines, before ending up at Heat magazine as Reviews Editor. Paige is married, has two small children and lives in Cambridge. Visit her website at paigetoon.com, or you can follow her on Twitter @PaigeToonAuthor 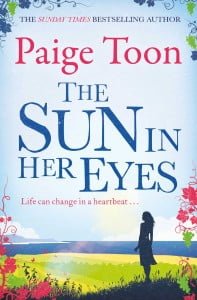 The Sun in her Eyes

If You Could Go Anywhere