A Suspenseful, Fast-Paced Drama: Read an Extract of The Second Sleep by Robert Harris All civilisations think they are invulnerable. History warns us none is.

Father Christopher Fairfax has been sent to Exmoor Village, a small and remote place in the English countryside to officiate at the funeral of Parish Priest Father Lacy, who has recently died in unusual circumstances. Fairfax expects this to be a straightforward trip and has been instructed by the Bishop to complete the task and return to Exeter Cathedral chapter house in two days.

However, when he arrives it rapidly becomes clear that he’ll need to stay longer to sort out what appears at first to be a small mystery. It seems that Father Lacy wasn’t loved by all and that more importantly he has spent much of his spare time collecting what are considered to be forbidden items. He’s also in possession of some interesting reading material 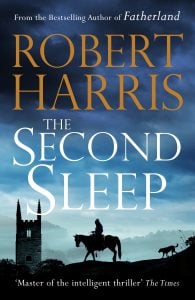 and after an outburst at his funeral that calls into question the accidental nature of Father Lacy’s death, there could be a lot more going on beneath the surface in this sleepy village.

Fairfax is young and aside from losing his family early in life has led a sheltered life. In a world where religion rules he has been taken in by the priesthood and was always destined to become a priest, and yet he is intrigued by these forbidden objects. He also takes a strong interest in some of the females in the village. When he begins to investigate and discovers he needs to take prominent villager Lady Durstan into his confidence a bond is formed that will tempt Fairfax to cross boundaries he through he never would.

Yet it is the appearance of Dr Shadwell an authority on antiquities and the past that really pulls focus and drives him to find out what really happened in the past and how their future should be determined by it.

Author Robert Harris definitely flips things on their head with this departure from previous books. The Second Sleep is a fantastic and clever mystery within a mystery – you start reading and think that the story is set in a particular era and then all of sudden things are turned upside down. Harris successfully plays around with time and creates a suspenseful, fast-paced drama never really giving too much away until the very end. Fans will be delighted with this intriguing story.

And if you’re wondering what the second sleep refers to it’s the time of night when you stir and then move into the second phase of sleep, however in this book it appears that it’s also a time when you may discover there are things afoot that you hadn’t expected. 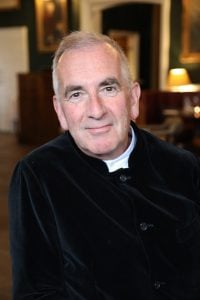 An Officer and a Spy, which won four prizes including the Walter Scott Prize for Historical Fiction, Conclave and most recently, Munich. Several of his books have been filmed, including The Ghost, which was directed by Roman Polanski. His work has been translated into thirty-seven languages and he is a Fellow of the Royal Society of Literature. He lives in West Berkshire with his wife, Gill Hornby. 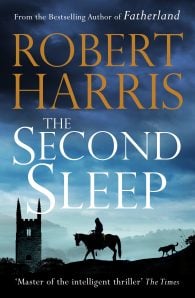 The gripping new thriller from the bestselling author of Munich, An Officer and A Spy and Fatherland1468. A young priest, Christopher Fairfax, arrives in a remote Exmoor village to conduct the funeral of his predecessor. The land around is strewn with ancient artefacts – coins, fragments of glass, human bones – which the old parson used to collect. Did his obsession with the past lead to his death?Fairfax becomes determined to discover the truth. Over the course of the next six days, everything he believes – about himself, his faith and the history of his world – will be tested to destruction.

Robert Harris is the author of Fatherland, Enigma, Archangel, Pompeii, Imperium and Lustrum, all of which were international bestsellers. His work has been translated into thirty-seven languages. After graduating with a degree in English from Cambridge University, he worked as a reporter for the BBC’s Panorama and Newsnight programs, before becoming political editor of the Observer and subsequently a columnist on the Sunday Times and the Daily Telegraph. He is married to Gill Hornby and they live with their four children in a village near Hungerford. 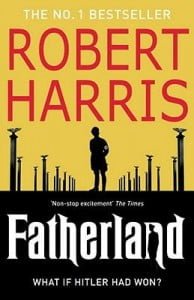