Act of Guilt: Words by JP Delaney on the research behind his novel Believe Me 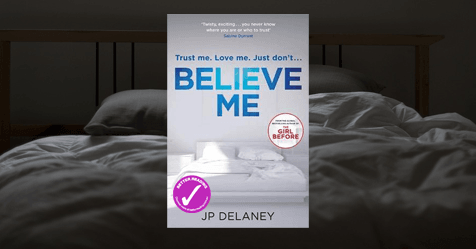 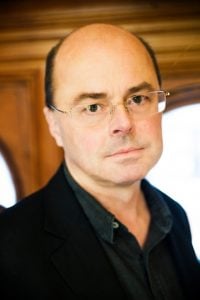 JP Delaney is a pseudonym for a writer who has previously written bestselling fiction under other names. Delaney’s debut psychological thriller, the New York Times bestseller The Girl Before, has been optioned for film by Academy Award winners Ron Howard and Brian Grazer’s Imagine Entertainment.

Purchase a copy of Believe Me here

Read a sample chapter of Believe me here

Believe Me is partly based on true events – specifically, an undercover operation in the UK in the 1990s, in which the police, guided by a forensic psychologist, attempted to lure a suspected serial killer into a confession by using an attractive female decoy as bait. I changed many things about the operation – moving it to New York, for example, and making the decoy a drama student rather than an undercover policewoman. But while in reality the main suspect was a rather forlorn, odd character, I wanted my suspect to be someone the reader could credibly believe was intelligent enough to be fooling everyone around him. So I decided to make him a translator – and specifically, a translator of Les Fleurs du Mal, Charles Baudelaire’s nineteenth-century hymn to perversion and depravity.

Of this book, Le Figaro said at the time, “Everything which is not hideous is incomprehensible, everything one understands is putrid.” Baudelaire himself said in the introduction to one edition, “Others have written enough about the flowery realms of beauty; I found it more interesting… to write about the beauty that comes of evil.” And evil was indeed the theme. One poem, The Martyr, describes a naked, decapitated female corpse, and poses the question:

Tell me, cold beauty, did your intimate in death –

Whose lusts you could not, living, sate –

On your inert, voluptuous corpse

And did he, all his passions spent,

Take in his hands your icy head,

And press his warm and breathing lips

Against those lips no longer red?

Yet the same writer could pen such delicate lullabies as Tranquillity:

Let us now be tranquil, o my sad and restless soul.

You wanted evening: see, now it is here.

Dusk has engulfed us in its dark embrace,

Which brings some people peace, but others, fear.

As I researched – and made my own translations of – the poems, I realised they had an interesting backstory that could also become part of my plot. Many were inspired by Baudelaire’s love for two women. One was his half-Creole on-off mistress, Jeanne Duval. She got him addicted to opium; he infected her with syphilis. When he had money, he would spend it on jewels, which he – in poetry at least – begged her to wear while they made love, so that ‘sound and light ecstatically cojoin.’ When they ran short, she sold her body on the streets to feed them. He called her his Venus Noire, Black Venus.

The other woman could not have been more different – hence her nickname, the White Venus. Apollonie Sabatier was a famous society hostess, a demi-mondaine (that is, the mistress of a wealthy man). Baudelaire frequented her salon along with writers like Flaubert and artists like Clesinger (whose sculpture of her in the throes of orgasm was so controversial it had to be hastily renamed Woman Bitten by a Snake.) Baudelaire believed himself in love with her, yet never spoke a word of it. Instead, he sent her a series of anonymous poems – but not, strangely, the tender ones; rather, he expressed his frustration through increasingly brutal and savage fantasy like that in To One Who Is Too Cheerful:

So mortify my savage heart

That sometimes I punish flowers

Simply for daring to bloom.

Towards the treasures of your flesh;

To strike and whip your joyous limbs

And bruise your yielding breasts;

To slice, quick and sudden, down your flank

But this love triangle had an extraordinary conclusion. When Les Fleurs du Mal was finally published (and immediately prosecuted for obscenity), the White Venus immediately realised the identity of the person who had been sending her these dark, vicious poems all these years. And, perhaps surprisingly, she offered to sleep with him. Did she genuinely welcome his fixation? Was she simply trying to draw the sting of his brutal obsession? No one knows for sure. What we do know is that, a few days later, he sent her a letter saying they must never do it again. “I have a horror of passion,” he wrote, “because I know too well the depravities to which it can tempt me.”

This sexual ambiguity is dark territory for a psychological thriller, and I was careful to make it only one small strand of my narrative. But it’s a fascinating glimpse into the enduring complexities of the human psyche; one that has remained with me long after my own novel-writing was done. 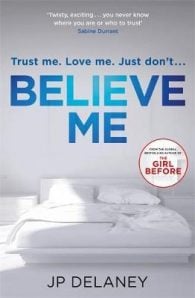 The sensational new psychological thriller from the internationally bestselling author of The Girl Before Trust me. Love me. Just don't believe me...Claire Wright likes to play other people.A British drama student, in New York without a green card, Claire takes the only job she can get: working for a firm of divorce lawyers, posing as an easy pick-up in hotel bars to entrap straying husbands.When one of her targets becomes the subject of a murder investigation, the police ask Claire to use her acting skills to help lure their suspect into a confession. But right from the start, she has doubts about the part she's being asked to play. Is Patrick Fogler really a killer . . . Or the only decent husband she's ever met? And is there more to this set-up than she's being told?And that's when Claire realises she's playing the deadliest role of her life . . .

The Girl Before is the first psychological thriller from JP Delaney, a pseudonym for a writer who has previously written bestselling fiction under other names. It is being publis hed in thirty-five countries. A film version is being brought to the screen by Academy Award-winning director Ron Howard. 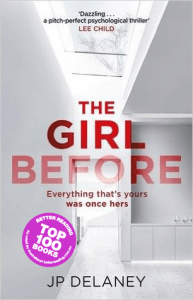 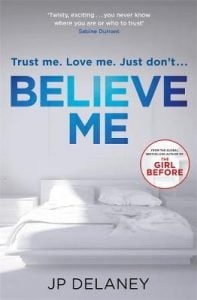 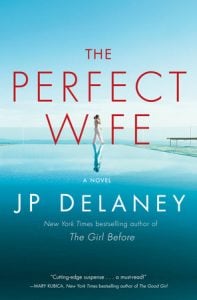