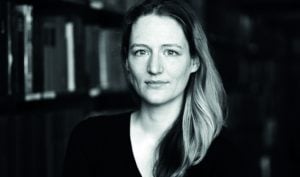 Sophie Hardach is the author of two novels, The Registrar’s Manual for Detecting Forced Marriages, about Kurdish refugees, and Of Love and Other Wars, about pacifists during World War Two. Also a journalist, she worked as a correspondent for Reuters news agency in Tokyo, Paris and Milan and has written for a number of publications including the Atlantic, the Guardian and the Daily Telegraph.

As a child growing up in West Germany in the 1980s, I came across a book that changed my view of the world and my place in it. It was a children’s book called “Na tschüs denn” (“Good-bye, then”), by the East German author Gylfe Schollak-Rittweger, and it told the story of an East German boy whose family decides to move to the West. At the time, I already knew my country was divided. I knew that East Germany, formally known as the German Democratic Republic, was a dictatorship. But I had never really considered what that meant on a day-to-day basis; what it felt like to live on the other side of the border.

“Na tschüs denn” took me to a Germany that was both deeply familiar and utterly alien. The boy in the book had a German name, spoke German and ate German food, yet he lived in a different country. He speculated about what life was like in the West, just like I sometimes wondered what life was like in the East. To me, he was the Other; to him, I was the Other. It was a profound, transformative experience, like accessing another consciousness. I imagined myself living his life, and vice versa. This is of course the power of fiction: not just to tell us about other worlds, but to take us there, to let us be those other people, even just for a little while, and see ourselves as they would.

This novel, “Confession with Blue Horses”, is in some way an extension of the thought experiment I started as a child: what would it have been like to have been born on the other side? Some of my ancestors were from Hungary. Others were from Berlin, and from the areas that used to be German, but are now part of Poland and Russia. In the chaos of post-war Germany, my family could easily have ended up on the East German side. And while I’ve always identified as West German, many of my family’s traditions are distinctly Eastern.

Thirty years after the fall of the Berlin Wall, this East-West divide is becoming increasingly blurred in Germany. However, new rifts are emerging around the world. It seems a good time to reflect on such divisions; and on the potential of storytelling, and indeed all art, to overcome them. 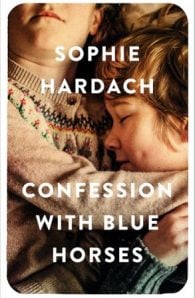 Tobi and Ella's childhood in East Berlin is shrouded in mystery. Now adults living in London, their past in full of unanswered questions. Both remember their family's daring and terrifying attempt to escape, which ended in tragedy; but the fall-out from that single event remains elusive. Where did their parents disappear to, and why? What happened to Heiko, their little brother? And was there ever a painting of three blue horses?In contemporary Germany, Aaron works for the archive, making his way through old files, piecing together the tragic history of thousands of families. But one file in particular catches his eye; and soon unravelling the secrets at its heart becomes an obsession.When Ella is left a stash of notebooks by her mother, and she and Tobi embark on a search that will take them back to Berlin, her fate clashes with Aaron's, and together they piece together the details of Ella's past... and a family destroyed.Devastating and beautifully written, funny and life-affirming, Confession with Blue Horses explores intimate family life and its strength in the most difficult of circumstances. 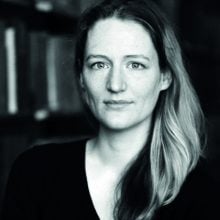 Sophie Hardach is the author of two novels, The Registrar's Manual for Detecting Forced Marriages, about Kurdish refugees, and Of Love and Other Wars, about pacifists during World War Two. Also a journalist, she worked as a correspondent for Reuters news agency in Tokyo, Paris and Milan and has written for a number of publications including the Atlantic, the Guardian and the Daily Telegraph. 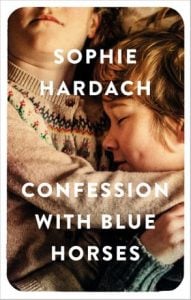