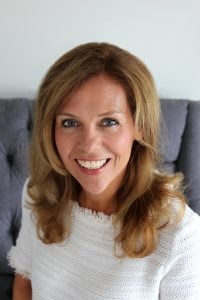 What makes a successful suspense thriller? by Adele Parks

Domestic suspense novels have stormed the charts in recent years, with books like Big Little Lies, The Girl on the Train and The Mother-In-Law enjoying global success. As these novels all demonstrate, a successful domestic suspense novel needs to be fast-paced and adrenalin-producing to hold us tight in their icy grip. It’s a genre that’s growing in popularity. So why do we find them so compelling?

Domestic suspense novels do not have to be full of blood and dead bodies (although they can be!). I think the most successful ones are those where the reader feels a sense of familiarity and connection with the characters or environment. We believe the story really could happen, and most awfully, it could happen to us. Domestic suspense looks at the horror that goes on in seemingly normal everyday families.

In Lies Lies Lies, my latest novel, I present the reader with Daisy and Simon, a happy couple that have been together for twenty years. They have a lovely home, great friends and although they’ve had their share of struggles (it took years for them to conceive a baby) we meet them when their longed-for little girl is five and everything, finally, seems to be going swimmingly. Except, nothing is ever what it seems in domestic suspense. Daisy and Simon both have secrets and addictions, they are lying to themselves and each other. The veneer they’ve created is tissue thin, readers will get a darkly delicious kick out of watching their world crumble.

Maybe we are a little bit ghoulish. It’s undoubtedly compelling for readers to track a seemingly ordinary family and then watch as something exceptional happens when they’re placed under extraordinary stress. I believe we’re all capable of horrendous actions under the right – maybe that should be wrong – circumstances. Hopefully my readers will care about Daisy, Simon and their daughter by the time the family spins into freefall — it’s important the readers know what’s at stake. A fascination with darkness is part of being human. We all have light and dark in us but we’re not heartless, books provide a safe environment to explore these different lives without ruining our own or anyone else’s.

Reading domestic noir should be like going on a scary ride at the funfair. It’s a way to get an adrenalin hit in a safe environment. You know nothing awful can happen to you while you’re reading. Watching the news is not so containable or reassuring; newspapers are full of scary stories, without any resolutions or guarantees. In a novel, there usually is some sort of resolution. A crime is solved. The killer is found and brought to justice. Domestic abuse is uncovered and the perpetrator gets their just desserts. We like to think that the world is fair. We want to believe dark things will be corrected. Justice will be done. In real life, crimes go unsolved for decades. A novel can give us comfort that darkness will be discovered and removed.

The best domestic suspense novels continually astonish and defy the reader until the final page. How great is it when we think we’re heading in one direction, but the author spins us around and takes us somewhere else? My latest novel isn’t called Lies, it’s called Lies Lies Lies for a reason. There are multiple twists and reveals. The characters are unreliable, the plot complicated.

Reading novels with reveals, twists or simply a compelling question fuelling the action appeals to sharp, inquisitive minds. We want to know who did it? Will they get away with it? Did we guess correctly? Reading a good domestic thriller appeals to those looking for an intellectually stimulating, interactive experience. 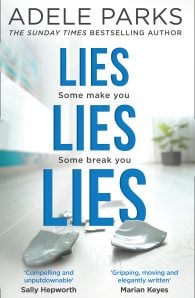 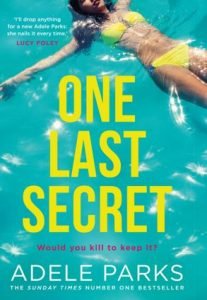