Beautiful and Brutal: a review of The Everlasting Sunday by Robert Lukins A wonderfully original coming-of-age story that begins in 1962 in the middle of an English winter, during a snowstorm. Here, in the grip of the Big Freeze, we meet 17-year-old Radford who is sent to Goodwin Manor, a home for those who have been ‘found by trouble.’ Lovely turn of phrase.

At the Manor, Radford revels in the conspiratorial behaviour of his peers, sneaking cigarettes and drinking beer. We never learn what his crime was, but then none of the boys at the Manor ever speak about what they’ve done to be sent there. Radford is determined to be his own person, but like everyone else he needs an allegiance, and finds it in the charismatic West. They develop a firm friendship that becomes their anchor in a very uncertain environment.

As you’d expect, life sometimes at the Manor can be wild with outbreaks of chaos and violence. Like all adolescent males, the inmates can be abrasive and sometimes brutal. But there’s a tender, vulnerable side to all these boys as well. They may be on their way to becoming young men, but in so many ways they remain children in need of love and friendship and the bonds they form between each other are vital if they are to survive such isolation, not only from family and friends, but from society at large. This feeling of being cut off at the Manor, alone, somehow disconnected from the world is enhanced by the snowstorm that is followed by weeks of snow.

The Manor is in its own way a hothouse of youthful passions, the perfect stage for some very disturbed and disturbing behaviour. Very soon however, it becomes clear that despite the way they present to one another and the rest of the world, each boy harbours a troubling secret. From the outside, they may look like young thugs larking about, acting out primitively in order to appear tough, but deep down they are emotionally fragile, and through some masterful writing, the cracks begin to appear.

Despite his consoling mateship with West, Radford struggles tries to find his feet in this new and strange environment. But when strange things begin arriving at their doorstep, he will do anything to survive. Anything.

Both savage and tender, The Everlasting Sunday, is a haunting debut novel, with echoes of Golding’s The Lord of the Flies and Salinger’s The Catcher in The Rye. Gorgeously written, silky smooth and subtle, The Everlasting Sunday shows us how easily the young are lost to the world and to themselves. But more than that – in the pressure-cooker atmosphere of The Manor we glimpse the things that make us all human: how complicated we are, how we struggle at times to find our place in life and above all, how much we need to love and be loved.

Robert Lukins lives in Melbourne and has worked as an art researcher and journalist. His writing has been published widely, including in The Big Issue, Rolling Stone, Crikey, Broadsheet and Overland. The Everlasting Sunday is his first novel. Welcome to the Spotlight: The success of the Australian debut 7 Reasons Reading YA Books Will Change Your Life 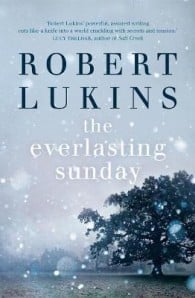 During the freezing English winter of 1962, seventeen-year-old Radford is sent to Goodwin Manor, a home for boys who have been ‘found by trouble’. Drawn immediately to the charismatic West, Radford soon discovers that each one of them has something to hide.Life at the Manor offers a refuge of sorts, but unexpected arrivals threaten the world the boys have built. Will their friendship be enough when trouble finds them again?

At once both beautiful and brutal, The Everlasting Sunday is a haunting debut novel about growing up, growing wild and what it takes to survive. 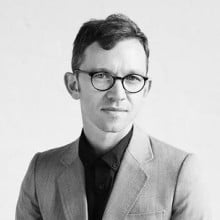 Robert Lukins lives in Melbourne and has worked as an art researcher and journalist. His writing has been published widely, including in The Big Issue, Rolling Stone, Crikey, Broadsheet and Overland. The Everlasting Sunday is his first novel. 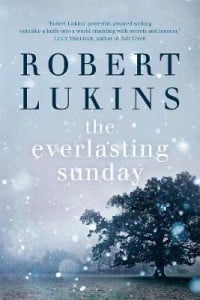