The Last of the Bonegilla Girls is a moving and heartwarming story set in 1950s post-war Australia, as new and old worlds meet against a backdrop of welcome and suspicion.

‘New Australians’ are arriving each day at the Bonegilla Migrant Camp on the banks of the Murray, in rural Victoria. They are refugees fleeing a Europe still ravaged by the fallout of war with Nazi Germany. Among them is sixteen-year-old Hungarian Elizabeta and her family, who have fled Germany where they are despised as refugees and their birthplace where their fellow Hungarians distrust and hate anyone who speaks German.

Bewildered as they arrive by train from Melbourne, the family has one simple hope – to find somewhere they can finally call home. And, what Elizabeta, wants most of all, is ‘a safe place and a fresh start’.

The tiny room shared by the whole family at Bonegilla is cold and sparse but at least they have food and shelter, even if it is basic. There are other new Australians like them who have come to find a new life and Elizabeta finds common ground with her new friends, beautiful Greek Vasiliki and shy Iliana from Italy.

They each become friends with the camp manager’s daughter, the outgoing and self-assured Frances, who loves her new friends and relishes the opportunity to teach them English. She acts as their protector, becoming fiercely angry at some of the resentful local youths, when they refer to her new friends as ‘dagoes’.

We closely follow each of the girls’ points of view, as Elizabeta, Iliana and Vasilki each navigate their new country and all that is alien to them. We feel for their desire to belong, while also staying true to their old homes and values. Each of their stories is a compelling and different one, such as Vasiliki who must decide between duty and her heart when her parents find a good Greek man for her to marry.

While Elizabeta’s family is desperate to start a new life, the past returns to haunt them after Elizabeta comes face-to-face with a murky figure from their old life, reminding her of a terrible secret she and her mother are hiding.

Frances and her brother Tom find that their lives are touched by their friendships with the Bonegilla girls in ways they never could have foreseen and the tables are turned when it is Frances who later seeks help from her Italian friend.

A poignant and compelling read, The Last of the Bonegilla Girls is a delightful novel that celebrates all that is good in our multicultural country. It’s a beautiful story about female friendship and how it can transcend cultural and language barriers.

As Purman so movingly tells us in her author’s note, much of this book, while fiction, is inspired by true stories from her own family. Her grandparents, mother and aunt arrived from Hungary via Germany and stayed at the Bonegilla Migrant Reception Centre and Purman’s research informs the novel but not in a heavy-handed way. It’s a fascinating part of Australia’s history and a highly significant one in its growth as a nation. Between 1947 and 1971, more than 320,000 migrants passed through Bonegilla, making it Australia’s largest post-war migrant centre. It’s estimated that one in twenty Australians has links to Bonegilla. Victoria Purman is an award-nominated, Amazon Kindle bestselling author. The Last of the Bonegilla Girls is her 13th novel. She has worked in and around the Adelaide media for nearly thirty years as an ABC television and radio journalist, a speechwriter to a Premier, political adviser, editor, media adviser and private sector communications consultant. She is a Vice President of Romance Writers of Australia, and was long-standing member of the Writers SA Board until this year. She is a regular guest at writers’ festivals, has been nominated for a number of readers’ choice awards and was a judge in the fiction category for the 2018 Adelaide Festival Awards for Literature. 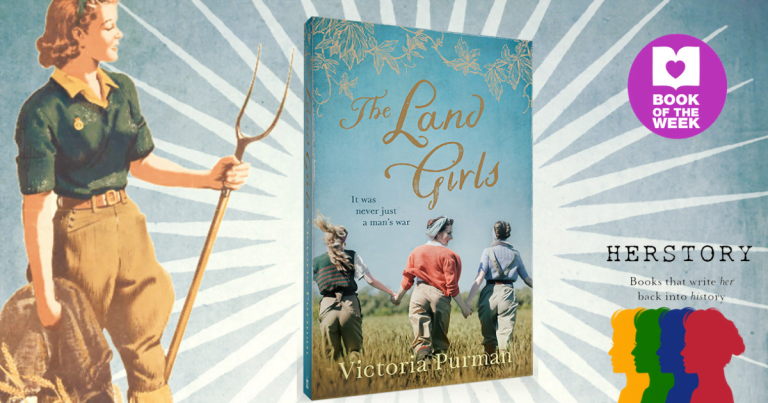 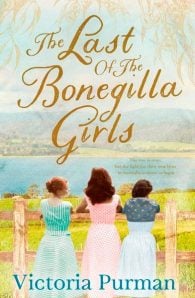 For readers of The Woolgrower's Companion and The Three Miss Allens… Their friendship transcends nationality and background, but can it overcome the horrors of the past? A post-Second World War story of strong female ties and family, secrets and lies, set in the multicultural Australia of the fifties.Can the Bonegilla girls defeat their past? Or will it come to claim them?1954: When sixteen–year–old Hungarian Elizabeta arrives in Australia with her family, she is hoping to escape the hopelessness of life as a refugee in post–war Germany.Her first stop is the Bonegilla Migrant Camp on the banks of the Murray in rural Victoria, a temporary home for thousands of new arrivals, all looking for work and a better life. There, Elizabeta becomes firm friends with the feisty Greek Vasiliki; quiet Italian Iliana; and the adventurous Frances, the daughter of the camp's director.In this vibrant and growing country, the Bonegilla girls rush together towards a life that seems full of promise, even as they cope with the legacy of war, the oppressive nature of family tradition and ever–present sorrow. So when a ghost from the past reaches out for Elizabeta and threatens to pull her back into the shadows, there is nothing that her friends wouldn't do to keep her safe.But secrets have a way of making themselves known and lies have a way of changing everything they touch...