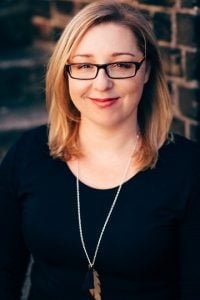 Kelly Rimmer has sold over 600,000 digital copies of her previous four novels: Me Without You, The Secret Daughter, When I Lost You, and A Mother’s Confession. Before I Let You Go was Kelly’s first novel with Hachette Australia and was a Top 10 bestseller. Kelly lives in rural NSW with her husband, two children and fantastically naughty dogs, Sully and Basil. Her novels have been translated into more than 20 languages.

Most of my books have started as a whisper of an idea that I have to strain to listen for. In the case of this story, the idea floated past me at my mothers’ family Christmas party one December a decade or so ago.

I was standing in a crowd of cousins and uncles and aunts, gorging myself on traditional Polish food, as is our tradition at that party each year. It suddenly struck me that our now-large family had once been just a single Polish Catholic couple—my maternal grandparents. Displaced by war, they made a home almost 10,000 miles from the world they’d always known, in a country that was often less than welcoming to refugees. But seventy years later, more than 50 of their direct descendants know only that new country as home. Whether we are conscious of it or not, our grandparents’ decisions in wartime changed our lives.

I knew enough about my grandparents’ story and the war to surmise that the paths which lead them across the world to a new life would not have been easy…although, I knew very little of the specifics of that journey. My grandparents both died in the 1980s, and the sad reality is that much of their story died with them. Like many of their generation, there was little time to reflect or grieve even once the war ended. Their focus was on the future, and the physical, emotional and psychological wounds of war were soon trapped beneath the surface of the new life they were forging. The lessons they learned along the way were often lost to time.

I started reading about life for Polish citizens under the Nazi occupation, initially just trying to imagine what my grandparents might have seen and experienced. But as I read about World War 2, I was inspired by so many stories of love and survival, even in the face of unimaginable oppression and cruelty. Tomasz and Alina’s story became clear in my mind as I marvelled at the way that not even the worst of humanity is powerful enough to stamp out grace or hope or love. I decided that to write this book, I’d need to visit Poland to deepen my research, and while I was there, I’d try to discover some pieces from my own family history.

In 2017, my wonderful Aunt Lola and I travelled to Poland and spent several weeks exploring and researching. During those weeks, I discovered that inverse to the story I’d long planned for Alina and her brothers, my own grandmother had been taken for forced labor, while her brother was chosen to remain to work the family farm. And just as I’d planned for Alice, I stood on the patch of land that my grandmother’s family had farmed for generations before the war, and I peered through the dusty window of the house that had been my grandmother’s whole world before Nazi hatred changed her life forever. My Aunt and I walked the streets of Trzebinia where my grandfather was born (image 1: Trzebinia Town Square) and ate with distant cousins (image 2: Lola, our cousin Barbore, and myself).

When the time came to use my research to finally write the story, I took my own experiences in Poland and funnelled them into this work of fiction. For me, the best fiction always contains threads of the personal. I used my grandmother’s family farm as inspiration for Alina’s (see image 3 and 4, my grandmother’s family home). That real-life property is located some distance to the North-East of Trzebinia. I have taken liberty with the location and imaged it much closer to the township, because I so wanted to tell the story of that town. It suffered almost every brutal injustice imaginable during wartime –heavy bombing raids, horrific persecution and the eventual genocide of the local Jewish community, oppression of the Catholic community, and executions of civic leaders. Real-life Trzebinia is located just 19 kilometres from the site of Auschwitz Birkenau.

I was changed by the experience of connecting with distant roots and having the opportunity to see a little of the world my grandparents knew as their own. And while Alice’s family scenario is so much more difficult than my own, I have tried to write her story in such a way that women of many different family situations can relate to her journey. Wherever it was possible, I drew on my own experiences in Poland to inform the way that Alice experienced hers.

As I finished this book, I found myself right back at the original idea which inspired my research all of those years ago. Alina’s decisions in wartime would change the very world her descendants were born into, and her story had the potential to change her descendants’ lives…if only she could find a way to tell it. History’s most important lessons can be difficult to confront and even harder to share—but we are all richer when those lessons persist through generations. Perhaps more than ever, we need the wisdom our forebears gleaned through blood, sweat, and more than their share of tears. A searing page-turner of family secrets and the legacy of war by the Top 10 bestselling Australian author of Before I Let You Go. 2019. Life changed beyond recognition for Alice when her son, Eddie, was born with autism spectrum disorder. She must do everything to support him, but at what cost to her family? When her cherished grandmother is hospitalised, a hidden box of mementoes reveals a tattered photo of a young man, a tiny leather shoe and a letter. Her grandmother begs Alice to return to Poland to see what became of those she held dearest. WWII. Alina and Tomasz are childhood sweethearts. The night before he leaves for college, Tomasz proposes marriage. But when their village falls to the Nazis, Alina doesn't know if Tomasz is alive or dead. 2019. In Poland, separated from her family, Alice begins to uncover the story her grandmother is so desperate to tell, and discovers a love that bloomed in the winter of 1942. As a painful family history comes to light, will the struggles of the past and present finally reach a heartbreaking resolution? Inspired by the author's own family history, The Things We Cannot Say unearths a tragic love story and a family secret whose far-reaching effects will alter lives forever. 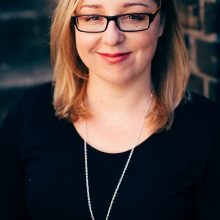 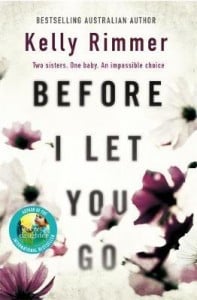 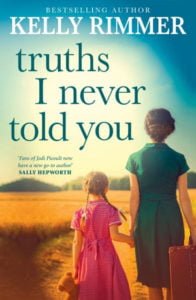 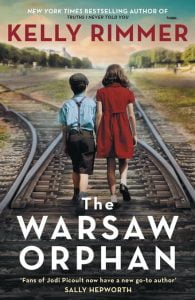