It might be famous for its surf, but Sydney’s Bondi Beach is also home to a wonderful bookshop inspired by a famous French salon where artists and writers once gathered.

On one of Bondi Beach’s busiest streets is an oasis of calm for writers, readers, coffee lovers and thespians alike. Gertrude & Alice bookstore sells new books, second-hand books and collectables, along with great food and coffee.

The bookshop sprang from the homes of friends Jane Turner and Katerina Cosgrove. They had stockpiled over 40,000 books in both their homes, hosting parties and waiting for the perfect premises to appear. They were inspired by the literature scene of Paris in the early twenties and thirties and the writers and artists who flocked to *Gertrude Stein and Alice B Toklas’ salon in their apartment at the Rue de Fleurus. When they found an old surf shop for lease on Hall Street in Bondi, the name they’d give their bookstore became obvious.

Gertrude & Alice eventually moved further along Hall Street, and when Katerina decided to focus on writing, she handed the store over to Jane. But this beloved Bondi institution has gone from strength to strength, and like all great bookstores is now an integral part of the local community. Visit at any time of day and you’ll find people scouring the packed shelves for the perfect read, or sitting at the old wooden tables and comfy lounges, eating, writing or reading. You’ll see parents chatting to their children over coffee and hot chocolate. The kids’ section, while not large, is full of wonderful titles.

The shop has been used for films, commercials, photo shoots, meetings, book signings and author talks, book-club lunches and dinners, first dates, weddings, poetry nights, music nights and more. The sectioned off rooms and jutting shelves means you might miss the famous author sitting nearby.

For a booklover, spending time at Gertrude & Alice feels like a well-deserved break. A salve for even the roughest days. You leave feeling like everything will be okay. It’s the kind of store that is becoming rarer, but that every community needs.

*Although Gertrude Stein and Alice B. Toklas both grew up in California, they met in Paris in 1907. When Stein and Toklas met, the connection between them was immediate, and Toklas soon moved in and became Stein’s partner. Stein helped to launch the careers of Henri Matisse and Pablo Picasso, among others.

Stein’s most famous work, The Autobiography of Alice B. Toklas, is regarded as one of the richest and most irreverent biographies ever written. Looking For Love? Try the Ever After Romance Bookshop 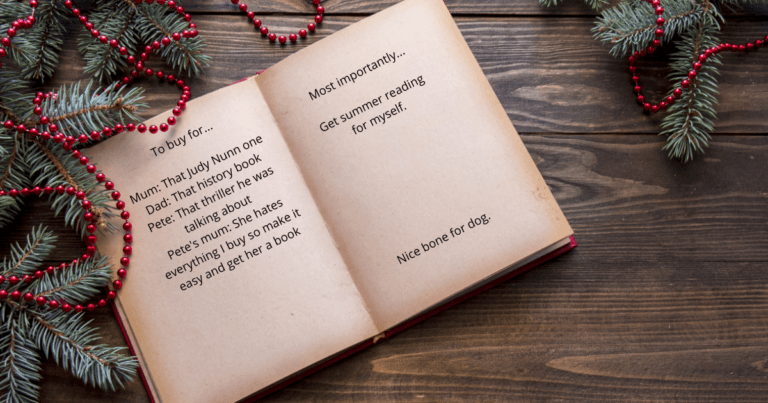 Escape into a Great Read: Some Silly Season Suggestions A Christmas Donation From the Better Reading Team