Brimming with humour, eccentricity and hard-earned wisdom: Read an Extract of The Millionaire Castaway by Dave Glasheen Dave Glasheen lived a fortunate life: Married with kids and a vast fortune. But his life began spiralling out of control after he lost his money in the stock market crash of 1987.

After a series of catastrophes, he needed to take drastic measures to restore himself. It was around this time that a friend told him about restoration island, off the north-east tip of Australia. Opting out of the rat race, he cast himself away there and rediscovered himself on a deserted island as far off the grid as was humanly possible. He has lived there ever since. 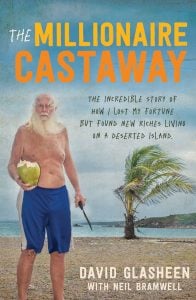 One annual supermarket shop, a sketchy internet connection, and enough ingredients for a home brew satisfy Dave’s material needs. He catches fish, traps rainwater and cooks on an open fire.

Written with Neil Bramwell an award-winning journalist and successful ghost-writer, Dave Glasheen has delivered a wonderful glimpse into his life – both in the broader sense and his daily life on the island. His trials and tribulations are vastly different to most people’s and described here with detail, heart and humour. From Dave’s running feud with Boxhead, an antisocial saltwater crocodile who just won’t leave him in peace, to having to get off the island when there is a family emergency, like bailing a daughter out of jail. And of course, there’s how he deals with cyclones.

Despite being a self-confessed loner, he enjoys company when it arrives. He entertains some passing travellers and wwoofers (Willing Workers On Organic Farms). There have even been some VIP guests, including Russel Crowe who dropped in when he was sailing past on his honeymoon.

He yearns for female company, but his dreams of sharing ‘Resto’ with his love, Denika changed when she fell pregnant with their son and their relationship fell apart soon after Kye’s birth. Women don’t last long on the island – however they do serve to add some laughs in the book. At one point Dave questions if the island had become a “remote drop-in centre for fallen women”. There’s Jenny who visited for a few days bringing all sorts of trouble and some laughs for the reader and Barbara who wanted to be carried from the boat and feared she got malaria. All names have been changed of course, to protect the author.

One memorable wwoofer set him up on RSVP, which led to some national publicity around his search for love. A Current Affair even promised to help him find The One. It didn’t work out and Dave has settled for Miranda, a mannequin. Generally, you get the sense that Dave doesn’t mind being alone. “Visitors are like fish – great when fresh but they soon start to smell.” In fact, Glasheen seems most content with his pet dingoes and friends from the Aboriginal community 40 kilometres away.

Glasheen is a great storyteller. His book is a rollicking tale, a patchwork of yarns that you can imagine him telling you around a camp fire, such as the stories he shares with Russell Crowe about his uncle. This uncle, among many other incredible feats, survived a plane crash and rescued his co-pilot and was awarded an Order of the British Empire, and was arrested in Bulgaria for attempting to rescue children caught up in the Greek Civil War.

Between heartbreak and hair-raising adventures, Dave has found happiness on Restoration Island. Brimming with humour, eccentricity and hard-earned wisdom, The Millionaire Castaway will give you a whole new view on life. It comes at a cost – Glasheen doesn’t gloss over the cost. The loneliness, the battle for the island, and most horrifically, the death of his daughter Ricky. And yet, there is a great deal to admire about the way Glasheen lives his life. He certainly does it his way.

Buy a copy of The Millionaire Castaway here.

Dave Glasheen is the former chairman of a publicly listed company, who has lived alone on the deserted Restoration Island off the coast of Far North Queensland since 1997. His 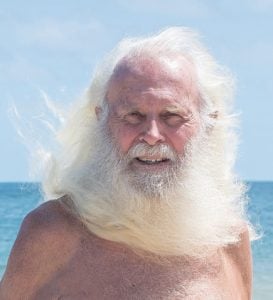 incredible life has been the subject of several international television documentaries. This is his first book. 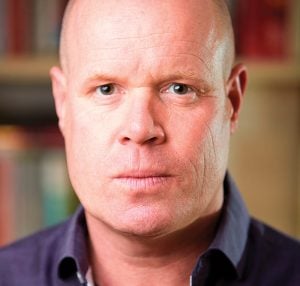 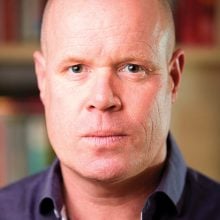 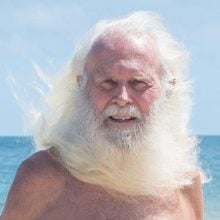 Dave Glasheen is the former chairman of a publicly listed company, who has lived alone on the deserted Restoration Island off the coast of Far North Queensland since 1997. His incredible life has been the subject of several international television documentaries. This is his first book.