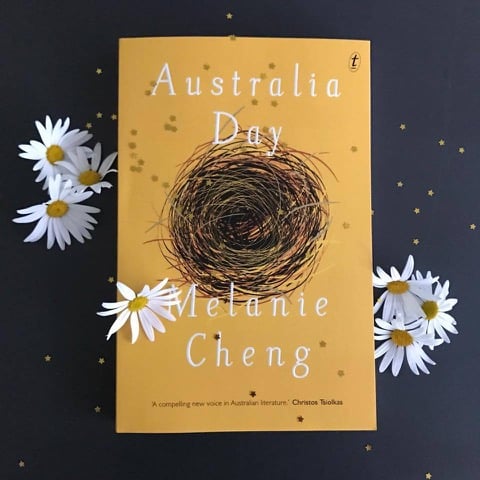 Australia Day by Melanie Cheng is many things, but at its core is a collection of moving short stories that forms a complete, tessellating portrayal of contemporary Australia, tackling as it does issues at the heart of our society: racial and cultural difference; cosmopolitan loneliness; and a realistic and sympathetic portrayal of modern love. It was a worthy winner of the Victorian Premier’s Literary Award for an Unpublished Manuscript in 2016.

Each story navigates familiar territory with incisive insight. In the first story ‘Australia Day’, a young man grapples with feelings of inadequacy while observing his love interest mingle with her cheating ex-boyfriend, who is still treated like part of the family at the Australia Day barbeque. The collection is bookended by ‘A Good and Pleasant Thing’ which functions as a kind of narrative echo – putting yet another Chinese character in an uncomfortable Australia Day setting.

Other stories are somewhat darker and present moral predicaments that deal with feelings of guilt and regret, such as ‘Things That Grow,’ in which a fractured relationship between Cora and her husband Paul is destroyed when he dies in a car crash – and Cora wrestles with the knowledge that Paul was cheating on her right before the crash.

Cheng’s writing is distinctly Australian – imagine Tim Winton’s long-lost sister who has grown up in big cities instead of rural Western Australia. These stories portray the youth, Chinese, Muslim, Lebanese, Christian, married couples, widows, the marginalised and those at the top of their game – an accurate depiction of modern Australia as a cultural melting pot. But at the root of these stories is a yearning to find belonging and acceptance in a fractured and diverse landscape. The result is tender, wise, and enchanting.

ike all successful short story collections, the dying pages are read with a sense of impression rather than closure. All of the stories have inhabited the same universe, the same zeitgeist, the same anxieties, and by the time it’s over you’re left applauding the cleverness of Cheng giving us her meditations on belonging to society in such a fractured and atomised way. In that sense, short stories are the perfect arbiters for modern life. They do not judge, they don’t pretend that life makes sense by following a prescribed order. They achieve an entertaining and accurate depiction of reality’s disarray.

‘Melanie Cheng is an astonishingly deft and incisive writer. With economy and elegance, she creates a dazzling mosaic of contemporary life, of how we live now. Hers is a compelling new voice in Australian literature.’ – Christos Tsiolkas.

Melanie Cheng is a writer and general practitioner. She was born in Adelaide, grew up in Hong Kong and now lives in Melbourne. Australia Day is her first book. Unlikely Roommates Thrust Together: Q&A with Melanie Cheng, Author of Room for a Stranger 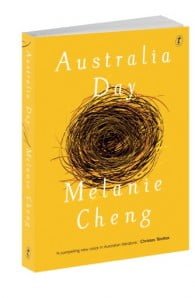 Australia Day is a collection of stories by debut author Melanie Cheng. The people she writes about are young, old, rich, poor, married, widowed, Chinese, Lebanese, Christian, Muslim. What they have in common—no matter where they come from—is the desire we all share to feel that we belong. The stories explore universal themes of love, loss, family and identity, while at the same time asking crucial questions about the possibility of human connection in a globalised world.Melanie Cheng is an important new voice, offering a fresh perspective on contemporary Australia. Her effortless, unpretentious realism balances an insider’s sensitivity and understanding with an outsider’s clear-eyed objectivity, showing us a version of ourselves richer and more multifaceted than anything we’ve seen before.About the AuthorMelanie Cheng is a writer and general practitioner. Of Chinese-Australian heritage, she was born in Adelaide, grew up in Hong Kong and now lives in Melbourne. In 2016 she won the Victorian Premier’s Literary Award for an Unpublished Manuscript. Australia Day is her first book.

Melanie Cheng is a writer and general practitioner. She was born in Adelaide, grew up in Hong Kong and now lives in Melbourne. In 2016 she won the Victorian Premier’s Literary Award for an Unpublished Manuscript. Australia Day is her first book. 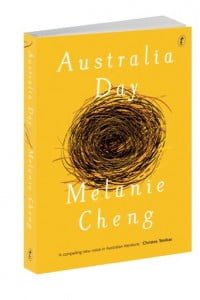