Enthralling, Tense, Satisfying: Read an extract from The Binding by Bridget Collins ‘Memories are a nice place to visit, but a terrible place to live,’ as someone once said. Memories, what we do with them and how they shape our lives, are central to The Binding, a darkly delicious, and above all, deeply romantic novel beautifully written by UK author, Bridget Collins.

As well, it’s a book about books: the main character, Emmett Farmer becomes apprenticed to a 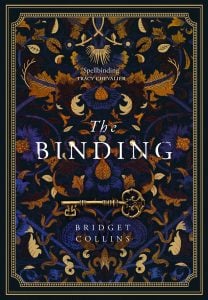 Bookbinder, but it’s not book binding as we understand it. While he does learn to handcraft beautiful volumes, within each one he captures your past, a memory that you want to forget. Once safely stored in the book, abracadabra, you will never remember your secret, no matter how dark.

Collins was inspired to take this tantalising idea and turn it into a book after volunteering for the Samaritans and listening to people who were ‘stuck,’ their whole life defined by a story where they were victim or a villain. She began to wonder what would happen if she could take away their story, leaving them to begin again, musings that turned into The Binding.

To some, the idea of being able to erase the past and start all over again may sound highly attractive, but if you don’t have your past, then who are you? In The Binding, it leaves people shells of their former selves. Delete your history and along with the bad stuff, you lose a whole part of yourself, the story seems to say.

Gorgeously written and swirling with ideas that explore the corners of the soul, reach into places that make us human, there are some wonderful images in the novel worth stopping to enjoy, a splendid use of language well worth savouring. Try these:

The decanter rattles against the rim like chattering teeth.

In the next few days we didn’t speak of it again; we only talked about the chores and the weather, treading carefully like people edging across new ice.

The scene setting in The Binding is outstanding, from shimmering moonlight to a room so quiet it was ‘like walking into a picture.’ Even the weather becomes a tool, the snow and cold seeping into the pages of the story, flaming sunsets illuminating others.

The story is a true original, unfolding in the present at first, then returning to the past to tell all that’s gone before. Early on it’s a slow burn, the story marching to the beat of a steady drum, equal parts mystifying and intriguing. Where will all this lead?

As the story of Emmett Farmer, his family, their daily farm life and a life changing encounter with the scrumptious aristocrat Lucian Darnay unfolds, the truth bursts through like the sun emerging on a cloudy day. Where things were hazy, suddenly everything becomes clear, the story rapidly morphing into one of star-crossed lovers, although as described elsewhere, it’s a Romeo and Romeo love story rather than a Romeo and Juliet affair.

It’s a rare thing that a writer manages to capture the magic of falling in love, especially those first dizzy, enraptured stages when the world seems to stop, but Collins has done it. It’s sensual without being graphic, intense and moving without being cloying or sentimental. Hard to peg an exact time in history when all this is happening but given the horses and carts in the story, and the disapproval their relationship generates, safe to say it’s a time when same sex relationships were illicit, hidden.

Their impossible love is made even more impossible by the class difference and things become even more complicated when Emmett’s beautiful sister, Alta, falls head over heels as well for the dashing Darnay, whom she becomes determined to marry, leaving her brother wracked with guilt.

Like all good stories, there is as much dark as there is light and a good share of old-fashioned villainy to make things come crashing down to the extent that it seems the young lovers may not get to enjoy a happy ending. The finale of The Binding, enthralling, tense yet satisfying, leaves you thinking (hoping), there may be scope for a sequel.

You know you’ve read a good book when you don’t want it to end. 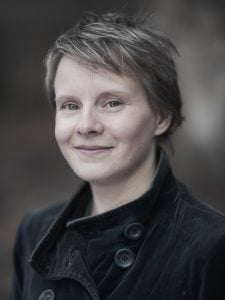 Bridget Collins trained as an actor at the London Academy of Music and Dramatic Art after reading English at King’s College, Cambridge. She is the author of seven acclaimed books for young adults and has had two plays produced, one at the Edinburgh Festival Fringe. The Binding is her first adult novel.

Purchase a copy of The Binding here 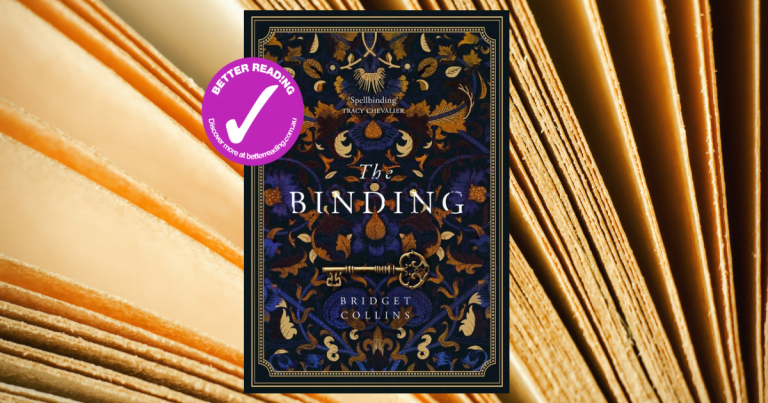 `I wish I had written it' Erin KellyImagine you could erase your grief. Imagine you could forget your pain. Imagine you could hide a secret. Forever.Emmett Farmer is working in the fields when a letter arrives summoning him to begin an apprenticeship. He will work for a Bookbinder, a vocation that arouses fear, superstition and prejudice - but one neither he nor his parents can afford to refuse.He will learn to hand-craft beautiful volumes, and within each he will capture something unique and extraordinary: a memory. If there's something you want to forget, he can help. If there's something you need to erase, he can assist. Your past will be stored safely in a book and you will never remember your secret, however terrible.In a vault under his mentor's workshop, row upon row of books - and memories - are meticulously stored and recorded.Then one day Emmett makes an astonishing discovery: one of them has his name on it.THE BINDING is an unforgettable, magical novel: a boundary-defying love story and a unique literary event. 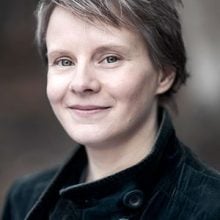 Bridget Collins trained as an actor at the London Academy of Music and Dramatic Art after reading English at King's College, Cambridge. She is the author of seven acclaimed books for young adults and has had two plays produced, one at the Edinburgh Fringe Festival. The Binding is her first adult novel. 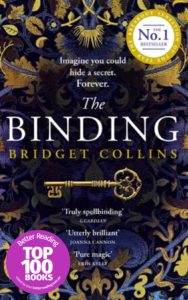