‘It’s hard for history to shock you once you understand that it’s every bit as nuts as modern life.’ We spoke to comedian and history buff Ben Pobjie about his new book ‘Error Australis: The reality recap of Australian history‘, an account of a young nation that’s both informative and hilarious.

Better Reading: Congrats on Error Australis. What do you hope readers will take away from this book?

BP: Mainly I hope they take away a lot of laughs. I hope all the jokes find their mark. If readers laugh their faces off, that would be enough. If, by chance, they find their interest in Australian history piqued, that’d just be a cherry on top.

BR: Were there things you learnt while researching that particularly shocked or surprised you?

BP: It’s hard for history to shock you once you understand that it’s every bit as nuts as modern life. The story of the Emu War wasn’t exactly shocking, but it was hilarious. The Gold Rush was a bit of an eye-opener, to be honest – the Wild Westification of the Australian colonies is something we don’t think about much. I was surprised by just how chaotic and lawless this place got when gold arrived. A lot of the time it wasn’t as much a shock as a slight jolt at being reminded of some of the facts of history – like how devious and ruthless Robert Menzies was behind his father-of-the-nation façade.

BR: Although you may have occasionally taken some artistic license, readers will learn plenty about Australian history from Error Australis. What are some of the best weird-but-utterly-true facts?

BP: Again, the Emu War – a military operation in which the Australian Defence Force set out to defeat a bunch of birds, and lost – is a fantastic period in Australian history. And there are lots of great little bits from the age of exploration – Hume and Hovell are a treasure trove of bizarre anecdotes, they were like a sitcom. They decided to split up and tried to divide all their belongings down the middle – the extent they fought over a single frying pan, and one ended up taking the pan and one took the handle. Then they literally got lost – they went to completely the wrong place and brought back a totally false report of the nature of Western Port Bay, because they’d never actually been there! All in all the incompetence of the famous explorers is fascinating and very very funny. But maybe the greatest weird fact in Australian history was the time Ned Kelly was arrested for sending another man calf’s testicles. You can make stuff like that up, but people wouldn’t believe you.

BR: In the book, many Australian historical figures become larger-than-life characters. Did you have a particular favourite to research or write about?

BP: I have a couple of favourites. I love Ben Hall, because he was a bushranger who really was pushed to a life of crime by cruel authority, as in the best romantic crime stories. He has a wonderful, cinematic story to be told, but gets overshadowed by Ned Kelly because Ned had the helmet. Hall was denied his historical due. I also have a strange affinity for William Bligh, who was a real bastard and not the kind of guy you want to spend any time with, but had a brilliant, indefatigable stubbornness to him. He just would not back down, ever. That’s what caused him to be the victim of two famous mutinies. When the Rum Corps – who were a bunch of crooks – dragged him out of the governor’s mansion and kicked him out, he still refused to admit defeat. He basically sat on a ship in the harbour waiting for them to apologise. In his eyes, he was appointed governor by the Queen, and he would BE governor, until the Queen told him otherwise. Right or wrong I have to admire his complete refusal to ever bend.

“We don’t want every history book to be a comedy book, but I reckon humorous history can do serious history a big favour.” – Ben Pobjie

BR: There aren’t many books that take a humorous approach to history. Why do you think this is an important new way of considering the past?

BP: I think history is such a beautiful field of study, it is so valuable and so enriching, but a lot of people are turned off it – and this is especially true of Australian history among Australians – by the perception that it’s dry and dull and the kind of subject to be endured rather than embraced. I think it’s a lot harder to spark an interest in history if you persist in seeing historical figures as untouchable monuments. We have too much reverence for our history – we struggle to see it in relatable, human terms. When we make fun of events and figures in history, they become less distant, more relatable – the realisation that history was as full of stupidity and pettiness and silly, clueless people as the present is really makes it a lot more accessible. We don’t want every history book to be a comedy book, but I reckon humorous history can do serious history a big favour.

BR: What are some other chapters in world history you’d like to recap?

BP: I’d love to do the American Revolution – most revolutions really, French, Russian, all those periods when people with incredibly lofty ideals found them uncomfortably rubbing against human nature. The medieval era in Europe is fantastic: full of absurd, stupid beliefs, terrible, crazy rulers, and a lot more going on than people think. And I’d love to sink my teeth into Genghis Khan – mainly because I’d love to be able to read all about him and call it work.

BR: If we put all of Australia’s past prime ministers into some sort of Big Brotheresque house – who do you think would emerge victorious?

BP: Howard’s rat cunning would be hard to beat, I think. Then again Alfred Deakin was prime minister on three separate occasions and there’s something to be said for persistence. Paul Keating and Billy Hughes would be hits with the network for their sheer entertainment value – everyone would be talking about them the next morning at work – but they’d turn off too many voters. In terms of being able to ruthlessly dispatch enemies while staying popular enough to be loved by the voting public…it’s got to be Menzies. The ultimate survivor.

BR: Do you have any plans for future books –a breadfruit cookbook, perhaps?

BP: That’s a great idea! Then I might finally find out what the hell breadfruit is! I have so many plans for future books my greatest fear is not living long enough to write them all. I’d love to write the definitive humorous history of Australian cricket – and see if anyone wants to read it. And a book about Prisoner. I’ve also got a few novels up my sleeve: one about vampires, one about God and one about the Gippsland Panther. But I reckon history – delving into the past and discovering how strange and ridiculous everyone was back then, and how little anything changes – will always be a big part of my writing.

To find out more or purchase a copy of Error Australis click here. 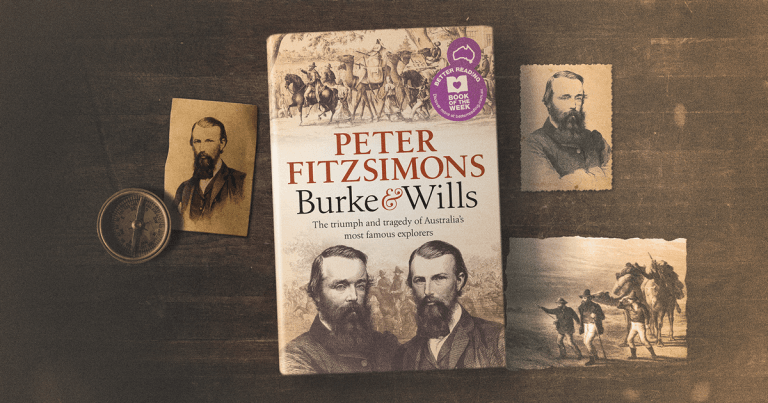 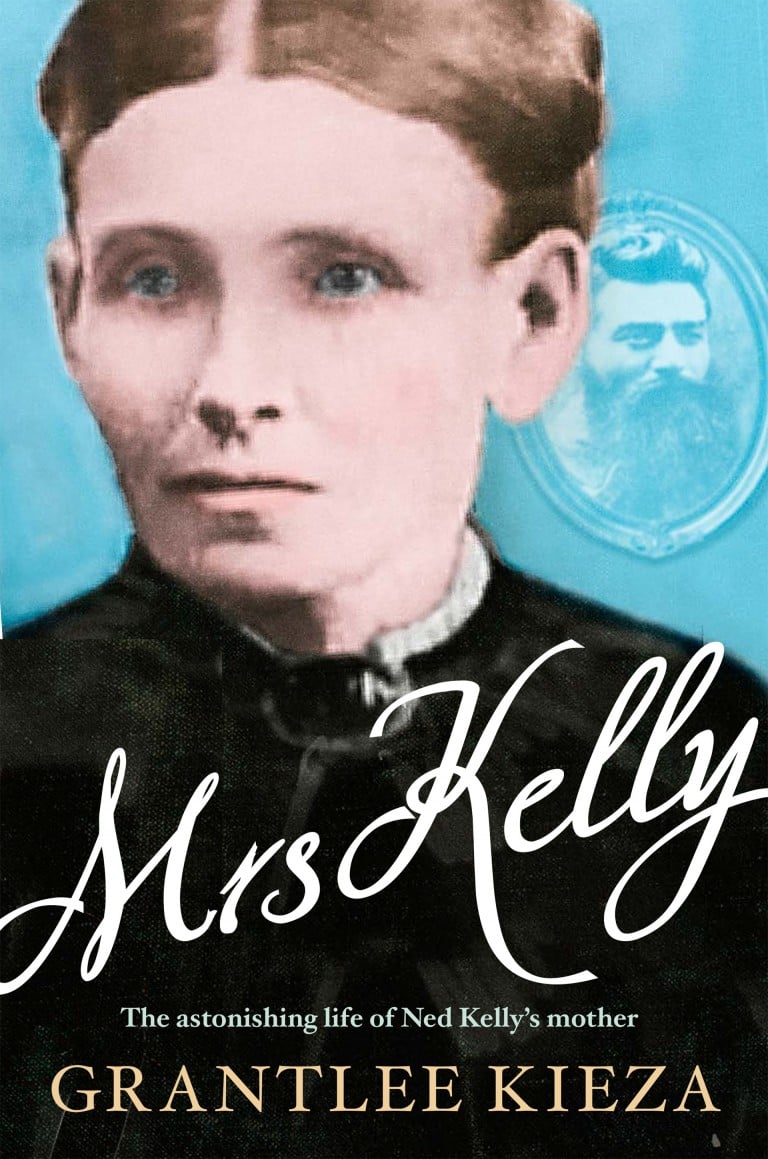 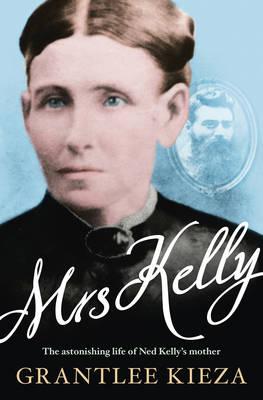 Travel Back In Time This Weekend With Grantlee Kieza's Mrs Kelly 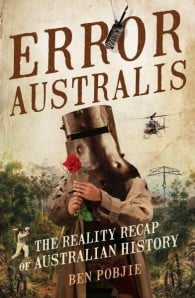 We’re engrossed with reality TV these days, yet we so often neglect the greatest reality of all: the reality of our nation and how it came to be. In Error Australis, TV columnist, comedian and history buff Ben Pobjie recaps the history of Australia from its humble beginnings as a small patch of rapidly cooling rock to its modern-day status as one of the major powers of the sub-Asian super-Antarctic next-to-Africa region. As thrilling as it is to see Delta Goodrem’s chair turn around, there’s an argument that World War Two was even more exciting and, like any good recapper, Pobjie provides an immediate, visceral sense of what it was like to be there in the moment at our nation’s defining events.It is only by looking at where we have been that we can understand who we are, what we stand for and why nothing seems to work. Error Australis is a scholarly and hilarious account of a young nation that has spent many years seeking its place in the world, and almost as many years not liking what it has found.

Ben Pobjie studied history at the University of Western Sydney before his lust for glamour led him to comedy writing. He is known for his TV columns in The Age and Sydney Morning Herald, and political satire for New Matilda, Crikey, and the ABC, among others. He is the author of Superchef and The Book of Bloke and has written for the TV shows Reality Check and The Unbelievable Truth. He lives in Melbourne with his wife, three children and a rising sense of panic. 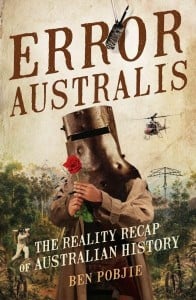 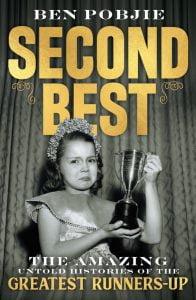 Second Best: The Amazing Untold Histories of the Greatest Runners-up