It’s 1809 and twelve-year-old Ben Huntsmore has only known the safety and security of life in Badger’s Hill, his family’s estate in England. He loves life on the land and spends his time with his mother and the other families who work with them. Everything is in abundance and life is good.

His father, an elusive man, is a ship-owner and spends most of his time trading in various ports around the world. While mostly absent, he always returns with exotic gifts and stories and Ben has always been confident of his father’s love for his family.

That is, until Ben discovers that his father’s gambling debts have stolen his home and their farm from them. Despite the property belonging to his mother, they are forced to leave their home and follow his father on his next ill-fated business venture.

Mr Huntsmore has hatched a plan to transport convicts and trade items to Sydney. Once there, they will hire a crew that is ready to attack and plunder enemy trading ships. Believing that Ben has been too protected under his mother’s watch, he challenges him to be part of the scheme with little thought to any impact this might have on a young boy.

After suffering a terrible fever, losing his mother to sickness on their journey and discovering that convicts have been living in a dark, damp hold for many months, Ben tries desperately find some integrity in his father and hopes that they will be able to buy back Badger’s Hill.

However, the plan doesn’t unfold as expected and when the crew mutinies after attacking a Dutch ship, Ben is left to survive with only the help of convict Higgins and Indigenous sailor, Guwara.

It becomes clear that Ben will never return home. Can he survive and return to Sydney Town to start a new life for himself – one built on hard work, respect for others and integrity? One that will make him feel proud?

Author Jackie French has extensively researched the era of early settlement in Sydney to bring this piece of history to life. While fictional, there are detailed author notes at the back of the book that provide readers with more information about the facts that underpin the story.

Readers 10+ will be intrigued to learn about the treacherous life of convicts, sailors and the early days of settlement under Governor Macquarie. As well as exploring ideas of family, loyalty and discrimination in her usual entertaining way, French enlightens many of us – not just the young – about Indigenous sailors, Indigenous language and the slave trade.

Clever writer that she is, Pirate Boy of Sydney Town is as exciting and as vivid as it is informative and if along the way the story whets young appetites for finding out more about the early days of Australia, even better! 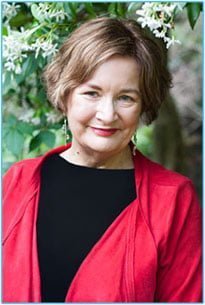