Tim Ayliffe has been a journalist for almost 20 years and is the Managing Editor of Television and Video for ABC News. He has also worked as TV News Editor for ABC News and the 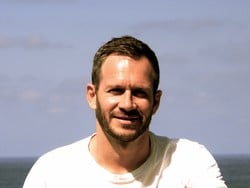 Executive Producer of ABC News Breakfast. Before joining the ABC in 2006, Tim worked in London for Sky News as a digital and television journalist. The Greater Good is the first book in a three-book series featuring John Bailey. When he’s not writing or chasing news stories Tim rides bikes and surfs. He lives in Sydney with his wife, Justine Dougherty, and their two children, Penelope and Arthur.

Your latest book, State of Fear is described as a thriller about taking down the world’s most deadly terrorist. Can you tell us a bit more about the book?

I’ve tried to write a fast-paced crime thriller that offers a window into a world where a terrorist, sitting in a bomb-damaged room in Syria, can infect young, disenfranchised, minds on the other side of the world and direct them to attack innocent people in God’s name.

My main character, John Bailey, has spent decades reporting from war zones. He’s traumatised by the horrors that he has seen, including having been kidnapped and tortured by an Islamic terrorist.

Finally, Bailey’s living something that resembles a normal life. He and Police Detective Sharon Dexter have rekindled an old romance, and he’s no longer an absent father for the daughter he once left behind.

But all that changes when a British terrorist kills a woman in front of Bailey and his friend and Editor, Gerald Summers, in London. The mastermind behind the attack is Mustafa al-Baghdadi, the man who kidnapped Bailey in Fallujah more than a decade ago.
The teenage son of Bailey’s old driver from Iraq is missing and police believe he has been recruited by Mustafa to carry out a bombing in Sydney.

When Mustafa starts taunting Bailey with phone calls, threatening everyone he loves, he enlists the help of the only man he knows he can trust – CIA veteran Ronnie Johnson.

Detective Dexter has been promoted to head a special Australian Police taskforce that has one aim – to stop home-grown terrorist attacks.

For the police, Bailey is their best chance to prevent another attack from happening. But for Ronnie Johnson and Bailey himself, it’s unfinished business: the chance to take-out the FBI’s most wanted terrorist once and for all.

Unfortunately, terrorism has become a part of everyday life.

In mid-July, a few young men were arrested in Sydney for allegedly planning an attack. There will be more. Thousands of foreign fighters – including hundreds of Australians – have gone to fight for Islamic State in Syria and Iraq. Now they’re coming home.

Police don’t have the resources to properly monitor everyone with extremist views and there’s deep distrust among migrant communities towards authorities, politicians and shock-jocks in the media.

The way people consume media these days, largely on mobile phones, leads to fake news and unfiltered stories and violent videos getting through, adding to a sense that the world is becoming more dangerous when, realistically, in places like London and Sydney, it has never been safer. But that’s a hard fact to grasp when, almost daily, people are made to feel like they’re living in a constant state of fear.

This is very disturbing subject matter. How did you deal with that personally while working on the novel? Were you able to switch off at the end of each day?

Working in the news for so long, you learn good coping mechanisms about how to deal with confronting content. But spending time with my wife and kids is the thing that allows me to detach the most. I also exercise a lot and my wife and I love watching TV series’ together.

Firstly, I want readers to enjoy this book as a page-turner they can’t put down. I want people to love the characters as much as I do – not least because there’s a third John Bailey thriller in the pipeline!

But as for overarching themes and take-outs? I want people to know that extremism is a pox on our world – but so is intolerance. When people feel like they don’t belong, they can be driven to do stupid things.

Another sub-plot for this book is the changing media world, where fake news thrives and politicians and extremists have mastered the art of manipulation. I’ve tried to shine a light on those who prey on people’s fears.

You’re the Managing Editor of Television and Video for ABC News, and have a family. How do you fit writing a novel into your busy schedule?

I have incredible support at home and my day job is a bit like ‘research.’

Even as I was building my career as a journalist, I was always chipping away at writing something creative on the side. I’ve dreamt about getting published ever since I was a teenager so I’ve always, somehow, found some time.

My current regimen is to get up at 5am twice during the week and write until 630am before helping with kids lunches and heading off to work just after 7am. On weekends, I find a writing-block of around four hours, usually early on a Sunday morning.

Writing my books is never a chore for me. There are so many great writers out there who never get published. I write purely for the joy and the privilege. 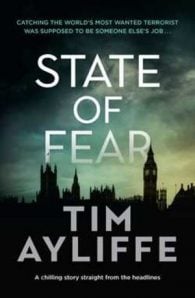 John Bailey has a history of being in the wrong place at the wrong time. The veteran war reporter has been kidnapped and tortured – twice. Finally he’s living something that resembles a normal life. But all that changes when a terrorist murders a woman in front of Bailey in London.The mastermind behind the attack is Mustafa al-Baghdadi – No.1 on the FBI’s most wanted list – and the man who tortured Bailey in Fallujah a decade ago.Mustafa has a deadly axe to grind with Bailey. He taunts Bailey with threats of more attacks in other cities, closer to home. Back in Sydney the teenage son of Bailey’s old driver from Iraq is missing, and the people who matter most to Bailey have become targets. Bailey enlists the help of the only man he knows he can trust – ruthless CIA veteran Ronnie Johnson, supposedly retired – in a race against time to take down the world’s most deadly terrorist, once and for all. 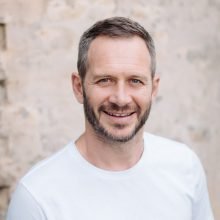 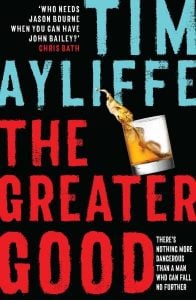 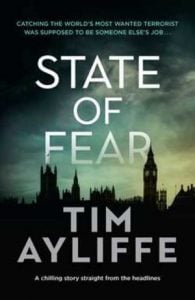 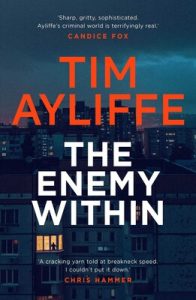