Childhood: Between the ages of 3 and 8 she travelled a lot to Africa due to her father’s work.

Best known for: Writes adult and children’s books but is best known for her romantic historicals that take the readers on journeys to other times and places.

Most recent book: The Tea Gardens. Tells the story of spirited doctor Isla Fenwick and her pursuit of passion, taking the reader from England’s seaside town of Brighton to India’s slums of Calcutta and the breath-taking Himalayan mountains.

How many books written: 35

How she began writing: McIntosh was running a thriving travel magazine with her husband when at the age of 39 she had a mid-life crisis. ‘My big meltdown became a yearning to write. I don’t know quite how or why it crept up on me. I wrote a story, sent it off. A major publisher rang me and said it wanted three books. It was a fairytale. And in my excitement I decided writing fiction was all I wanted to do and I was prepared to risk everything for it. My husband wondered if I needed hospitalization. I begged him to trust me. He did. We sold the business, lived off love, fresh air, eggs and some savings and I began to write madly…book after book. It took a while.’

Quotable quote: ‘India changes you. I defy anyone to go to India and not come back changed in some way.’

Something you didn’t know: When McIntosh moved to Australia when she was 19 she made a dear friend called Lyn. They were both Anglo-Indian, born within a month of each other. About a dozen years into the friendship they worked out that Lyn’s mother had been an orphan at Kalimpong in northern India and McIntosh’s grandmother had been her teacher. ‘Life is strange, it takes its twists and turns, but history comes and taps you on the shoulder when you least expect it.’

Favourite books: The Power of One by Bryce Courtenay inspired McIntosh to follow her dreams. Tigana by Guy Gavriel Kay: ‘Who knew fantasy could be so beautifully written?’ The Lion, the Witch and the Wardrobe by C.S Lewis: ‘I had never cried from words in a book as I cried at the age of nine when Aslan died.’ The Bourne Identity by Robert Ludlum : ‘I knew I wanted to see all those cities Ludlum raced his character through.’ 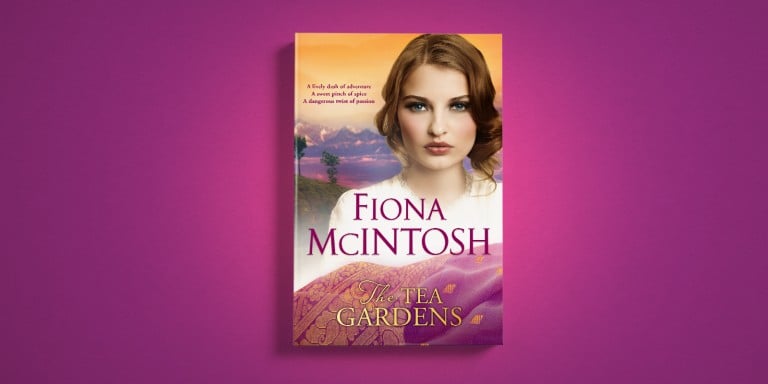