From Invisible to Visible: Felicity McLean on the difference between ghostwriting and writing under her own name 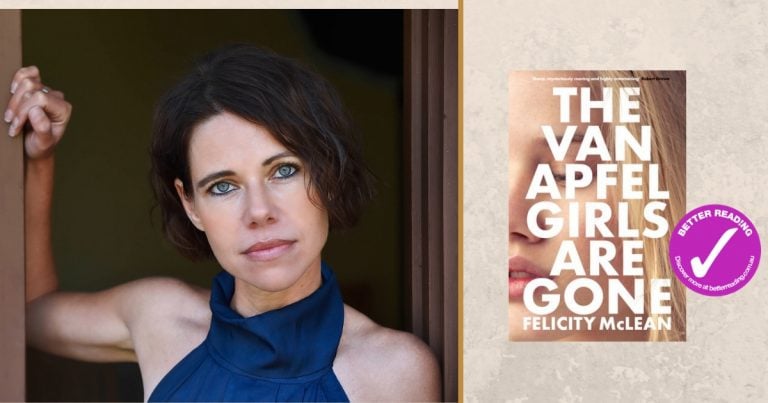 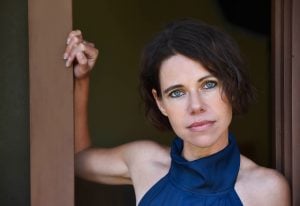 Felicity McLean is a writer and a journalist.  Her writing has appeared in The Good Weekend, the Daily Telegraph, the Herald Sun, the Big Issue and more. She has written fiction and non-fiction books and has been published by HarperCollins Publishers, Allen & Unwin and Black Inc. Her latest non-fiction book, Body Lengths, was co-written with Olympian Leisel Jones. It won the 2016 Australian Book Industry Awards ‘Reader’s Choice’ for Small Publisher Adult Book of the Year, and it was Apple iBook’s ‘Best Biography of 2015′. As a ghostwriter she has collaborated with celebrities, sports stars, business leaders and others. Felicity’s new fiction book, The Van Apfel Girls are Gone, is being described as Picnic at Hanging Rock for a new generation, a haunting coming-of-age story with a shimmering, unexplained mystery at its heart.

What’s the difference between writing as a ghostwriter and writing a novel under your own name?

Novelist and essayist, Sloane Crosley, once remarked that her literary hero is “any woman who has to take an author photo where she looks the just-right amount of appealing”. Wait till she learns that when you’re a ghostwriter you can skip author pics altogether.

Ghostwriters are, by very definition, invisible.

Their names rarely appear on the books they’ve authored or co-authored. And while this means ghosts are necessarily the most boring guests ever to haunt your dinner party (‘What do you write?’ ‘I’m contractually obliged not to say.’ ‘Written anything I might know?’ ‘If I tell you, I’ll have to kill you.’); there are perks to being a ghostwriter.

For a start, fiction works best under solitary confinement, while ghostwriting generally involves a fair amount of collaboration. And collaboration can be fun.

When I co-wrote Body Lengths with Olympic swimmer Leisel Jones we quickly found we did our best work while eating. Dim Sims, tacos, pizza at the pub. Leisel would reveal all the nitty-gritty of her life with only my dictaphone and a large platter of soft cheese between us. (She came to my house once during editing and brought cronuts – croissants-cross-donuts – much to the delight of my kids. LJ is still famous in our house because of her baked treats, and not as one of Australia’s greatest Olympians.)

The other bonus is that, as a novelist you’re required to make a clever speech at your book launch. A ghostwriter, meanwhile, gets to stand surreptitiously at the back of the room helping themselves to the free champagne. The same applies for book tours, festival appearances, media interviews, and book signings. Truly, a ghostwriter’s work at the chips ‘n dips table is never done.

Perhaps the greatest difference, however, between ghostwriting and writing a novel is: plot.

Ghostwriters are often working with a pre-made plot. Award-winning author and clandestine ghostwriter Malcolm Knox sums it up best when he says: “Writing a life is the least of it. The real work is living it…” The subject of the book has done all the hard yards in living out the plot, ready for you to write.

Certainly, there are many (many) hours of crafting and drafting and editing required when writing someone else’s story. There are a million different ways to write any life and, as a ghost, it’s up to you to come up with the best one.

But writing someone’s memoir or autobiography means you’re at least presented with all the possible plot elements, even if you have to decide how to piece them together. By comparison, writing fiction felt like doing a jigsaw when I wasn’t confident I even had all the pieces in the box.

That was until I hit on the realisation that my characters in The Van Apfel Girls Are Gone were no different to the real-life people I was used to collaborating with.

After months spent writing about Tikka and the enigmatic Cordie, after hours spent with feisty Ruth, the characters in The Van Apfel Girls Are Gone were as real to me as if they were living breathing people. Sitting at my kitchen table. Feeding cronuts to my children. Their lives mattered, their stories mattered. And sharing all of their secrets and plans and hopes with the reader worked in the same way as it did in non-fiction.

And so the same old questions of sequence and structure resurfaced. What can I tell you, dear reader, about Tikka Malloy to show you that she’s fundamentally a good person? Sure, she’s going to mess up. She’s going to do things that, at best, don’t look so hot. At worst, Tikka’s actions may have tragic consequences for her friends. But what if I tell you about that time she wrote an entire skit for the school Showstopper just to try and help out her friends? Will that shape the way you think of my mate, Tikka?

And so it turns out that the challenges of plot (and of character and language and theme) aren’t so very different regardless of whether you’re a novelist or a ghost. Publicity, on the other hand, is suddenly much harder. Time to put down the free hors d’oeuvres. 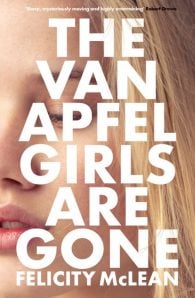 Part mystery, part coming of age story, The Van Apfel Girls are Gone is set in a distant suburb on the encroaching bushland, over the long hot summer of 1992. It's the summer of the school's Showstopper concert. The summer Tikka never forgot. The summer the Van Apfel sisters disappeared. Blackly comic, sharply observed and wonderfully endearing.'We lost all three girls that summer. Let them slip away like the words of some half-remembered song and when one came back, she wasn't the one we were trying to recall to begin with.'Tikka Molloy was eleven and one-sixth years old during the long hot summer of 1992 - the summer the Van Apfel sisters disappeared. Hannah, beautiful Cordelia and Ruth vanished during the night of the school's Showstopper concert at the amphitheatre by the river, surrounded by encroaching bushland.Now, years later, Tikka has returned home to try and make sense of the summer that shaped her, and the girls that she never forgot.Blackly comic, sharply observed and wonderfully endearing, this is Picnic at Hanging Rock for a new generation, a haunting coming-of-age story with a shimmering, unexplained mystery at its heart.https://t.dgm-au.com/DaWJq 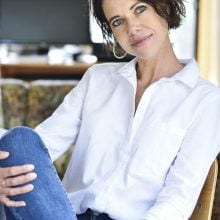 Felicity McLean is a writer and a journalist.  Her writing has appeared in The Good Weekend, the Daily Telegraph, the Herald Sun, the Big Issue and more. She has written fiction and non-fiction books and has been published by HarperCollins Publishers, Allen & Unwin and Black Inc. Her latest non-fiction book, Body Lengths, was co-written with Olympian Leisel Jones. It won the 2016 Australian Book Industry Awards 'Reader's Choice' for Small Publisher Adult Book of the Year, and it was Apple iBook's 'Best Biography of 2015′. As a ghostwriter she has collaborated with celebrities, sports stars, business leaders and others. Felicity's new fiction book, The Van Apfel Girls are Gone, is being described as Picnic at Hanging Rock for a new generation, a haunting coming-of-age story with a shimmering, unexplained mystery at its heart. 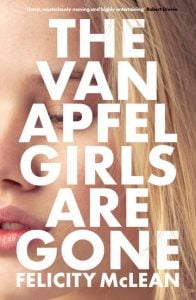 The Van Apfel Girls are Gone