History, Politics and Love: John Tesarsch takes readers behind the Iron Curtain in new thriller Dinner with the Dissidents 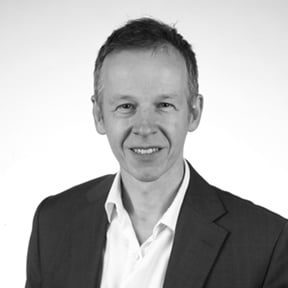 John Tesarsch is the author of the acclaimed novels The Philanthropist and The Last Will and Testament of Henry Hoffman. He has degrees in music and law, and pursued a career as a cellist in Vienna before he turned to writing. After travelling widely, John returned to Australia, where he lives with his wife and two children. He is also a barrister, and he lectures in law at the University of Melbourne. Dinner with the Dissidents is his third novel.

Purchase a copy of Dinner with the Dissidents here

I first read Alexander Solzhenitsyn’s One Day in the Life of Ivan Denisovich when I was a student, many years ago. There are some books that shape us, stay with us – and for me, this is one of those books. It follows an ordinary man as he struggles to survive one long day of his ten-year sentence in a Siberian gulag. I read it on a midwinter afternoon in Vienna: minus twenty degrees, with the wind buffeting the windows; Solzhenitsyn’s bleak prose made it feel more like minus forty. The publication of this novel in the Soviet Union, in 1962, was an historic event. The subject was so controversial that it could only be published with the approval of Khrushchev himself. Soon afterwards, the Politburo decided this had been a mistake. Solzhenitsyn had already survived the Eastern Front, the gulags, cancer and internal exile, and now this book earned him another decade of persecution. His courage was remarkable, and his subsequent work – especially The Gulag Archipelago – undoubtedly contributed to the demise of the communist regime. 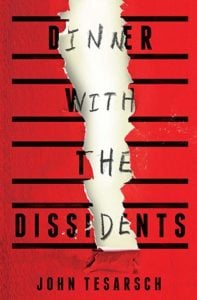 When Solzhenitsyn was awarded the Nobel Prize for Literature, the persecution intensified. Mstislav Rostropovich, the legendary cellist, then wrote an audacious letter to Pravda, defending Solzhenitsyn, and he was also branded a dissident.

Rostropovich had a dacha in Zhukovka, just outside Moscow. As Solzhenitsyn was destitute, Rostropovich allowed him to live there so that he could work undisturbed. They had some remarkable neighbours, including Andrei Sakharov, the nuclear physicist turned peace activist, and Dmitri Shostakovich, the great composer. This was a cohort of geniuses (and dissidents – with the vexed exception of Shostakovich) that brings to mind Renaissance Florence.

Once I was a cellist, and Rostropovich has always been an inspiration. Often, I wondered how the conversation must have flowed around his kitchen table, in the depths of winter, as the snowdrifts piled up outside. Great minds, great souls, shunned by the regime and their erstwhile friends. And surely there must have been extraordinary tension between Solzhenitsyn, who had resolutely defied the Politburo for a decade, and Shostakovich, who had complied with the Party’s requests to denounce other artists and intellectuals so that he could work in peace.

Where certainty ends, fiction begins. This sense of wonder, and intrigue, was the start of the long journey which has now led to the publication of my new novel, Dinner with the Dissidents. It germinated for more than twenty years, until it grew into the form of a (fictional) young novelist, Leonid Krasnov, who is asked by the KGB to spy on Solzhenitsyn, because they believe – with good reason – that the Nobel laureate is hiding the manuscript of his most damaging work yet.

My research (besides a memorable Trans-Siberian journey) included months reading an enormous pile of biographies and other books about life in the Soviet Union. As I have always marvelled at the great Russian literary and musical traditions, this research was endlessly fascinating. But eventually I was impelled to put aside those books and begin work on my own manuscript, convinced that Solzhenitsyn’s life and works remain of vital relevance in modern life. 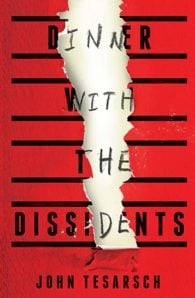 It is 1970, and cracks are appearing in the Soviet Union as it struggles to quell dissident voices. Censored at home, the Nobel laureate Alexander Solzhenitsyn is lauded in the West for exposing the underbelly of communism, and is rumoured to be writing his most damaging work yet. The Kremlin is worried; Solzhenitsyn must be stopped.The KGB turns to Leonid Krasnov, an aspiring young writer. They promise to make him Moscow’s next literary star if he will infiltrate Solzhenitsyn’s inner circle and report back on what the great author is hiding. At first Leonid complies, but when he falls in love with Klara, a brilliant dissident cellist, his allegiances waver. By then he is already enmeshed in a plot more sinister than he could ever have imagined. Many years later, Leonid is living a reclusive life in Canberra under an assumed name. Haunted by his past, he seeks one last, desperate chance to make amends.Dinner with the Dissidents is a gripping portrayal of tumultuous times, and a thrilling story of love, courage and deception. 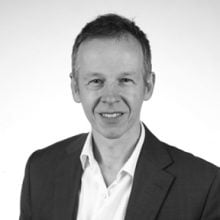 John Tesarsch is the author of the acclaimed novels The Philanthropist and The Last Will and Testament of Henry Hoffman. His latest novel, Dinner with the Dissidents, will be published in September 2018. He has degrees in music and law, and pursued a career as a cellist in Vienna before he turned to writing. After travelling widely he returned to Australia, where he lives with his wife and two children. He is also a barrister, and lectures in law at the University of Melbourne.

Dinner With The Dissidents