A Story Blooming Inside Me: Armando Lucas Correa on the Inspiration Behind The Daughter’s Tale

Armando Lucas Correa is an award-winning journalist, editor, author, and the recipient of several awards from the National Association of Hispanic Publications and the Society of 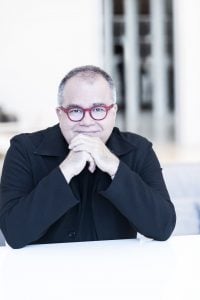 Professional Journalism. He is the author of the international bestseller The German Girl, which is now being published in thirteen languages, and The Daughter’s Tale, released in 2019. He lives in New York City with his partner and their three children. Visit ArmandoLucasCorrea.com.

Following in the footsteps of my first novel, The German Girl, The Daughter’s Tale tells another forgotten story from World War II – a story that crystallised in my mind the day I met Judith, a survivor of a refugee ship that was turned away from Cuba, its passengers sent back to face grim fates in the camps of Europe.

Judith was only fourteen months old when her family took her aboard the St. Louis. After being turned away from Cuba, the U.S., and Canada like so many others, they arrived in France, where a Catholic family sheltered them until the Nazis invaded the Old Continent. One night, German guards forced her out of the home with her parents and into a provisional internment camp. Their final destination: Auschwitz.

I’ll never forget my visit with Judith in her small apartment in Kew Gardens, Queens. The dark, heavy curtains in her living room were closed, the only light emanating from an amber-coloured lamp next to a damask armchair where Judith sat. She whispered her story, struggling against her failing health. She said she had been relatively happy in the camp with her parents and the other children, until one afternoon, just before every-one was thrown into battered wagons bound for Poland, she found herself in the middle of a forest holding her father’s hand.

Her father came closer and whispered in her ear: “Look up, to the tree tops.” For an instant, she felt alone. Suddenly, another firm hand, one she didn’t know, took hers. When she turned, her father was gone. She never saw him again. As I sat there with Judith, transfixed by her words, I felt something blooming inside of me. That afternoon, The Daughter’s Tale was born. 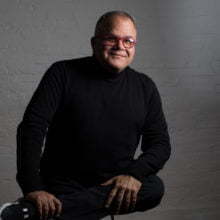 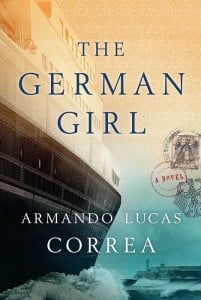 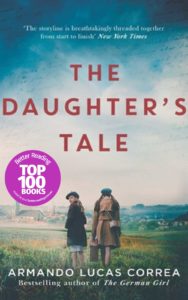