Christian White is an Australian author and screenwriter whose projects include feature film Relic. The Nowhere Child is his first book and one of Australia’s bestselling debut novels ever. An early draft of this novel won the 2017 Victorian 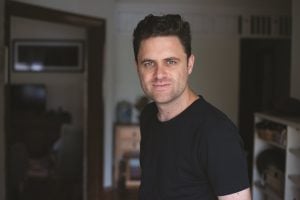 Premier’s Literary Award for an Unpublished Manuscript. Since publication The Nowhere Child has been shortlisted for major awards including the Australian Book Industry Awards’ General Fiction Book of the Year and Matt Richell Award for New Writer of the Year, and the Indie Book Awards’ Debut Fiction Book of the Year. Rights to The Nowhere Child have been sold in 16 territories around the world, and were acquired in a major screen deal by Anonymous Content (US) and Carver Films (Australia). Christian’s keenly awaited second book, The Wife and the Widow will be published in Australia by Affirm Press in October, 2019.

Christian lives in Melbourne with his wife, filmmaker Summer DeRoche, and their adopted greyhound, Issy.

The Wife and the Widow is described as a mystery/thriller told from two perspectives. Can you tell us a bit more about the book?

The Wife and The Widow is standalone mystery/thriller set in an eerie coastal town in the middle of winter, when all the summer tourists have disappeared. It’s told from the perspective of two women, the widow of a man who vanishes under mysterious circumstances, and the wife of a man accused of murder. It explores the way we never truly know the people closest to us.

Your first book, The Nowhere Child was a huge hit. Did you experience any of the dreaded Second Book Struggles when writing The Wife and the Widow?

Absolutely! While writing the second book I spent a good deal of time convinced it would expose me as the fraud I really am. It’s such a gift having readers wanting to read your next book, but I was terrified of disappointing them. To overcome this and delivery a story that I knew was worth their time, I had to take myself back to how it felt before I had a publishing deal. When I wrote the first book, I didn’t think anyone would actually ever read it, which gave me a lot of freedom. When I put myself back in that headspace, I suddenly felt free to write big and bold.

The Nowhere Child was masterfully plotted. Do you plot your books or write by the seat of your pants?

I spend a lot of time plotting out my books but allow myself to fly by the seat of my pants as I write them. I have the broad strokes of the story in mind, but allow the characters to take the lead. They’re not always right, but they usually lead me to the most interesting places.

I work from home full time, which means my desk is about fifteen feet from my bed and I rarely shower before midday. I usually get up early and work for an hour or two before my wife and dog stir, then we take the dog out for a long walk, and then I’m back to my desk for most of the day. I’m not always working though (I do a lot of procrastination, usually on YouTube).

Right now I’m working on a TV show for Netflix called Clickbait. I’ve also just signed up to write my third and fourth books with Affirm Press, so have started planning out book #3. Can’t wait to share it with you all! 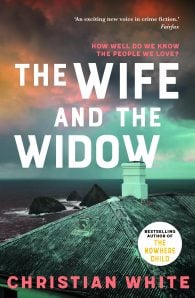 Set against the backdrop of an eerie island town in the dead of winter, The Wife and the Widow is a mystery/thriller told from two perspectives: Kate, a widow whose grief is compounded by what she learns about her dead husband’s secret life; and Abby, an island local whose world is turned upside down when she’s forced to confront the evidence that her husband is a murderer. But nothing on this island is quite as it seems, and only when these women come together can they discover the whole story about the men in their lives.Brilliant and beguiling, The Wife and the Widow takes you to a cliff edge and asks the question: how well do we really know the people we love? 'Her name is Sammy Went. This photo was taken on her second birthday. Three days later she was gone.' On a break between teaching photography classes, Kim Leamy is approached by a stranger investigating the disappearance of a little girl from her Kentucky home twenty-eight years earlier. He believes Kim is that girl. At first she brushes it off, but when Kim scratches the surface of her family background in Australia, questions arise that aren't easily answered. To find the truth, she must travel to Sammy's home of Manson, Kentucky, and into a dark past.As the mystery unravels and the town's secrets are revealed, this superb novel builds towards a tense, terrifying and entirely unexpected climax. Inspired by Gillian Flynn's frenetic suspense and Stephen King's masterful world-building, The Nowhere Child is a combustible tale of trauma, cult, conspiracy and memory. It is the remarkable debut of Christian White, an exhilarating new Australian talent who is attracting worldwide attention.

Christian White is an Australian author and screenwriter. His debut novel, The Nowhere Child, won the Victorian Premier’s Literary Award for an Unpublished Manuscript. He co-created the television series Carnivores, currently in development with Matchbox Pictures and Heyday TV, and co-wrote Relic, a psychological horror feature film to be produced by Carver Films (The Snowtown Murders, Partisan).Born and raised on the Mornington Peninsula, Christian had an eclectic range of ‘day jobs’ before he was able to write full-time, including food-cart driver on a golf course and video editor for an adult film company. He now spends his days writing from his home in Melbourne where he lives with his wife, the filmmaker Summer DeRoche, and their adopted greyhound, Issy. He has a passion for true crime podcasts, Stephen King and anything to do with Bigfoot. The Nowhere Child is his first book. Christian’s currently working on his second novel, due for publication by Affirm Press in 2019. 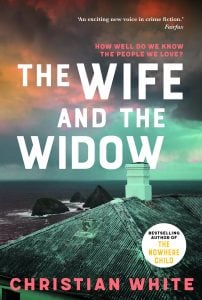