Ideal Flatmate or Soulmate? The Flatshare Author Beth O’Leary on the Joys and Challenges of Flat-Sharing Beth O’Leary studied English at university before going into children’s publishing. She lives as close to the countryside as she can get

while still being in reach of London, and wrote her first novel, The Flatshare, on her train journey to and from work. She is now writing novels full time, and if she’s not at her desk, you’ll usually find her curled up somewhere with a book, a cup of tea, and several woolly jumpers (whatever the weather).

Everyone who has ever shared a flat will tell you that there’s a difference between knowing someone and living with them. Even if you’ve been best friends for a decade, there are some things you’ll only find out about a person once you’ve shared the same space day in and day out. Not just the irritating stuff (why do they always leave wet towels on the floor?!) but nice stuff, too: the extra spoonful of sugar they put in your tea when they know you’re hungover, or the way they cancel their plans to eat ice cream with you in pyjamas if you’ve had a bad day.

When I first moved in with my boyfriend, I thought it would be different – after all, we’d already been in a relationship for years – but it was exactly the same. We became even closer as we found out new things about one another, from his infuriating tendency to leave piles of change on every surface to the way he’ll always leave me the bigger portion of any tasty leftovers in the fridge.

But there were periods of our first year of living together when those little signs were the only way we could get closer. While I was doing an hour-long train journey to work each day, my boyfriend was working nights. We were sharing the same space – the same bed – but we were never there at the same time. I’d get out of bed and go to work just minutes before he would get home from work and get into the bed again! It was such a peculiar way to live, and yet, even though we weren’t seeing each other, we were still getting to know one another better, the way only housemates do.

I learnt to spot the signs that would tell me how he was. How many coffee mugs were there left by the sink when I got home? If it was more than one, I knew he was exhausted. Were his trainers and headphones out? If they were, it meant he’d managed to squeeze in time to go for a run. And we found new ways to communicate: we’d leave out food for one another, buy one another treats, write little notes to make the other person smile when they walked in the door.

It was this experience that gave me the idea for my first novel, The Flatshare. I found myself wondering what would happen if you lived like this with a stranger, sharing a flat but never occupying it at the same time as them. Would you still feel like you were getting to know one another, even if you never met? How would you begin to communicate? And, last and most importantly of all… What might happen if that flatmate was your soulmate? 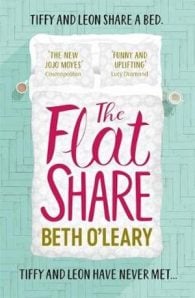 Tiffy and Leon share a flat Tiffy and Leon share a bed Tiffy and Leon have never met...Tiffy Moore needs a cheap flat, and fast. Leon Twomey works nights and needs cash. Their friends think they're crazy, but it's the perfect solution: Leon occupies the one-bed flat while Tiffy's at work in the day, and she has the run of the place the rest of the time.But with obsessive ex-boyfriends, demanding clients at work, wrongly-imprisoned brothers and, of course, the fact that they still haven't met yet, they're about to discover that if you want the perfect home you need to throw the rulebook out the window... 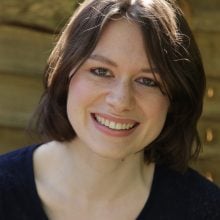 Beth O’Leary studied English at university before going into children's publishing. She lives as close to the countryside as she can get while still being in reach of London, and wrote her first novel, The Flatshare,on her train journey to and from work. She is now writing novels full time, and if she's not at her desk, you'll usually find her curled up somewhere with a book, a cup of tea, and several woolly jumpers (whatever the weather). 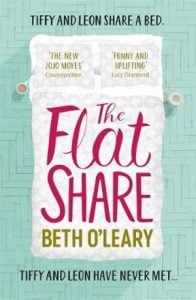 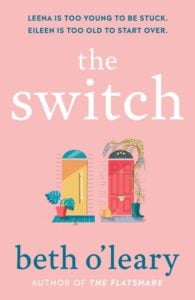