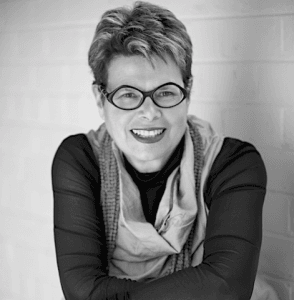 Alison Jones is a Melbourne-based author.

I remember the day of my cancer diagnosis as if it were yesterday, not ten years ago. The numbness, the shock, the need to constantly pinch myself to wake from the bad dream. I was in a daze and words floated in and out of my consciousness: stage 3 multiple myeloma, chemotherapy, your disease is so severe you qualify for two drug trials – but nothing made sense.  Then, a nurse told me that in the past few years there had been considerable research into myeloma and that patients were doing better than ever before. My life may not be over in three months. A sliver of hope.

At the time of my diagnosis I was juggling the demands of having five children aged between nine and sixteen, a full time job, and numerous community commitments. But it was my community that was there to pick me up. A friend organised ‘The Jones Family Food Roster’ and every evening delicious, hot meals – cooked with love to nurture and to heal – were brought to my family of seven from the women within my Jewish community.  Arriving home from the hospital after a day of scans I would discover on my back doorstep steaming soups, sizzling casseroles, or roasted chickens.

As a busy mother I had tended to cook the same six or so recipes for my children day after day, week after week, month after month. As the disease was clawed back and I began to improve, I decided to ask the women making the meals for their recipes. Initially, I was going to photocopy and distribute them to everyone on the Jones Family Food Roster. Then I considered having them printed in a spiral bound recipe book, which morphed into a glossy cookbook with explanatory text and magnificent photos. When I walked into a bookshop to do some research I realised there were hundreds of cookbooks for sale – how could I possibly be successful in this crowded market?

I managed to speak with a publisher who suggested that instead of writing a cookbook with text, I flip the concept and write a memoir with recipes. I was a maths teacher and had always seen myself as having strengths in numeracy rather than literacy, so I decided I’d need to hone my writing skills. I enrolled in a two year Professional Writing and Editing course at Melbourne’s RMIT. Five years later I completed my memoir, The Jones Family Food Roster. Even before it was picked up by Black Inc. publishers, I had decided that all author royalties would be donated to the Peter Mac Foundation for cancer research.

I am planning to raise one million dollars so that other frightened patients who have recently been diagnosed can also hear words of hope, just as I did. To date I have raised over $185,000 and would be appreciative of any help to reach my ambitious goal.

I want this book to offer readers hope in challenging situations; be it an unexpected diagnosis, relationship break down, loss of job or other difficulty. I hope it will provide readers with greater insight into the power of community, the way they live their lives, and what truly matters. My experience helped me gain clarity about what is important – family, health and community – and to avoid situations that undermine and disempower me. 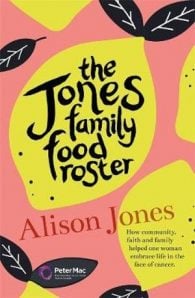 When Alison, a mother of five school aged children, is diagnosed with a rare and incurable cancer she is initially overwhelmed. As a busy working mother she agonises about her future and the effect her treatment regime will have on her family.Then, one of Alison's friends sets up a roster and a home-cooked meal is brought to the Jones family each day. Family favourites and time-honoured recipes- casseroles, soups and traditional Jewish food are cooked with love to nurture and heal. As Alison and her family negotiate her first year with cancer the daily meals become the constant in their lives, bringing them together around the dinner table each evening.Determined not to let cancer define her, and supported by her community, Alison navigates intensive treatment and discovers she can do more than she ever thought possible. When her son is also tragically diagnosed with cancer she is there to support him.Warm, honest and engaging, and including some recipes that sustained Alison and her family, The Jones Family Food Roster will touch your heart and inspire you to reach out to your community. 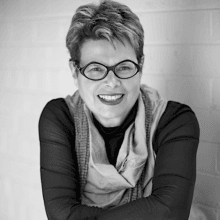 Alison Jones is a Melbourne-based author. 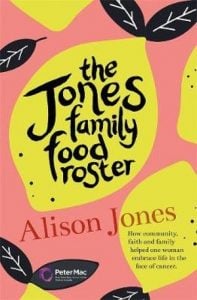