Plenty of Humour and Heart: Read an Extract From Nailed It! by Mel Campbell and Anthony Morris A sparkling, witty and heartfelt story about relationships, love, and one woman’s life-changing journey into the world of reality television.

Rose is feeling frustrated. She finished her carpentry apprenticeship six months ago, and although she was thrilled to land a job with Old Steve, a veteran carpenter with an artisanal, old-fashioned approach, the work hasn’t been quite what she hoped for.  For the first three months, Old Steve only let her make nails, and now she’s crafting her own hammer by hand. She hasn’t been able to take charge of her skills, and the idea of actually making

a cabinet or a dresser seems like a far-off dream.

So when Rose is offered a reality television show audition, she jumps at the chance. Mansions in the Sky is a top-rating program where contestants transform run-down or unfinished houses into glorious mansions, and Rose is hired as an on-camera tradie, someone to help the contestants with the more technical aspects of their renovations. Rose is thrilled—it seems like her luck is changing, and she’ll finally be able to put her carpentry skills to use.

But her glamorous new gig has its downsides. Her artistic parents are disappointed by her decision—they prefer art-house cinema to mainstream television–and Rose’s mother scoffs at Mansions as a “soap opera for dumb people.” The Mansions producers are overbearing and demanding, and Rose finds it hard to make friends on set. The only person who’s nice to her is one of the Mansions contestants, Dave.

In fact, Dave and Rose connect from day one. Dave is genuinely interested in learning about what Rose does, and he’s big-hearted and gorgeous. Unfortunately, he’s also married, and his wife is his partner on the show. Off-camera, however, Dave and Michelle don’t seem to get along at all, while the chemistry between Rose and Dave is undeniable. But Rose is wary—that is, until Dave reveals a secret that changes everything. Then their relationship blossoms, but can true love survive reality TV? As Mansions heats up, the future seems less and less certain…

The new novel from Melbourne-based writing duo Mel Campbell and Anthony Morris, Nailed It! is a sparkling, witty and heartfelt story about relationships, love, and one woman’s life-changing journey into the world of reality television. The book takes a sharp yet loving look at the ridiculousness and the rigmarole of reality TV, and it’s fascinating to follow along as Rose discovers how the Mansions in the Sky producers rig the show to create drama, and manufacture rivalry and competition between contestants who are very friendly off-camera.

Nailed It! features lots of witty dialogue and a deftly written plot that makes some important points about fitting in, standing out and the power of being your true self. Its characters are perfectly drawn, too. Rose is a charming, complex and endlessly relatable protagonist who you’ll connect with instantly, and Dave is loveable and kind. Their natural, easy connection is a refreshing counterpoint to the bizarre fakery around them, and you’ll find yourself cheering them on, hoping against hope that they find their happy ending.

A romantic, clever and thought-provoking story with plenty of humour and heart, Nailed It! is a perfect rom-com read for fans of Marian Keyes and Sophie Kinsella. We can’t recommend it enough. 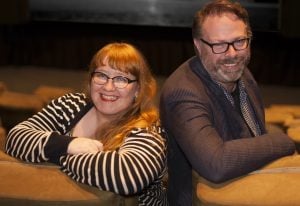 Buy a copy of Nailed It! here. 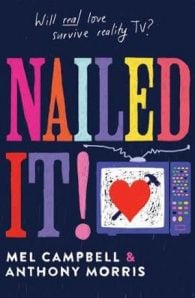 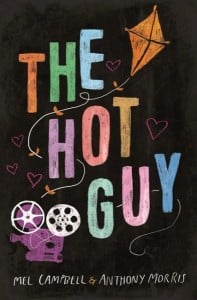