The language of strangers: Holly Ringland on The Lost Flowers of Alice Hart, and on writing and reading as acts of vulnerability and connection ‘I used to think I was the strangest person in the world but then I thought there are so many people in the world, there must be someone just like me who feels bizarre and flawed in the same ways I do.’

Since 2009, when I moved to Manchester to do my MA in Creative Writing, I’ve been lucky enough to return home to Australia almost every year. Manchester is the red brick city where I imagined and wrote Alice Hart to life, in my first novel, The Lost Flowers of Alice Hart. It’s where I’m writing this piece now, at the same desk I sat at for four years, writing through countless drafts before sending my publisher the very final Word document in January 2018. Before publication in March, when I also left Manchester for Australia to go on my first, monumental book tour, my manuscript hung suspended in space, somewhere between being that emailed Word document and an actual book. With a spine. Bearing my name. Destined for bookshops’ shelves. And, possibly even more bewildering, destined for readers.

Although I was living my dream, when it came to the event of publication I was terrified of failing in every way imaginable: the book tanking, people hating it, hating me, misunderstanding it, misunderstanding me. Of being unfairly judged and criticised. Of being hurt. Of not being smart/good/strong enough to do justice to the privilege of being published. Of what life might be like now that I’d written a story I’d spent most of my life too scared to write. To cope, I started consuming wisdom from other authors, taking great comfort in knowing I wasn’t alone in feeling like I was about to free fall, like my internal organs were on the outside of my body for anyone to see. That was when I rediscovered Frida Kahlo’s words about feeling strange. Everything crystallised. What if Alice Hart, and I as her author, did find our readers, our strange kin? What if all the TED talks I’d watched and books on shame I’d read were true; what if, as Brene Brown says, vulnerability truly is the risk we have to take if we want to experience connection?

I was asked in an interview recently, ‘What do you wish you’d known before you wrote this novel?’ My answer was that I wish I’d known I was enough to do it. I wish I didn’t have such a tormented time with anxiety and self-doubt and fear, though I understand why these things ran so deep: I was conjuring traumatic experiences through the act of writing fiction. There’s also another answer, a bigger, deeper answer about stories and connection and universal emotions: I wish I could have known for sure that Frida’s words are true; that the sore, strange place I was drawing darkness and beauty and magic from would connect with the sore, strange place and darkness and beauty and magic in others. That’s how our common humanity works; there is more that connects us than divides us.

Although I largely wrote Lost Flowers by convincing myself that no one other than me would ever read it, there were days at my desk when I couldn’t fool myself: I wanted my novel to find its people. I was driven by a deep, aching desire for connection. To use my voice. To roar like I used to on bushwalks as a child, yelling cooee out into the Australian bush, waiting with breath held to hear someone else, unknown and unseen to me but on the same track, in the same landscape, yell cooee back. I’m here. You’re not alone. It’s what I wanted to feel in my writing; it’s the feeling I wanted Alice and her story to give others.

At my Manchester desk now, remembering the version of myself – only four months ago – sitting here unpublished, suspended, and terrified of what might come, I understand the only way was through. I could not have prepared for the experience of connecting with readers, like the bookseller whose very first words to me were, ‘Just tell me, just tell me, is Alice okay now?’ Or the message I received after one of my events, about a vulnerable teenage girl who had come to see me speak, and later said I’d given her courage to keep writing: she was in therapy to reclaim her life after abuse and was using writing to help her take ownership of her story. Or the women in signing lines who met me and held my offered hands as tears rolled down their cheeks. We didn’t share why. We didn’t have to. The themes in Lost Flowers spoke for us. That’s what stories can do.

When I talk about how the publication of Lost Flowers has exceeded my childhood dreams, it’s not only the incredibly lucky experience I’ve had being published by my HarperCollins team. It’s also the profundity of finding and connecting with readers of my work.

‘I would imagine her, and imagine that she must be out there thinking of me too. Well, I hope that if you are out there and read this and know that, yes, it’s true I’m here, and I’m just as strange as you.’

People often used to say that in publication Alice would take on a life of her own, entirely separate to me. It was a truth that scared me. What’s actually happened has been wonderful and even more overwhelming: Alice Hart has found her way into the hearts of readers around the world to whisper, or roar, cooee. And readers have been kind, big-hearted and generous enough to roar cooee back at me. We’re here. We are strange and sore and hopeful, and we are not alone. 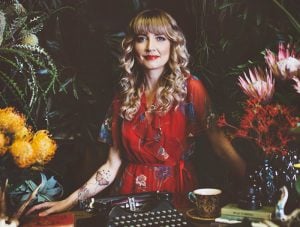 Holly Ringland is the author of the bestselling debut novel The Lost Flowers of Alice Hart. She grew up wild and barefoot in her mother’s tropical garden in Northern Australia. When she was nine years old, her family lived in a camper van for two years in North America, travelling from one national park to another, an experience that sparked Holly’s lifelong interest in cultures and stories.

In her twenties, Holly worked for four years in a remote Indigenous community in the central Australian desert. She moved to England in 2009 and obtained her MA in Creative Writing from the University of Manchester in 2011. She now lives between the UK and Australia. After her family suffers a tragedy, nine-year-old Alice Hart is forced to leave her idyllic seaside home. She is taken in by her grandmother, June, a flower farmer who raises Alice on the language of Australian native flowers, a way to say the things that are too hard to speak.Under the watchful eye of June and the women who run the farm, Alice settles, but grows up increasingly frustrated by how little she knows of her family's story. In her early twenties, Alice's life is thrown into upheaval again when she suffers devastating betrayal and loss. Desperate to outrun grief, Alice flees to the dramatically beautiful central Australian desert. In this otherworldly landscape Alice thinks she has found solace, until she meets a charismatic and ultimately dangerous man.Spanning two decades, set between sugar cane fields by the sea, a native Australian flower farm, and a celestial crater in the central desert, The Lost Flowers of Alice Hart follows Alice's unforgettable journey, as she learns that the most powerful story she will ever possess is her own. 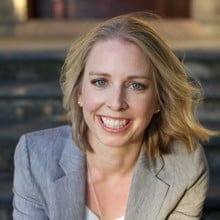 After the birth of her first child, Hannah Richell began writing as a guilty pleasure in stolen moments during her day. Her debut novel Secrets of the Tides was selected as a Richard & Judy Book Club pick and was shortlisted for the Debut Fiction Award at the 2013 Australian Indie Book Awards. 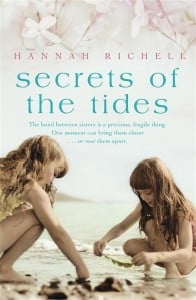 Secrets of the Tides 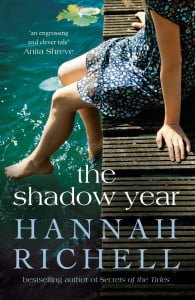 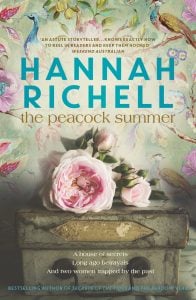 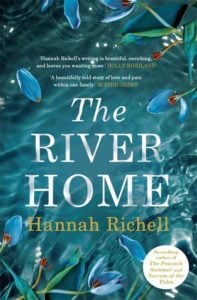