Maggie is a British-born writer who has had four novels published, the first, The Past and Other Lies, was published to critical acclaim in Australia in 2009 and in the US by Felony & 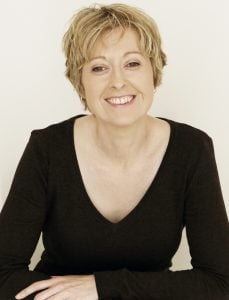 Maggie Joel’s new novel The Unforgiving City will be out in September.

On my third day in Australia I took a bus from the centre of Sydney to what seemed to me, having spent those first three days hugging Circular Quay, the city, Kings Cross – to be placed so far out into the vast unknown wastelands of a city I doubted my ability to find my way back.

The bus brought me – after barely ten minutes on Broadway and City Road – to Newtown.

That first visit – undertaken at the behest of a Berlitz guide promising cafes, cheap beer and student dives – was made on a rainy June evening in 1991. I arrived here then, five years 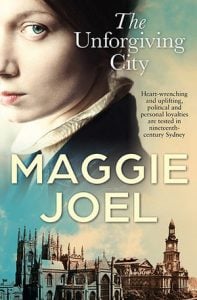 before the bookshop, I now think of my local.

Better Read Than Dead sits at the heart of Newtown, on the gentle curve of King Street that houses the Dendy Cinema and offers views south towards Newtown station and the junction with Enmore Road and Lower King Street where the suburb sloughs off its hipster veneer and assumes the more comfortable mantle of Nineties scruffiness.

We are both here now – Better Read Than Read arrived in 1996, I finally moved here in 2014 after two decades in the wilderness of Outer Inner West apartment living. I have four, almost five, books to my name, Better Read Than Read has a cornucopia of glittering titles as diverse as its customers. Its location, in that sweet spot between the local IGA supermarket, my bank and a café I habitually frequent, means I visit, on average, once a fortnight, sometimes weekly. True, I do sometimes feel the need to shuffle the books around a bit on the ‘J’ shelf,  simply to ensure my own works get their due prominence, but no one seems to mind.

My new novel, The Unforgiving City, is my homage to my adopted home. Its opening scene is set right here in Newtown at a boisterous pro-Federation rally on a rainy night in June of 1899 and the feelings that ran high amongst the local populace that night is hard to find in the gently milling customers who browse the latest releases at Better Read Than Dead on a Saturday afternoon in 2019. But perhaps it is merely a different sort of passion, a passion for books. Each Character’s Story is Completely Gripping: Read an extract from The Unforgiving City by Maggie Joel It Will Sweep You Off Your Feet: Review of The Unforgiving City by Maggie Joel 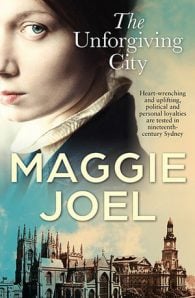 Secrets and lies throw three lives into chaos in the last days of the nineteenth century.Colonial Sydney in the final weeks of the nineteenth century: a city striving for union and nationhood but dogged by divisions so deep they threaten to derail, not just the Federation, but the colony itself. There are chasms opening too when a clandestine note reaches the wrong hands in the well-to-do household of aspiring politician Alasdair Dunlevy and his wife Eleanor. Below stairs, their maid Alice faces a desperate situation with her wayward sister.Despite sharing a house, Eleanor, Alice and Alasdair are each alone in their torment and must each find some solution, but at what cost to themselves and those they love? Evocative, immediate and involving, this is the sweeping story of three people, their passions and ambitions, and the far-flung ripples their choices will cause. 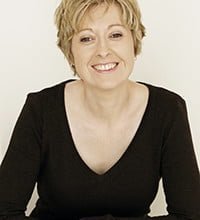 Maggie Joel has been writing fiction since the mid-1990s and her short stories have been widely published in Southerly, Westerly, Island, Overlandand Canberra Arts Review, and broadcast on ABC radio. 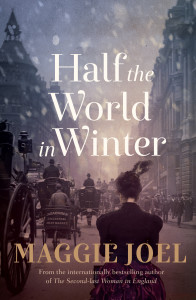 Half the World in Winter 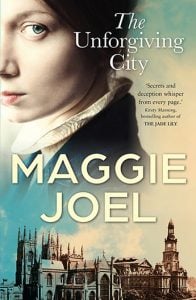