Our recommended Weekend Read is: Savage Congress by Anna Karolina


The Swedes do it better, don’t they? Scandi Noir, that is. And there’s a new kid on the block who is supremely talented, and an ex-cop to boot.

The heroine of Anna Karolina’s debut is a cop too. Not that Amanda went into the force to combat the bad guys. No, it was more a case of a quest to wreak vengeance for the death of her sister. After moving to Stockholm, Amanda’s sister Sanna deteriorated after falling in with the wrong crowd, yielding to drug abuse, being raped and then apparently committing suicide. But Amanda is pretty sure that Sanna, despite everything, didn’t suicide.

And there are other girls too that she is sure didn’t take their own lives, even though that’s what the police report says. But who are all these victims and could the reason for their deaths be something far more sinister? On her quest to uncover the truth, Amanda will stop at nothing. Not only has she become a cop to avenge her sister, she even conducts a relationship with a superior, the bent cop Magnus, and then with Adnan, a criminal from the wrong side of town, to discover what’s really going on.

What Amanda didn’t bargain for, though, was developing feelings for Adnan. He’s just been released from prison and is about to try pulling off another major crime. She has to find out to what extent he was involved in her sister’s death, but not only are her fellow cops closing in on Adnan, the Yugoslav mafia are after him too and she could be about to get caught in the middle. Also in the mix is the sick underworld crime figure Vincent who’s about to launch a new venture that’s enough to shock even the most hardened cops and crims.

This book has it all – a psycho cop, a sick and twisted underworld figure, a likeable criminal, and a good cop hell-bent on revenge. It’s a nail-biting race to the end as Amanda desperately tries to uncover what’s going on and we’re hoping that she hasn’t gone too far. Savage Congress is a perfect weekend read but be warned, clear out your diary, you won’t want to go out once you start this – it’s a twisted, edge-of-your-seat page turner.

Anna Karolina was born and raised in Finspång and moved to Stockholm in 2001 to work for the police. In 2010 she moved to Malmö, where she began her writing career at the Writers’ Academy at the University of Lund. She is also currently working with the Malmö Police Department and lives in Malmö with her husband and two children. Savage Congress is her first novel.

Hanna Löfgren is a freelance translator of Swedish and Spanish. She lives in rural Victoria with her husband and two children. A long-time lover of crime fiction, this is her first translation in this genre. Forbidden Letters, Hidden Truths: The Love That I Have by James Moloney 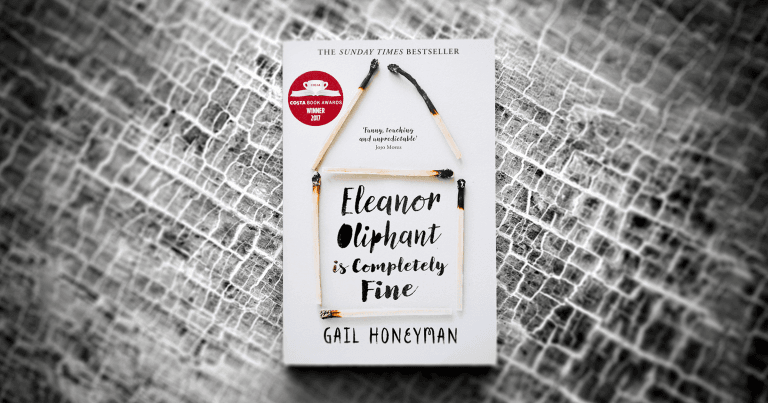 The Odd One Out: read a sample chapter from Eleanor Oliphant is Completely Fine by Gail Honeyman 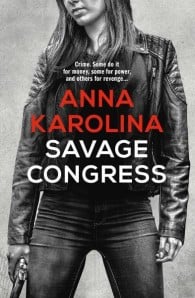 Amanda is a rookie police officer. She has chosen this profession for very personal reasons: her sister's suicide. Someone is responsible for her harrowing end and it is payback time. There are two men on top of her list: one a criminal and the other a police investigator. She is prepared to sacrifice everything in order to find the truth.  Adnan has just served a prison sentence for serious drug offenses. Now he needs to earn some cash to pay his debts. But how? And at the same time he meets a girl who is quite extraordinary. But is she really who she claims to be?  Magnus is a Detective Superintendent and often uses unorthodox methods in his ambition to clean up the streets. He has a weakness for women, but doesn't want them on his team. But when a female trainee who is both sharp and attractive turns up, he considers making an exception. The fates of three very different characters are intricately and skillfully interwoven in an austere and fast-paced urban thriller.  With fourteen years of experience from the police department in Sweden, Anna Karolina describes the police procedures and the criminal underworld with great authenticity.

Anna Karolina lives in Malmö with her husband and two children. Anna has fourteen years of experience from the police department and the way she describes the police procedures and the criminal underworld are very authentic. 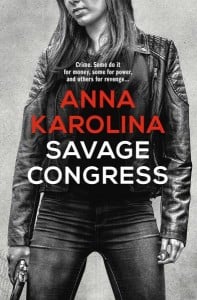