So begins the most unusual murder mystery, veiled, literally, by colour. Thirteen-year-old Jasper Wishart witnesses his neighbour Bee Larkham’s murder. He’s sure of it. If only his synaesthesia hadn’t obscured the whole thing with those psychedelic colours that paint his world. As Jasper explains, ‘my life is a thrilling kaleidoscope of colours only I can see . . . I can’t tell people’s faces apart, but I see the colour of sounds and that is so much better.’ Synaesthesia is a mental disorder in which the brain incorrectly invokes a sense different to the one being stimulated. Someone hears music, for example, and sees a particular colour. In Jasper’s case, he is also afflicted by face-blindness, meaning he can’t recognise what people look like, which makes identifying the culprit in this mysterious murder all the more impossible . . .

So for Jasper, no matter how much he proclaims to know something about Bee Larkham’s disappearance (in fact screaming bloody murder at anyone who’ll listen) he is ignored by the detectives and his father, just because he’s different. They think he’s rambling through rainbow hallucinations; they don’t understand that what he keeps trying to describe are the colours of Bee Larkham’s murder.

But Jasper is diligent with his journal, and on that fateful Friday night he ran home and wrote about the Dark Blue Baseball Cap Man, who has started to invade his nightmares.

Realising that nobody else is going to help him out, Jasper reviews his notebook and sets upon a quest beyond himself, wondering ‘Who has the Dark Blue Baseball Cap Man and what did he want with Bee Larkham?’

In the spirit of Mark Haddon’s seminal, The Curious Incident of the Dog in the Night-Time, Harris has created a character that is totally believable, quirky, and quick-witted. A moment must be indulged to praise some of Harris’s language: ‘We split up like an apple sliced down the middle’; and ‘the thin pastel yellow and soft pink zigzags of police sirens in the distance.’  Playfully boyish, gentle, and at turns poetic – you can tell that Harris has thoroughly enjoyed the uniqueness of her premise.

The book is at turns darkly hilarious and suspenseful. It is one of the most extraordinary and original murder mysteries to arrive in 2018, blending quirkiness and tragedy with a deft narrative voice. Alas, poor Jasper. He is determined to crack the case. But, first, he must  convince everyone he’s not crazy. 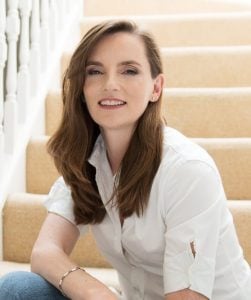 Sarah J. Harris is an author and freelance education journalist who regularly writes for national newspapers. She became fascinated by synaesthesia and face blindness during her work as a journalist. Sarah previously wrote YA under a pseudonym and The Colour of Bee Larkham’s Murder is her debut adult novel. She lives in West London with her husband and two young children. 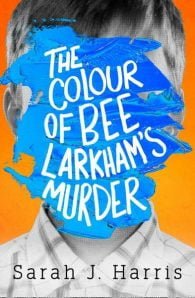 Jasper is not ordinary. In fact, he would say he is extraordinary…Synaesthesia paints the sounds of his world in a kaleidoscope of colours that no one else can see. But on Friday, he discovered a new colour – the colour of murder.He’s sure something has happened to his neighbour, Bee Larkham, but no-one else seems to be taking it as seriously as they should be. The knife and the screams are all mixed up in his head and he’s scared that he can’t quite remember anything clearly.But where is Bee? Why hasn’t she come home yet? Jasper must uncover the truth about that night – including his own role in what happened… 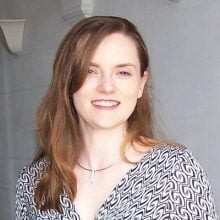 Sarah J. Harris is an author and freelance education journalist who regularly writes for national newspapers. She became fascinated by synaesthesia and face blindness during her work as a journalist. Sarah previously wrote YA under a pseudonym and The Colour Of Bee Larkham's Murder is her debut adult novel. She lives in West London with her husband and two young children 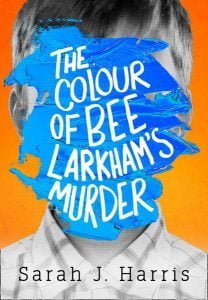 The Colour of Bee Larkham's Murder