Writing Fear: The Spite Game author Anna Snoekstra on why she writes thrillers 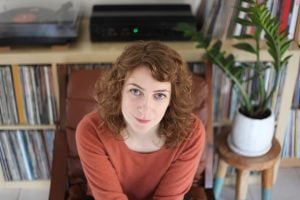 Daughter, was released in 2016, and is currently in the works to be turned into a feature film with Universal Pictures. Her second, the acclaimed Little Secrets, was released in 2017. Her first novel for Young Adults, the bestselling Mercy Point, is out now, as is her new thriller, The Spite Game. Anna She currently lives in Melbourne with her husband and tabby cat.

Read our full review of The Spite Game here

When I was a kid I wasn’t allowed to watch anything violent. My mother said she was sick of seeing young women’s dead bodies being fetishised for entertainment. I didn’t really know what that meant. What I did know was that the sanction made me desperately crave to understand the secret world of Law and Order.

I clearly remember waiting for my parents to go to bed, then sneaking into the lounge room. Like the creepy kid from Poltergeist (not that I had seen it) I’d sit in the dark room in front of the television. I’d already studied the TV guide, so I knew when the foreign horror movies were on SBS. With the sound off and reading the subtitles, I watched some of the strangest, and most bloody films the world had to offer. Flinching at every creak the house made, I wasn’t sure if I was more afraid of being murdered by whatever bad guy was in the movie, or being sprung by my mother.

My behaviour changed slowly at first. I wouldn’t walk through parks past 6pm. I wouldn’t listen to music on my way home from the tram stop after I finished late at work. I began to see myself as a victim and, in some ways worse, every man as a possible attacker.

One night I was home alone. After a few hours of my heart racing at every sound I got up to turn the front light on. Then the kitchen light. Then my housemate’s bedroom lights. If the house was lit up like a Christmas tree, then no one would break in, right? But then I started to worry that it would make the house look like the most inviting on the block. There could be some deranged psychopath walking down the street looking for a door to knock on.

The fear shifted then, turned nameless. I began to be afraid of strange things. Like long car rides, or aeroplane take-offs. I would worry about them in the days leading up, so that I couldn’t sleep properly or focus on anything else.

When I went to see a counsellor, they told me to start a gratitude journal. They said if I wrote down my happy thoughts I would reinforce them. Instead, I wrote down my fears. I turned them into characters and gave them voices, I watched them play out the worst-case scenarios that ran around my head at night. I took the circular thoughts and made them linear. I gave them an ending, where the girl would figure out the mystery, beat the bad guy and come out of it all with her heart still beating. Writing crime stories became a safe place to explore my fears.

Before this, I’d never been interested in reading crime novels. I hadn’t seen the point. Why would I want to read about some washed up male detective solving the mystery of yet another beautiful dead girl? I had no idea that the genre was being reclaimed. More and more of the crime section was being taken over by women. Instead of the same old story of good vs. evil, I found stories without clear heroes. Stories that scrutinised violence against women, as well as subverting it. The women in these stories weren’t only corpses in a morgue, they were active, strong and flawed. They weren’t just victims, they were fully rounded characters.

In my first novel, Only Daughter, I attempted to challenge the trope of the missing woman. I gave my missing girl a voice, let her tell her story her own way and be the master of her destiny. In Little Secrets, Rose re-writes the story of the mystery in her town. Working as a barmaid, she goes head to head with the patriarchal forces of law, religion and government that set the rules of her community.

Now, with The Spite Game, emotional violence takes centre stage. Ava is definitely not your average character. She is both victim and aggressor, hero and villain. She is the one hiding in the shadows and peeking through windows. The world of this novel is almost entirely female.

You would think spending your days reading and writing about the worst of human nature would be disturbing. It is. But being one of many female authors working to reclaim the crime fiction genre is definitely worth it. I no longer see myself as a victim. I sleep soundly when home alone. With my pen, I am re-casting women as masters of their own stories. 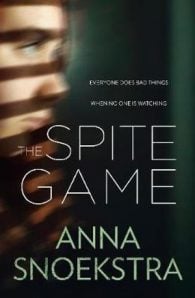 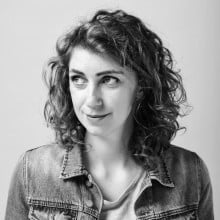 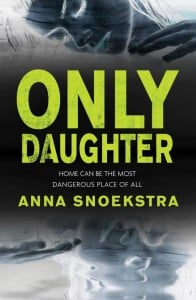 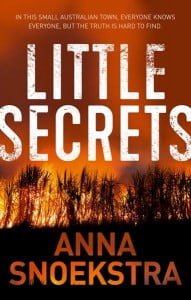 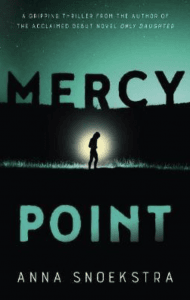 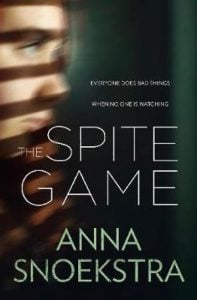