Podcast: Sami Tamimi and Tara Wigley on Food, their Collaboration… and Hummus Foodie, Cheryl Akle has her dream guests on today – Sami Tamimi and Tara Wigley talk about food, the Ottolenghi empire, and their bestselling cookbook collaborations.

Sami Tamimi was born and raised in Jerusalem and was immersed in food from childhood. He started his career as commis-chef in a Jerusalem hotel and worked his way up, through many restaurants and ethnic traditions, to become head chef of Lilith, one of the top restaurants in Tel Aviv in the 1990’s. Sami moved to London in 1997 and worked at Baker and Spice as head chef, where he set up a traiteur section with a rich Middle-Eastern and Mediterranean spread. In 2002 he partnered with Noam Bar and Yotam Ottolenghi to set up Ottolenghi in Notting Hill. The company now has four stores and two restaurants, NOPI and ROVI, all in central London. In his position as the executive head chef, Sami is involved in developing and nurturing young kitchen talents and creating new dishes and innovative menus.

Alongside Yotam Ottolenghi, Sami Tamimi is co-author of two bestselling cookbooks: Ottolenghi: The Cookbook and Jerusalem: A Cookbook.

Tara Wigley spent a decade working in publishing – at the Abner Stein Literary Agency in London and then Simon & Schuster – before going to cookery school in Ireland when her twins were 18 months old. She met Yotam Ottolenghi in 2011 and has been writing in collaboration with him ever since. She began by developing, testing and writing recipes for Yotam’s weekly column in the Guardian magazine and his longer monthly column, in 2017, for the New York Times. Plenty More. NOPI: The Cookbook, SWEET and Ottolenghi SIMPLE were all written with Tara. 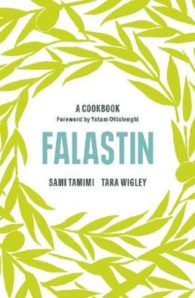 FALASTIN is a love letter to Palestine, the land and its people; an evocative collection of over 110 unforgettable recipes and stories from the co-authors of Jerusalem and Ottolenghi: The Cookbook, and Ottolenghi SIMPLE.Travelling through Bethlehem, East Jerusalem, Nablus, Haifa, Akka, Nazareth, Galilee and the West Bank, Sami and Tara invite you to experience and enjoy unparalleled access to Sami's homeland. As each region has its own distinct identity and tale to tell, there are endless new flavour combinations to discover.The food is the perfect mix of traditional and contemporary, with recipes that have been handed down through the generations and reworked for a modern home kitchen, alongside dishes that have been inspired by Sami and Tara's collaborations with producers and farmers throughout Palestine.With stunning food and travel photography plus stories from unheard Palestinian voices, this innovative cookbook will transport you to this rich and complex land.So get ready to laden your table with the most delicious of foods – from abundant salads, soups and wholesome grains to fluffy breads, easy one-pot dishes and perfumed sweet treats – here are simple feasts to be shared and everyday meals to be enjoyed. These are stunning Palestinian-inspired dishes that you will want to cook, eat, fall in love with and make your own. 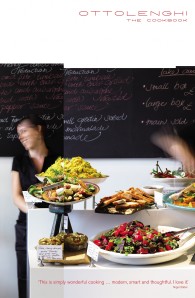 Ottolenghi is one of the most iconic and dynamic restaurants in the country. Its unique blend of exquisite, fresh food, abundantly presented in a cutting-edge, elegant environment, has imaginatively redefined people's dining expectations.For the first time, Yotam Ottolenghi and Sami Tamimi are publishing here their superb sweet and savoury recipes. Yotam and Sami's inventive yet simple dishes are inspired by their respective childhoods in West and East Jerusalem but rest on numerous other culinary traditions, ranging from North Africa to Lebanon, Italy and California.The 140 original recipes cover everything from accomplished meat and fish main courses, through to many healthy and quick salads and suppers, plus Ottolenghi's famous and delectable cakes and breads.Ottolenghi: The Cookbook captures the zeitgeist for honest, healthy, bold cooking presented with flair, style and substance. This painstakingly designed book, lavishly photographed book offers the timeless qualities of a cookery classic.

Sami Tamimi's intimate engagement with food started at a tender age, whilst watching his mother prepare Palestinian delicacies at their home within the walls of Arab East Jerusalem. His first job was as a commis chef at the Mount Zion hotel in the city. He thereafter investigated some of his culinary passions, including the food of Yemen, Morocco, Egypt, Persia and even the Eastern European Jewish communities. In 1997 he moved from Tel Aviv to London to work at Baker and Spice, creating a unique traiteur section with the strong identifiable flavours of the Middle East. In 2002 he teamed up with Yotam to open Ottolenghi. 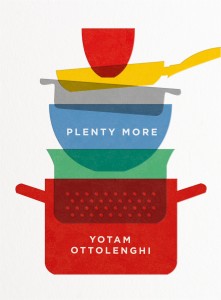 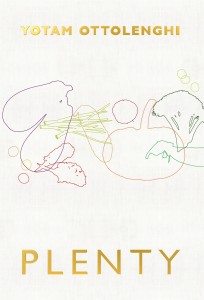 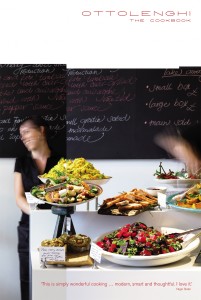 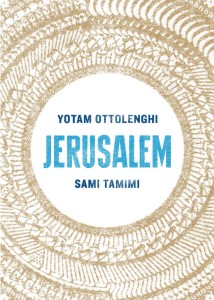 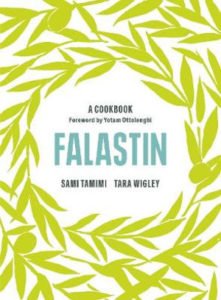