Love and Espionage: Read an Extract from The Spy’s Wife by Fiona Mcintosh Max looked at his watch, and a sinking realisation that he was late plunged through him. His heavily pregnant wife was surely expressing her disappointment at this moment to her family. It was past nine and the time had got away from him. In his defence, slim as it was, he’d warned her that he had a meeting after work. Despite this, she’d insisted on calling together her parents and sisters for Jonas’s birthday celebration.

‘You don’t have to be home for all of it. Just be back in time to see everyone,’ Rachel had pleaded softly. ‘Jonas will be asleep within an hour of them all arriving anyway.’

She rarely made demands on him. Theirs was a gentle, peaceful relationship. Two inherently quiet people had found each other; her laughter was a balm to his remoteness, and they always found plenty of amusement and love to share . . . especially for their son, turning three.

‘So the celebration is really for you,’ he’d teased.

‘Of course. Any excuse to celebrate his life. Consider yourself lucky I’m not that religious or we’d be cutting his hair for the first time and having quite the ritual gathering.’

He pulled a face at the thought. ‘I will be late, but I’ll get home as fast as I can.’

‘Thank you.’ She kissed him and then stroked his face, lingering. ‘I love you, Max.’

She laughed. ‘Is that meeting really so important?’

He sighed. ‘It is, I’m sorry. The expansion of our rail network waits for no one.’ He planted a peck on her cheek. ‘Be good for your mother, Jonas,’ he said, crouching to kiss his son’s head. Jonas managed a chubby wave and a beaming smile that showed off his glimmering infant teeth, now a complete set…

Buy a copy of The Spy’s Wife here. 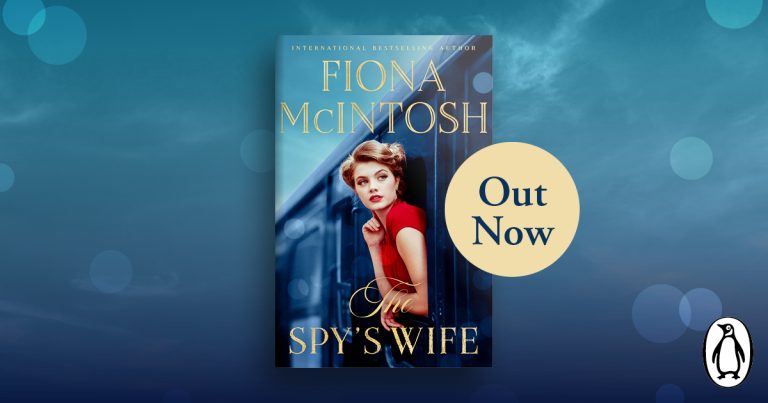 A High-Stakes Historical Thriller: Read Our Review of The Spy’s Wife by Fiona Mcintosh The highly anticipated new historical adventure from the bestselling author of The Champagne War.Evie, a widow and stationmaster’s daughter, can't help but look out for the weekly visit of the handsome man she and her sister call the Southerner on their train platform in the wilds of northern England. When polite salutations shift to friendly conversations, they become captivated by each other. After so much sorrow, the childless Evie can’t believe love and the chance for her own family have come into her life again.With rumours coming out of Germany that Hitler may be stirring up war, local English authorities have warned against spies. Even Evie becomes suspicious of her new suitor, Roger. But all is not what it seems.When Roger is arrested, Evie comes up with an audacious plan to prove his innocence that means moving to Germany and working as a British counter-spy. Wearing the disguise of dutiful, naïve wife, Evie must charm the Nazi Party’s dangerous officials to bring home hard evidence of war mongering on the Führer’s part.But in this game of cat and mouse, it seems everyone has an ulterior motive, and Evie finds it impossible to know who to trust. With lives on the line, ultimate sacrifices will be made as she wrestles between her patriotism and saving the man she loves.From the windswept moors of the Yorkshire dales to the noisy beer halls of Munich and grand country estates in the picture-book Bavarian mountains, this is a lively and high-stakes thriller that will keep you second-guessing until the very end.